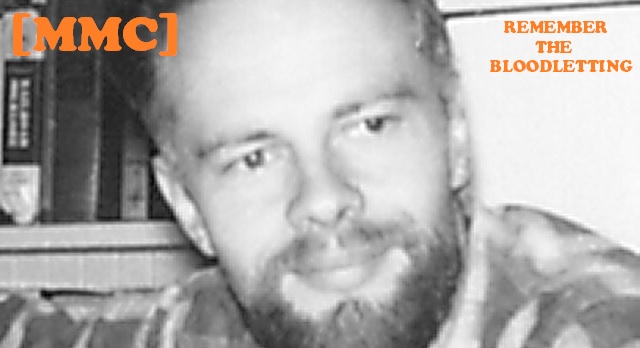 One time I got my ram stolen.

It was to be a bloody, gruesome, and glorious rite of passage.

But I woke up to Skinny Tina, my kid sister, screeching “He stoled it! He stoled Demeter!”

Peter-Boy was my rival, and not in no friendly way, neither. His family’d provided more for him than they’d ever should have. And the Tribe’d provided more than it should have. But he just couldn’t get his shit together. So when he lost his family’s goat just a week before his thirteenth Harvest Festival, he found himself in the most unenviable position of not having a viable sacrifice for the Great Altar.

No sacrifice, no way to prove Worth to the Tribe. And let me tell you, the stink of trying to prove your Worth during your fourteenth Harvest? It don’t dissipate quick.

That nite, I became a Member Whose Voice is Heard. And I did it by spilling blood for the second time that day. And it was bloody and gruesome and glorious.

Welcome to the MONDAY MORNING COMMUTE! Remember way back in kindergarten when you’d have to bring in something to show the class? And then you’d tell the class all `bout it? And everyone would get excited? And then you’d kinda forget that you were even in school in the first place?

Think of the MMC as the same idea, just amplified in importance. What sort of pop culture, subculture, and uncultured nonsense are you going to consume to stave off the Void this week?

I’ll get us started!

END_OF_DOCUMENT_TOKEN_TO_BE_REPLACED

Monday Morning Commute: The Sky Above Was Neon

I suppose, invariably, writing Monday Morning Commute on an actual Monday evening will find me: tired, stank-ass from the gym, palming my eye sockets attempting to figure out what to say. So, invariably, here we are. Here I am. Stank ass. Tired. Palming my eye sockets, praying to the Elder Ones to provide Divination. I’m tired, you’re tired. I’m somewhat fulfilled, in a somewhat fulfilling job, that compensates for its fulfillment by being tenuously existent from semester to semester, and perpetually stressful about said existence. But as the French Philosopher CaffPow once said, “C’est la adjunct life or some shit.” He said that. I said that. I hope you’re feeling at least as fulfilled as me, minus the stress, the perpetual scrotum-shrinking stress of contemplating the harrowing, horrifying prospects of what Next Semester Will Bring, less than a week into This Semester.

Fuck, fuck me, I’ve gotten myself off one of them Old Tangents. They used to be about how I beat my meat inconsolably to gifs of Katy Perry or some shit. Many moons ago. Now they’re just another tepid meat-case lamenting its tepidity whilst stuck in said meat-case, completely ignoring how Goddamn Good the meat-case has it Relative To So Much Of The World.

But, uh, buddy. Buddies. How are you folk-fuckers doing? What are you up to this week? Watching anything dope? What are you sweating? Anticipating playing anything dope? Sharing the answers to said questions is not cheating, folk-fuckers. No, in fact, it’s encouraged in this post here’s comments section. One could even say it’s the fucking raison d’être (the phrase popped into my head but truthfully I had to Google it to confirm it actually was a phrase) of this entire column. Generating a self-sustaining Community Bubble wherein we can share what we’re STOKED and JACKED for during a given week.

Hope to see you in the comments section! Folk-fuckers!

END_OF_DOCUMENT_TOKEN_TO_BE_REPLACED

Watch: El-P drops a ‘Run The Jewels 3’ snippet. I can barely handle it.

END_OF_DOCUMENT_TOKEN_TO_BE_REPLACED 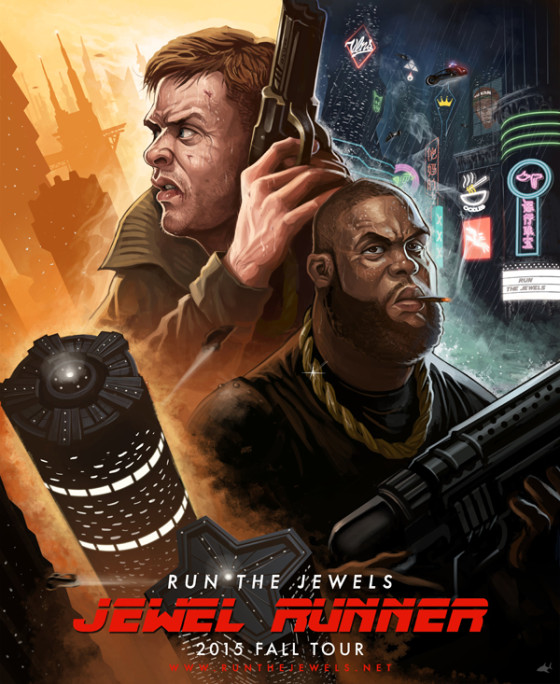 This is, objectively, the dopest thing ever. It almost, *almost* makes up for the fact that they’re not coming to Boston for their Fall Tour. 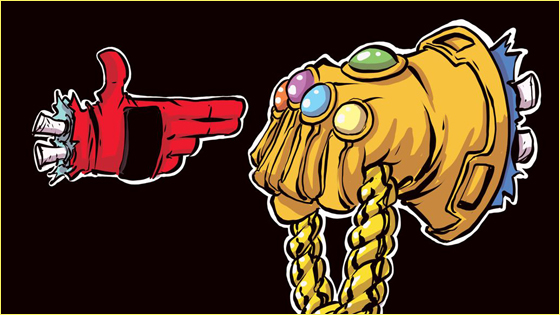 It’s always nice to know that people get you and what you’re about. And so it’s been dope today. No less than five people have pushed this news along to me today as I worked. Ya’ll beautiful. As beautiful as these FUCKING RUN THE JEWELS VARIANT COVERS OH FUCK YES.

END_OF_DOCUMENT_TOKEN_TO_BE_REPLACED 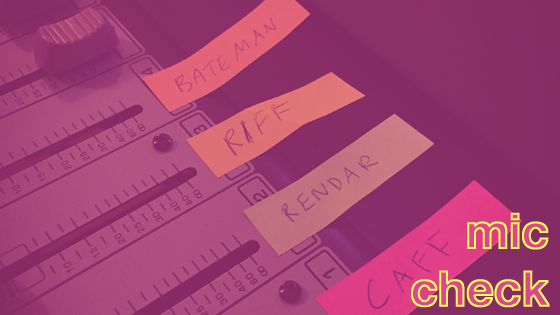 Hello, fellow cosmonauts. This is View from the Space-Ship. Where I share what my compartment of this old Tin Bucket has looked like over the past week. I’m truthfully fighting sleep as I type this. So here you go! If you’re inclined, and I hope you are, share your own pics in the comments.

END_OF_DOCUMENT_TOKEN_TO_BE_REPLACED

Woo! Look at Killer Mike fucking have at it! From a super-froggy-fresh live performance of “Run the Jewels.” Killer Mike? That’s how I’m feeling on this final day of the long weekend. Nothing like sleeping in late three days in a row to revive the synapses, restore the soul, and pack on an easy five pounds or so. This is Monday Morning Commute, the column where I share the esoteric entities (not really) in my existence that are helping me get through a given week. I spread them all around the ground, pointing at them while shouting “Fuck!, Fuck!, Fuck!, Delicious!” This serves to let you know I love them. After that, you share your dilly dallyings in the comments.

END_OF_DOCUMENT_TOKEN_TO_BE_REPLACED 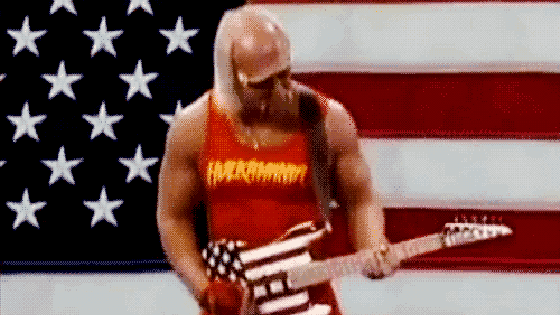 Hello friends and family aboard the Spaceship Omega. As we hail from the Empire Proper, the lot of us shall be celebrating the Fourth of July. You’re not from this Solar System? Confused as to how we rock our celebrations around these parts? It’s simple! All you have to do to join us is fill yourselves with chemical-soaked animal flesh. In-between teeth gnashing the bits, swallow healthy amounts of Amber Liquids. These suds shall assuage the indigestion. Not only that, but they shall elevate you to another plane. Careful, though. Should you consume too much Amber Liquid and Animal Flesh, you may theoretically pass out in the kiddie pool. With your pants down. Theoretically, you’ll wake up lobster pink. The children will notice your lack of pants, the parents will notice the vomit baked into your beard.

So even though it isn’t in league with the celebration, I also caution temperance.

What are you doing to do the rest of the week? Glad you asked. Here is Monday Morning Commute, the column where us populators of the OL-Satellite share what we are up to during a given seven-day stretch.

END_OF_DOCUMENT_TOKEN_TO_BE_REPLACED

MONDAY MORNING COMMUTE: IN SPACE NO ONE HEARS YOU CREAM 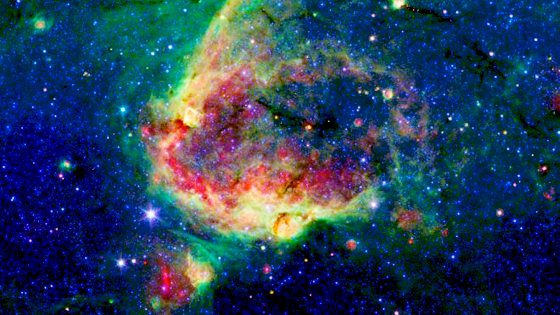 Hello friends! This is Monday Morning Commute, the column where we share what we’re digging on in a given week. I will be honest – I’m currently treating this like a lightning round edition. The real shit is going to have to take place in the comments section. I’m trying to follow all of E3, while attempting to take a shower, jack one out, and plan a class for next week.

END_OF_DOCUMENT_TOKEN_TO_BE_REPLACED

Weekend Open Bar: Out the Other Side!
Space Swoon: Hubble captures a gorgeous tapestry of thousands of stars. Fucking universe, man!
Sony announces PlayStation 5 event for June 4th. Hope they show actual decent amount of gameplay, unlike fucking Microsoft’s event
‘Upgrade’ TV series coming from director Leigh Whannell and Blumhouse. This fucking rocks, dudes.
Martin Scorsese teaming-up with Apple to make expensive-ass ‘Killers of the Flower Moon’ movie adaptation
Xbox Series X gonna be able to improve older games with HDR and 120 fps. Excessive, but neat
Henry Cavill in talks to return as Superman in upcoming DC movie. Sure, why not?
Christopher Nolan crashed a real Boeing 747 for ‘Tenet’ instead of using CG. Fucking respect, man.
The Safdie Brothers sign first-look deal with HBO. Uncut awesomeness, amirite?
Sony is planning a PlayStation 5 conference for next week, on June 3. Give me a fucking launch date and price, I beg you!