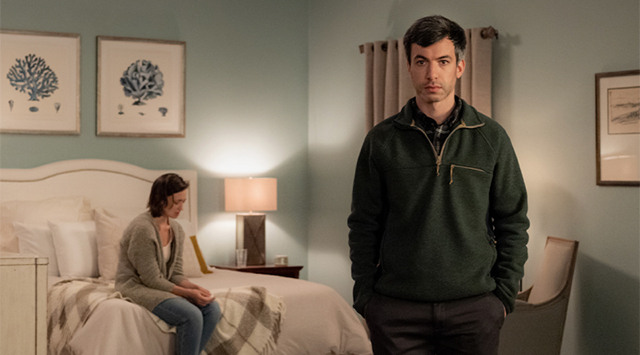 There will be more Nathan Fielder for you coming soon.

HBO has renewed Fielder’s “The Rehearsal” for Season 2. The critically acclaimed dramedy concludes its first season this week.

The genre-bending series explores the lengths one man (Fielder) will go to reduce the uncertainties of everyday life. With a construction crew, a legion of actors, and seemingly unlimited resources, Fielder allows ordinary people to prepare for life’s biggest moments by “rehearsing” them in carefully crafted simulations of his own design. When a single misstep could shatter your entire world, why leave life to chance?

Fielder writes, directs, stars, and serves as executive producer of the series.

“Nathan has sparked such a lively conversation with ‘The Rehearsal,’” Amy Gravitt, executive vice president of HBO Programming, said. “We have no idea where Season 2 will take us, and that is the delight of this boundary-pushing show from a truly singular talent.”

IndieWire’s Ben Travers previously praised “The Rehearsal” as a “grand HBO experiment” that achieves “next-level entertainment” with Fielder as the creator.

“If ‘The Rehearsal’ was only about whether Fielder’s approach pays off every week, it would still be among the best episodic reality shows on TV. But Fielder goes further,” Travers wrote. “Considering the perfectionist streak running through the production, it’s no surprise ‘The Rehearsal’ is thoughtfully edited and executed, with an ending to the premiere that packs quite a punch. But most of all, ‘The Rehearsal’ will move you. Even as a genre hybrid, rigorously blending raw reactions with scripted machinations, Fielder’s series honestly explores his subjects’ journeys as well as his own.”

The A- review concluded, “There’s plenty more to mine in a series that’s easy to enjoy and hard to stop thinking about.”

IndieWire formerly deemed Fielder’s sketch series “Nathan for You,” which aired from 2013 through 2017, as “the greatest reality TV show ever made.”

In addition to “The Rehearsal,” Fielder is slated to star opposite Emma Stone for the Safdie Brothers’ HGTV spoof series “The Curse” for Showtime. Stone and Fielder will play a married couple in a scripted comedy that “explores how an alleged curse disturbs [their relationship] as they try to conceive a child while co-starring on their problematic new HGTV show,” per an official production description.