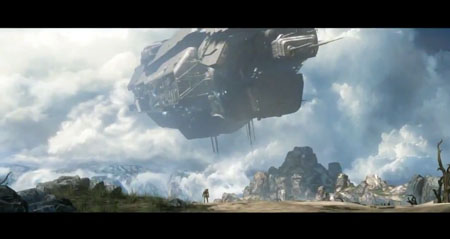 MS opened up their media briefing and all of E3 with this vid, the first look at the Halo 4 campaign.  Feels like more than just a little nod to Metroid Prime, aesthetically.

Hit the jump for the vid, and links to more vids, including B-Roll campaign footage and some multiplayer from the new Spartan Ops mode.

END_OF_DOCUMENT_TOKEN_TO_BE_REPLACED 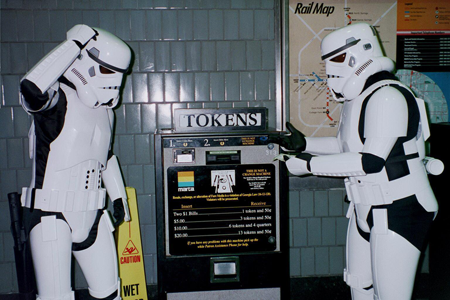 Microsoft’s currency system sucks right now. The space bucks, as our own The Dude calls them seldom make sense and guarantee Microsoft fucks you for extra cash. Thank the Maker, the company is doing away with the virtual rupees.

END_OF_DOCUMENT_TOKEN_TO_BE_REPLACED 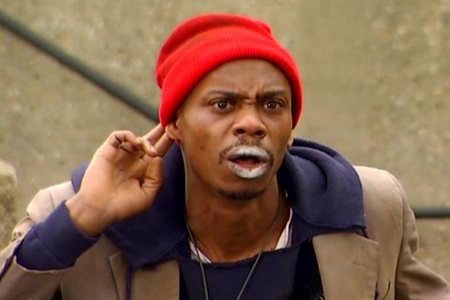 If the next Xbox launches in 2013, the 360 will have been kicking around for eight  fucking years. That’s a hell of a generation.

END_OF_DOCUMENT_TOKEN_TO_BE_REPLACED 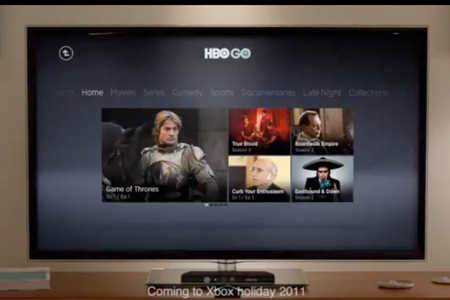 Cyeah, boi. Microsoft has revealed their partners for their TV service. HBO Go on my Xbox? Sounds fucking tight, since they don’t let you output from an iPad through your TV. Fascists.

Hit the jump for a video of pretty people enjoying it, and their official partners.

END_OF_DOCUMENT_TOKEN_TO_BE_REPLACED

Kinect Parental Controls Could Automatically Decide What You Watch. By Your Body Size. 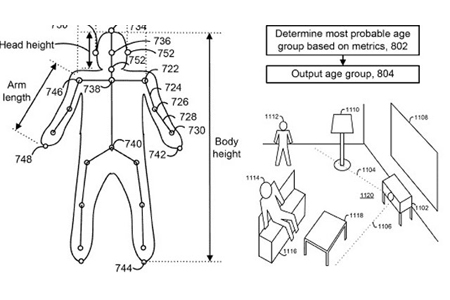 Grown ass people who are vertically challenged could be in for a bit of a snafu if a patent Microsoft filed ever comes to fruition. Parental controls determined by your body dimensions? I see. I see.

END_OF_DOCUMENT_TOKEN_TO_BE_REPLACED 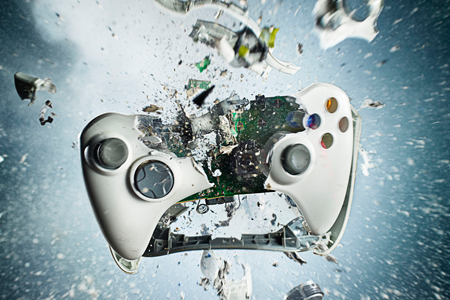 Some people have dope fucking jobs. Photographer Dan Saelinger was tasked by Fortune Magazine to come up with a shoot based around the concept of gaming’s demise. Dan elaborates on his blog:

We came up with a concept to incorporate still and video footage of exploding consoles and controllers, particularly Xbox 360â€²s, for the story. The shoot took place at a pyrotechnics studio in Brooklyn called J and M Special Effects. The location was great because they have a permanent NYC explosives permit as well as a pyrotechnician on staff. Below is a behind the scenes video of the initial set up.

The result is gorgeous. Hit the jump for a video of an Xbox 360 exploding in slow motion. For PS3 fanboys, it’s probably orgasmic. To me it’s just very, very cool.

END_OF_DOCUMENT_TOKEN_TO_BE_REPLACED

Gears of War 3: Chicks Can Be Jacked HGH Freaks of Nature Too! 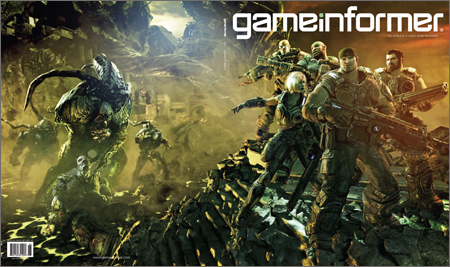 The cover for this month’s Game Informer is out, and it proves one thing: chicks can be jacked freaks of nature too! Go post-apocalyptic equality! I’ve made my feelings on the Unreal Engine abundantly clear.

Multiple times. But I love it.

I can’t wait for Gears of War 3. It’s going to make my balls hurt with testosterone, and apparently estrogen fury. 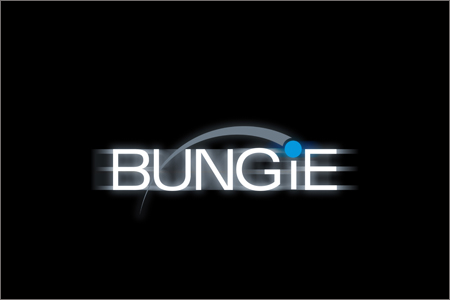 Activision, who already owns the fucking gaming universe, just got more powerful. They’ve struck a deal with Bungie to publish their post-Halo games for the next ten years. G’damn!

According to the official press release, “Under the terms of the agreement, Activision will have exclusive, worldwide rights to publish and distribute all future Bungie games based on the new intellectual property on multiple platforms and devices. Bungie remains an independent company and will continue to own their intellectual property.” From the sound of it, Activision gets to publishing rights to one IP on multiple platforms. This agreement certainly does not mean that Bungie is part of Activision.

It’s pretty fucking impressive. The company that has Guitar Hero, World of Warcraft, and Call of Duty just got fanboy faves into the their stable. You can lead anything with a fucking fuckload of fucking cash to uh, developmental water. Or something. It’s a pretty dope deal for Activision too, since Infinity Ward is all but eviscerated, and who the fuck knows what’s going to happen with the Modern Warfare splinter of the Call of Duty franchise. 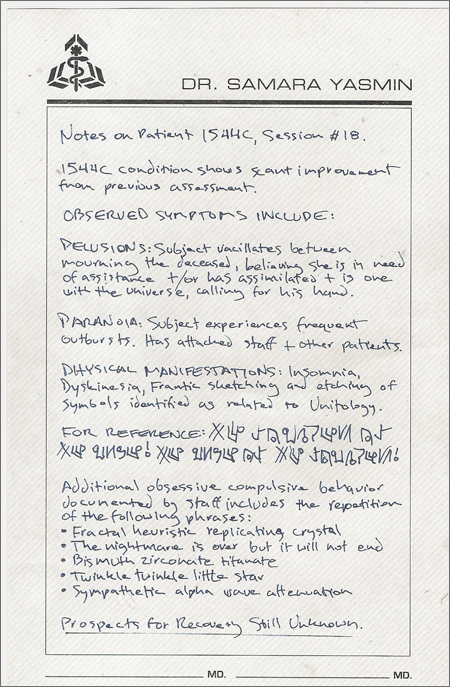 Yo! EA Games and Visceral, I’m a big fan of Dead Space. Huge fan. One of my favorite games of the generation. So feel free to send me shit like this:

Reader Brian Hackney gets some weird stuff in his mail. He just shot over to us some strange Dead Space 2 material that showed up in his real-life inbox the other day. The documents include notes from a doctor who seems to be taking care of someone who is undergoing transformation into a Necromorph, a Rorschach test and an envelope with a stain on it that resembles the silhouette of a man. 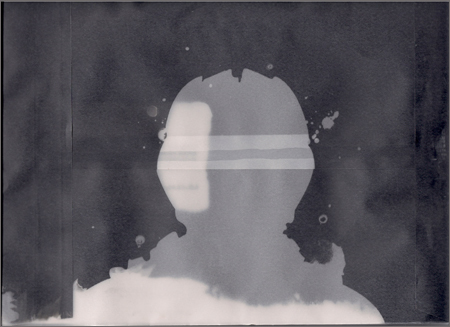 Sounds pretty fucking rad and creepy. The day I begin receiving mysterious viral packages from gaming companies is the day I’ll consider myself a success. Until then, feel free to mail me your video game accessories and pictures of Christina Hendricks. 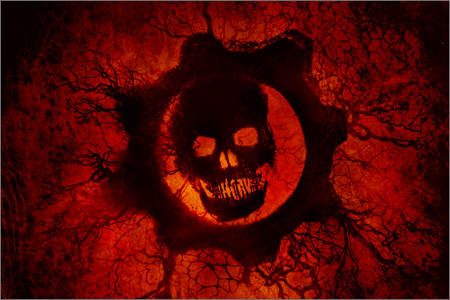 Alright, there isn’t much super-violence in this trailer, but there clearly is an insane amount of dense-muscle fiber. I enjoy how they try to make the game so thematic and emotional, when I just want to be killing dudes with my fucking chainsaw gun.

It’s going to be righteous, though. When this drops I’m going to pop a viagra, snort a pixie stick or seven, and party the fuck out!