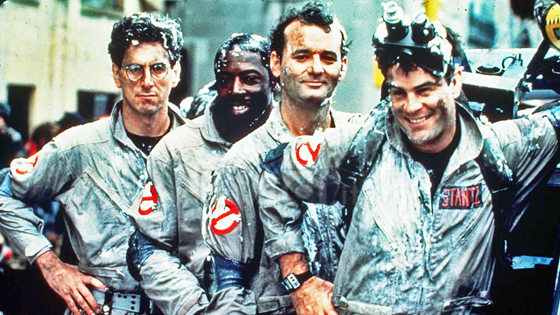 Oh man. Somewhere right now in this Universe our own Rendar Frankenstein is arching his back in a pants-splitting ejaculation rocket. Yes, it’s true. We are telepathically connected. Yes, this means I get strange boners in the middle of the night when he’s watching Only God Forgives for the 300th time in order to write a term paper about Lacanian Something Such. But it also means that *me* knowing about a Ghostbusters return to theaters means *he* also does. And I imagine he’s happy.

END_OF_DOCUMENT_TOKEN_TO_BE_REPLACED 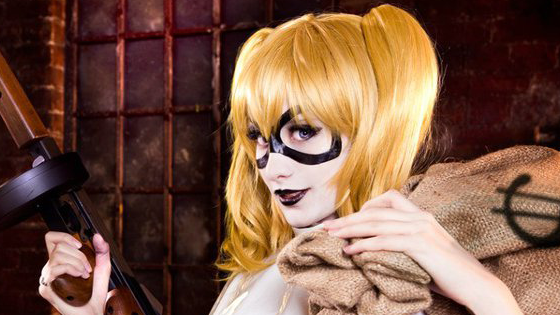 Am I even trying anymore with these headlines? I don’t know bruh, you tell me. Actually, don’t fucking tell me. Because I know the answer. It ain’t about the content it’s about the…wait, that isn’t right. Umm.

(Hit the jump for cosplay, go away.)

END_OF_DOCUMENT_TOKEN_TO_BE_REPLACED 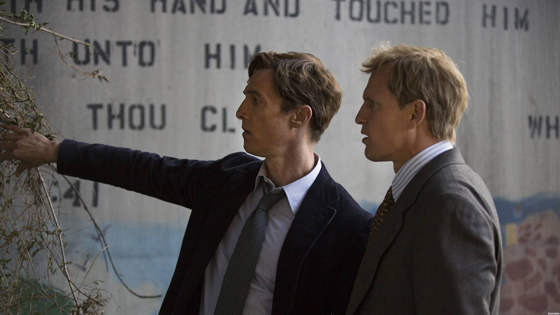 Yeah cause like True Detective is all like cosmic horror and shit. Oh whatever. Mondo bringing the heat as usual, laying out some gorgeous posters for what is currently my biggest television stiffy.

END_OF_DOCUMENT_TOKEN_TO_BE_REPLACED 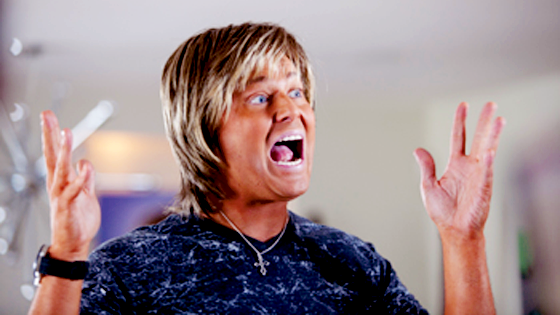 Sorry, sorry. So much Star Wars. I get it. We only cover Star Wars and Marvel. I’ll fall on my fucking lightsaber later. For now let’s contemplate a Pixar-powered Star Wars movie. Here, I’ll pop off my pants first. Air out the rapidly swelling pink bits. You can follow suit if you see fit.

END_OF_DOCUMENT_TOKEN_TO_BE_REPLACED 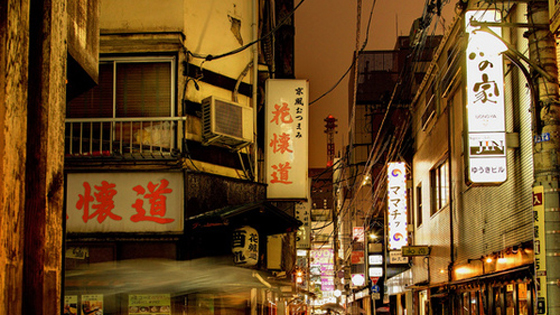 Hello friends. Welcome aboard the Mother-Ship. Adopt your seat of choice. Notice how the syntho-foam molds itself perfectly to your buttocks. And — And! — should you telepathically wish it, begins to invade said buttocks. Go ahead. We didn’t spend all the money on the syntho-foam for nothing. We ain’t judging.Once you’re settled, pull the visors over your retinas and ingest this forthcoming list. The list? A drug-fueled (specifically antihistamines) delineation of the things I’m enjoying this week. Correlate the list within your rotting, offensive organic dome-piece. Whilst, of course, writhing against the synto-foam’s pseudo-phallus. Then when you’re done, hit the comments section with your own list of enjoyments.

END_OF_DOCUMENT_TOKEN_TO_BE_REPLACED 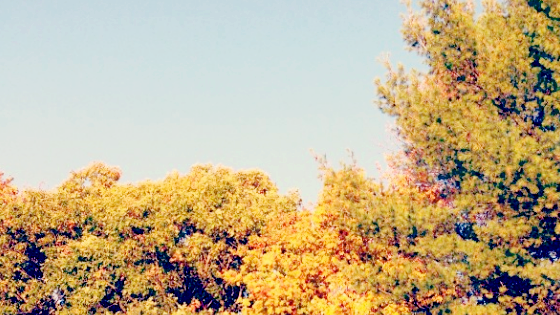 Welcome, friends. Welcome to the Space-Ship Omega’s weekly column, Monday Morning Commute. Within these walls, I, the captain, and you all will share the various arts and farts that we’re interested in during a given week. The foci are generally said arts (and poots!) that are upcoming, but feel free to share past-dalliances that are on your dome-piece as well.

Time is of the something!

END_OF_DOCUMENT_TOKEN_TO_BE_REPLACED 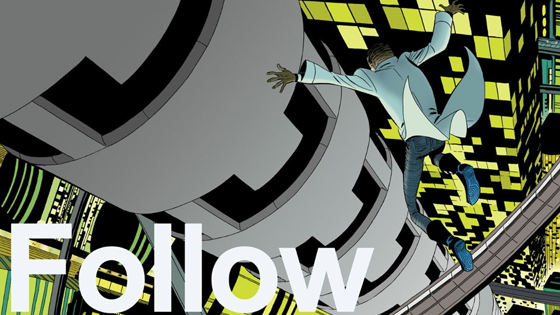 Pop quiz! How do you give me a boner? Oh, okay. Yes, yes, yes. Aside from showing me pictures of Benedict Cumberbatch in Star Trek Into Darkness while whispering, “All of this will be yours in a Star Wars format.” You do it by showing me a preview of the upcoming Brian K. Vaughan collaboration with Marcos Martin.

END_OF_DOCUMENT_TOKEN_TO_BE_REPLACED 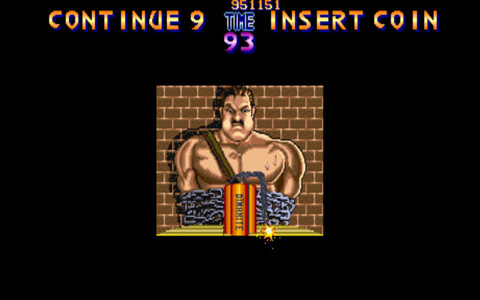 Dear friends. It is with a heavy heart that I write this, my first guest spot on Press Start! Many of you will remember our beloved Caffeine Powered as the articulate, junk grabbing slop enthusiast that regaled us with tales from the very frontiers of video game development and culture. I want you to hold on to that memory as tightly as you can. The last time I saw him – barely covering his modesty with tattered rags, excitedly drawing my attention to his bedroom walls: hosting his life’s work rendered in fecal matter – he told me that I needed to resurrect this information behemoth. I willingly accepted. And promptly left the premises.

END_OF_DOCUMENT_TOKEN_TO_BE_REPLACED 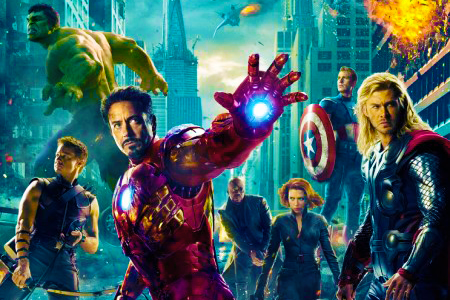 Remember the back and forth about the Avengers  scene that may or may not have been shot after the movie premiered? It’s in the flick. It truly is! I promise.

END_OF_DOCUMENT_TOKEN_TO_BE_REPLACED 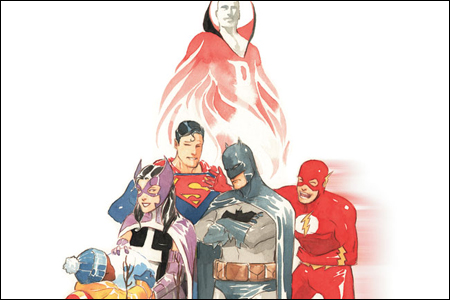 It’s Christmas time, and that’s something even a godless agnostic pro-choice heathen like myself can get into. And   let’s be honest, it isn’t about going to church or anything anymore, it’s about getting drunk on spiked eggnog and making inappropriate comments to fourth-cousins you only see once a year. And with that in mind, I’m excited for the DC Holiday Special, because it lets me think about ridiculous situations I’d like to see.

For instance, I can’t help but wonder about the time that Hal Jordan finally got a little smooch from Barry Allen under the mistletoe. The sad thing is that he never knew about his wishes being met, because Allen pulled it off at the speed of light. He continues to pine for his unspoken love. And then there’s the time where Superman got drunk and told Batman he needed therapy, and the two of them shouted over Plastic Man’s witty quips that he was trying to use to calm down the situation.

Of course, I’m sure none of this is in the special, but ’tis the season and shit. It’s probably just a boring special where they’re all giving and shit to needy children or whatever. Hey dickheads, you’ve got pretty much God and a bunch of omnipotent beings gathered together, how about you give us something sweet for Christmas, like world peace, or some shit. No, you’re probably content to grab cats out of tries and fight assholes dressed in weird underwear.

The Distinguished Competition is also putting out a bunch of books that I don’t read, but may be pretty cool. Adventure Comics #5 sees Conner Kent throwing the fuck down with Superboy-Prime. Which sounds awesome, but unfortunately I haven’t read any of these issues leading up to it yet. Superboy-Prime worked his way into my heart when he exploded half the fucking lame characters in the DC Universe with right hooks back in Infinitely Final Crisis back in the day. And then there’s Booster Gold #27 which features Mr. Gold getting hung by some Black Lantern from a tree. Which, admit it, is pretty cool. 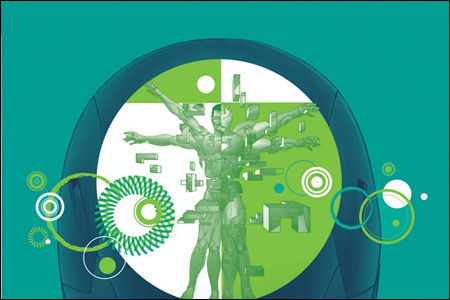 I never really got down with Tony Stark in funny books until Matt Fraction started writing Invincible Iron Man. I know that’s high treason in some circles, and for that I apologize. It’s not that I didn’t dig on the concept, but I was too young to be actively buying the issues where he was bottoming out and being a god damn alcoholic and stuff. It all seems pretty sweet, but I’m lazy and demented and I always forget to try and snag some back-issues.

Fraction effectively reduced Tony Stark to Lennie from Of Mice and Men in the previous arc, having him format his own brain like an organic hard drive and shit. So I guess that makes him, like, Robo-Lennie and shit. But now he’s all laying comatose, and it’s up to Bucky and Thor and a bunch of other peeps he’s wronged to reboot his skull and shit.

For a tech nerd like myself, the whole His Brain as Hard Drive type thing really gets me moist. Also, I feel sort of happy that I was correct when I predicted that the dude would reinstall Tony Stark onto his mushy headguts after he was done formatting. Question though: Why the fuck would they reboot his mind, if the secrets he was trying to keep from Norman will just be restored? Or perhaps it’ll be an older image of his brain, prior to the secrets or something? And if so, is that really Tony Stark, or is it as good ole Locke would say, another entity removed from the prior string of consciousness?

Also, it’s nice to see the Marvel Universe finally being pulled back together. There’s been like two years since Tony Stark and Captain America were no only BFFs, so the concept of them all coming together again to beat-on some Norman Osborn ass is exciting. Maybe then we won’t have another fifteen years of Dark Reign, and they can usher us onto some other storyline. 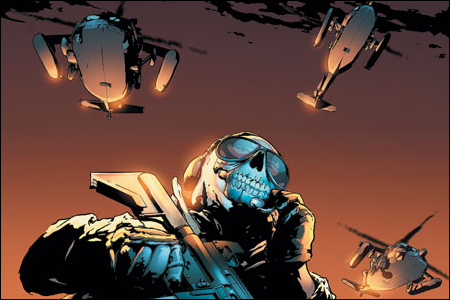 If you’re like me, you didn’t know that Modern Warfare 2 had a comic book. And that makes sense, since if you’re like me, you’ve been too busy getting fucking owned by thirteen year-old kids in said video game. Seriously, there’s nothing more demoralizing than hearing a barely pubescent little kid shit talk me, and I can’t say anything, since he’s killed me fifteen times in a round. God dammit.

I’m simultaneously surprised and not surprised that there’s a comic book for MW2, especially for Ghost. Ghost is like the Boba Fett of MW2, he’s quiet, barely around, and he kicks a shitload of ass. Plus, he’s got a skull on his face, and those thirteen year-old kids I fucking despise probably want to grow up to be him.

But at the same time, the plot to MW2 was pretty much a rejected 24 plot. Don’t throw tomatoes at me, I’m just saying. And that’s cool, because who the fuck plays the game for the single-player campaign, let alone story?

I predict a thousand bullets and lots of violence in this comic book, and at least fourteen nerds orgasming per comic book store.