Views From The Space-Ship: High Risk Painting aboard the U.S.S. Kitty Time

Welcome to View From The Space-Ship. Every once in a while I get into a groove where I share what my world looks like. It seems somewhat redundant, given, you know, social media. But maybe I’ll begin collating all the various, disparate media across the different mediums into one thick, beefy post for you every week. As per usual — the real fulcrum of this post is audience participation. Share the view from all your various segments of the OMNIVERSE. END_OF_DOCUMENT_TOKEN_TO_BE_REPLACED

Monday Morning Commute: hello space-satan? is the deal still on the table? 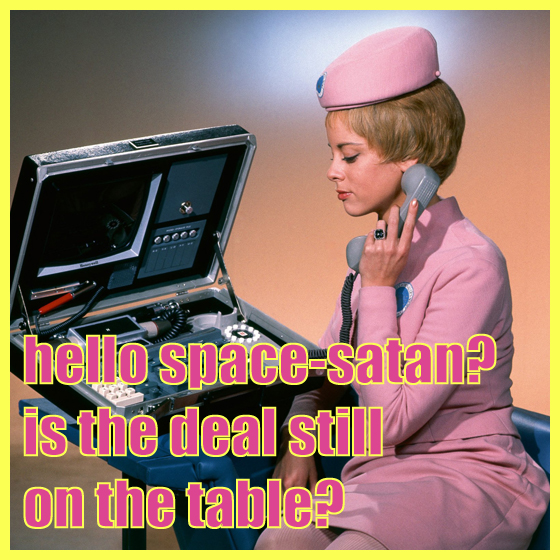 Welcome to Monday Morning Commute, my friends. I’m going to spare you my usual Fusillade of Verbosity for the week. ‘Cause honestly I have a bit of a headache, and the SpiritsVapors are burning out in my synapses quicker than I anticipated. Don’t snort them, Caff. The GraveBits are tired. You will metabolize them too quickly. You know better! You know better. And I do. But when you’re tired, and you got a bit of the sludge-blood, what else can you do?

You can lay down.

END_OF_DOCUMENT_TOKEN_TO_BE_REPLACED 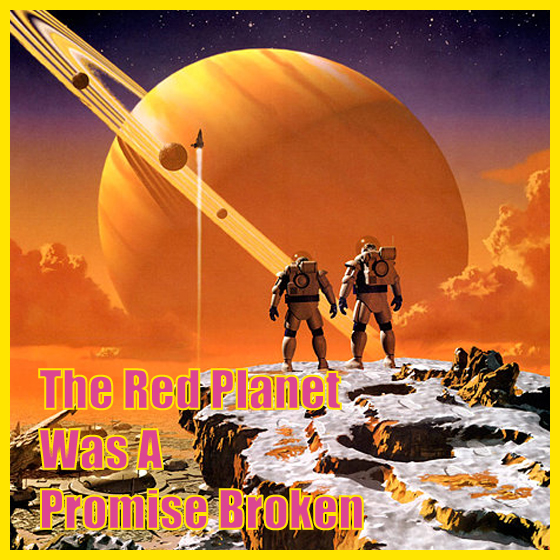 END_OF_DOCUMENT_TOKEN_TO_BE_REPLACED

Monday Morning Commute: At The Mountains Of Madness 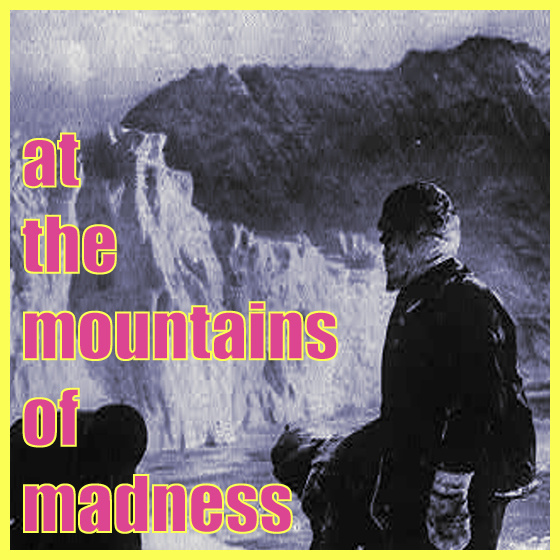 Fucking crap day, here. Just busy. Really fucking busy, and ineffective. My class smells blood, knowing the end of the semester is upon them next week. Today this led to a case of The Mondays in class writ large. A disaffection that was equalled in enormity only by the disruptiveness with which it manifested itself. In other words, no one gave a fuck, and everyone was talking. So class was going shit, and then during our mid-class break it became known to me through a squabble of error messages and beeping that the copier was. In fact. Fucking broken. In other words, I wasn’t able to make a copy of (what should have been) tonight’s reading. So what am I doing tomorrow? Fuck if I know. Today was the first day (and this is probably actually a good sign) in my 3+ years of teaching where I openly asked myself, “What the fuck am I doing wasting my time with this?” A shuddering, unrelenting tidal wave of bile-duct refuse and existential despair washed over me. And for it I have no answers, other than to hope it ebbs as well as flows. I’m sure it does.

END_OF_DOCUMENT_TOKEN_TO_BE_REPLACED 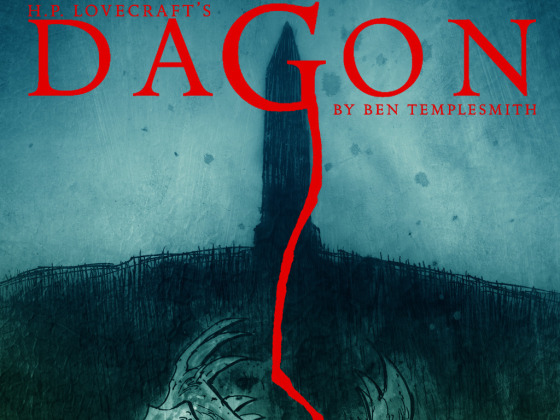 END_OF_DOCUMENT_TOKEN_TO_BE_REPLACED

It’s Monday Morning Commute! Er. It’s Tuesday Afternoon Commute! How you folks doing? Me? I’m on my first day of break. And honestly I feel like I should be enjoying it more than I am. As a man of routine, the obliteration of my Daily Planner leaves me confused. Lost. Should I be productive and write? Or consume 3,000 calories? Go to the gym? Or play nine hours of Grand Theft Auto 5? My penchant is a predilection for self-destruction. So here are the various things I’m relying on to keep me (somewhat) functioning this week.

END_OF_DOCUMENT_TOKEN_TO_BE_REPLACED

Reality is, at best, a tenuous set of consensual hallucinations that we share with one another. Our greasy faces, our fat, gibbering jowls, our swollen, offensive ocular meat-balls all nodding in agreement at the barest, most pathetic concept of reality we hew together as Man. But hey. What the fuck do you want out of me? I can’t do shit about it. #YOLO So I’m going to live my life, dimly aware that my beliefs are conjured by a primitive brain-steak based on embarrassingly limited means of perception, and also play some video games. Love my fellow man. Hold doors, say please and thank you. Read some books. And watch Brock Lesnar give people the F5. ‘Cause really there’s no reason to do otherwise.

This is Monday Morning Commute – the column where we list the various ways we’re staving off staring into the Abyss and realizing how fucking Dumb It All Is. Generally these ways take the form of arts, farts, cheap beers, and ideally – Skittles.

END_OF_DOCUMENT_TOKEN_TO_BE_REPLACED 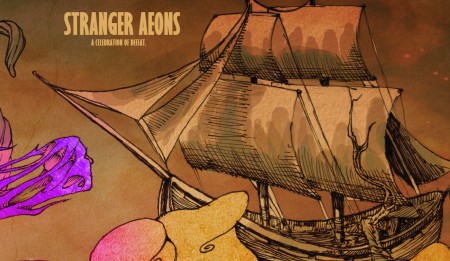 [DEFEAT. is Rendar Frankenstein’s unabashed love song to the very things that’ve kept him alive – sci-fi, heavy metal, fantasy, war epics, and pop culture. Accompanied by original art by B. Galiano, each weekly episode continues the tale of Daryl Millar – a hero guaranteed to die upon the novella’s conclusion. All are welcome, but nerds are encouraged]

Cliff stood outside of the bus for an additional moment. His cohorts, having already boarded and begun drinking, urged him onto the mammoth transport. But there was an electricity in the air that made him want to linger. An elusive vapor swam about and Cliff wanted nothing more than to breathe it in forever.

But alas, he had to heed his friends’ calls. After all, it was a long ride to Copenhagen and the sooner they got into the bus the sooner they could get out of it. The partying — the booze, the drugs, the women — it was all a well-designed escape. While many fantasize about touring the world, sharing their art, they don’t consider the means of transportation. Too many people, cramped into too small a space, traveling too far.

Far from ideal and even further from comfortable.

But it was worth it. Every single second of struggle, every instance in which discomfort and uneasiness reigned supreme, the countless arguments and tiffs, all the nonsense was erased from existence on a nightly basis. Walking onto the stage. Hearing the intro tape. Feeling the crowd surge as they waited for lights to hit. And then performing — this eradicated the very molecules of personal turbulence.

It was the goddamn dream – living to express ideas, bearing one’s soul to others, knowing that your perspective is appreciated.

As Cliff climbed into the bus he was nearly knocked backward by the stench of alcohol. The refreshing late September air had been fully expelled and was now replaced with the fumes of JÃ¤germeister and Absolut. Hell, if he weren’t such a trusting man, Cliff would’ve sworn that even the bus driver reeked of booze.

On most evenings the musician wouldn’t have so much as batted an eye, chalking up the bath of ethanol-cologne as another perk of being on tour. But now he couldn’t help but feel overpowered by surreality. It was as though he was beginning to transition into something greater, floating above his body and perceiving the scene from an entirely new angle.

An angle not of the first four dimensions.