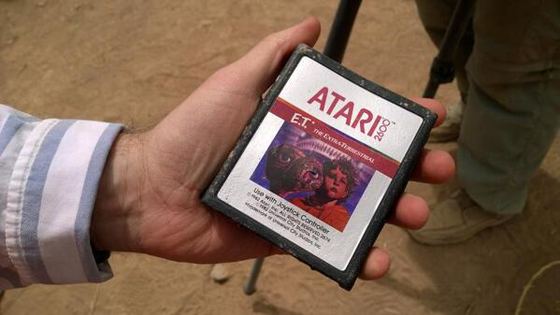 It’s finally happened. Remember the urban legend that said there was a fucking landfill out in New Mexico filled with unsold copies of that raw-ass E.T: The Extratesticle tie-in game? Well, friends. Transmute that mythos into undeniable fact.

END_OF_DOCUMENT_TOKEN_TO_BE_REPLACED 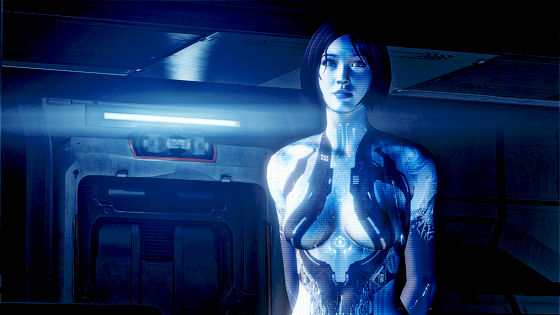 Yeahhh! Pig alert! I can’t help it (Yes I can, I’m just a piece of shit.) I want to swerve my swizzle stick all around Master Chief’s blue-bummed aid’s ass. Or something. What am I even talking about? So tired. Oh yeah! Being attracted to polygons. Cortana. Yum yum. Microsoft must know that I’m not alone, because they’re calling their Siri equivalent “Cortana.”

END_OF_DOCUMENT_TOKEN_TO_BE_REPLACED

‘TITANFALL’ GAMEPLAY TRAILER: The reason I’ll buy an Xbox One 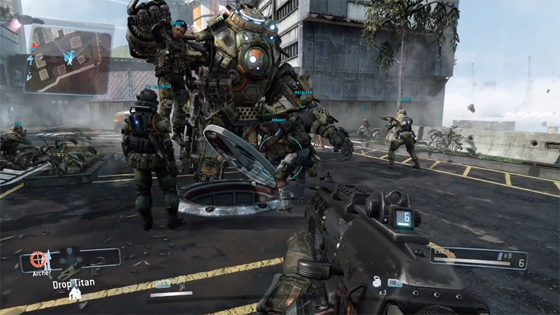 Respawn Entertainment’s Xbox One exclusive has gotten itself a gameplay trailer, and my goodness. I’m not one to lean on hyperbole for descriptiveness (heh), but watching this trailer literally compelled my dong-tip to burst forth off the shaft. It fluttered about the room, running up the corners of the walls in a hysteria. After finally exhausting itself of its unexplained kinetic energy, it fell listlessly into the aquarium. Where the angelfish ate it.

END_OF_DOCUMENT_TOKEN_TO_BE_REPLACED 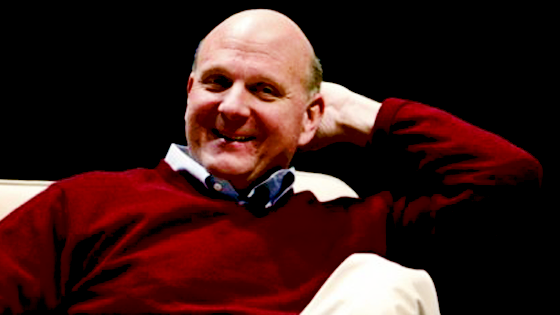 This is froggy fresh. One of the interesting things about this Fall is that titles are dropping across multiple generations. What if I buy Call of Duty: It’s A Doggy Dog Life on my 360, but then I snag an XBONE for Christmas? What will happen to all those wonderful maps I snagged? Microsoft? They’re actually doing me a fucking solid.

END_OF_DOCUMENT_TOKEN_TO_BE_REPLACED

‘XBOX ONE’ continues it’s BACKPEDALLING; will allow INDIES to SELF-PUBLISH

I have to hand it to the Xbox One. It is fucking awesome at moonwalking. Just backpedalling like a motherfucker. All smooth and shit, feet gliding over the floor.

END_OF_DOCUMENT_TOKEN_TO_BE_REPLACED

Microsoft is dropping their policy of charging game developers for patches, and other updates. Pretty neat. The cost apparently was significant, and if I recall correctly drove away indie studios from patching their games and the such. Was it Fez that gave up being patched? I think? Anyways — neat.

END_OF_DOCUMENT_TOKEN_TO_BE_REPLACED

Let’s talk about how important Monday was for determining the game industry’s narrative for the coming months.

Let’s also talk about what it means to gamers like you, and me, and how industry giants like Microsoft and Sony communicated with us via the grand stage of E3.

Monday saw PR-beleageured Microsoft take the stage first, around 9:30 a.m. Pacific Time. There’s no beating around the bush – they had an uphill battle to wage, one very much set up by their own PR snafoos over the last month.

END_OF_DOCUMENT_TOKEN_TO_BE_REPLACED

NEW ‘KILLER INSTINCT’ coming to XBOX ONE, IMMA PARTY LIKE ITS 1994. 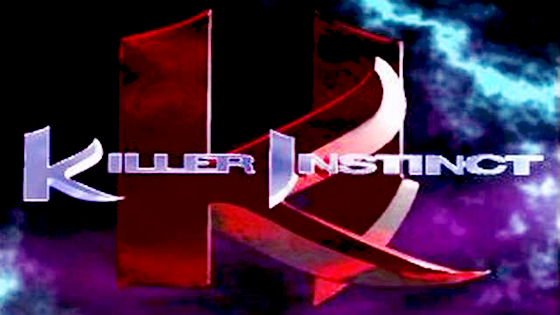 I want to be jaded about this announcement. Point out that the company that made this game is essentially dead. And then I hear the distinct Killer Instinct announcer’s voice, and my crusty jaded shell is vaporized.

END_OF_DOCUMENT_TOKEN_TO_BE_REPLACED

A Vita world premiere that amounted to an esoteric Japanese handheld bore that looked like a war of icons and numbers?

Rare’s return to the centre stage to show off a new Kinect Sports?

We can all hope this is all just ancillary padding to the main events – the first of which is Microsoft’s XBox Media Briefing at 12:30pm EST – which are primed to be as packed full of goodness as they ever have been.

Today is the day the big hitters – MS, EA, Ubisoft and Sony – speak to the gaming press, the gaming population and the public at large about their plans for entertainment for the next 5-7 years. Make it good kids! The world’s watching.

What are you all excited for this E3?

MOUNTAIN DEW teaming up with Xbox One for “Most Obvious Gaming Promotion In Brand History.” 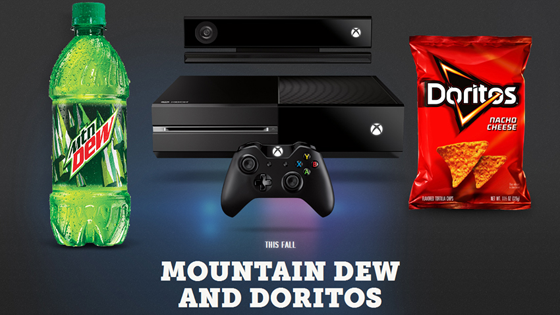 Mountain Dew is teaming up with Microsoft for a huge push on cheesy products, caffeinated beverages, and the gaming console that is NSA’s data-culling wet dream. It’s a bit of an obvious extension of a collaboration that has been going on for a while now. But this one is going to be HUGE and ENORMOUS and CHEESY.

END_OF_DOCUMENT_TOKEN_TO_BE_REPLACED

Weekend Open Bar: As Gnarly As You Let It Be!
‘Tony Hawk’s Pro Skater’ documentary premieres next week, which I didn’t know was a thing. I’m stoked.
Larry Tesler, the UI wizard behind cut, copy, and paste, has passed away at age 74. Ctrl+V, Ctrl+P in your honor, brother!
Tonight! We back! Join us! Open-hand slapping ‘Dead Cells’ hopefully!
Japan has greenlit a mission to explore Mars’ moons and bring back a sample. Gimme a astronomical fuck yeah!
Zuckerberg has staff blow-dry his armpits before speeches. No, seriously. That human suit a bit warm, eh?
Monday Morning Commute: Cheer for the outsider!
Showtime orders comedy series from Safdie Brothers and Nathan Fielder. Woo boy, this is going to rock.
‘Castlevania’ Season 3 Trailer: Slaying ain’t never stop, and it returns March 5!
‘Masters of the Universe’ Netflix series is reuniting ‘Batman’ voice actor gods Kevin Conroy and Mark Hamill