If there was one thing Grandpa was good for at Thanksgiving, it was sniffing a legion of nanobots before sitting down at the dinner table. There was an inevitable moment during the passing of the animal-flesh and the smashed-starches where his slackened, tired jaw would clench-up. Science retrieving something scattered decades ago by the natural progression of his Meat Case. Somewhere between that third fucking scoop of potatoes his eyes would dilate. His neck would kink. And as he tried to keep his hands from jittering upon the wooden offering-plank, a barely audible moan would escape them cracked lips.

This is Monday Morning Commute. Share what you’re up to this week.

END_OF_DOCUMENT_TOKEN_TO_BE_REPLACED 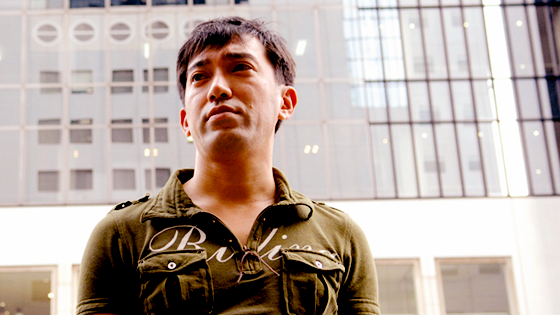 END_OF_DOCUMENT_TOKEN_TO_BE_REPLACED

Somewhere out there, unbelievable as it may be: someone is surprised that Dead Space 3 wasn’t a resounding success. Whoever that may be clearly doesn’t see the issue with watering down a great horror game so much that it becomes a tepid co-op shooter with faux-RPG elements. In fact, if you think of all the meetings and work hours this game went through in order to get made, it’s startling to think that nobody suggested how fucking awful an idea the game was. In actuality, they probably did, but they then met with some sort of comedic ejection procedure (my money is on tossed from a first storey window by two burly security guards).

Thank Dead Space 3 for fucking up horror gaming for the rest of us: no doubt convincing investors that the genre is a lame duck. Next, thank Bethesda for being confident enough to get Shinji Mikami making a proper horror game. Dreams can come true.

END_OF_DOCUMENT_TOKEN_TO_BE_REPLACED 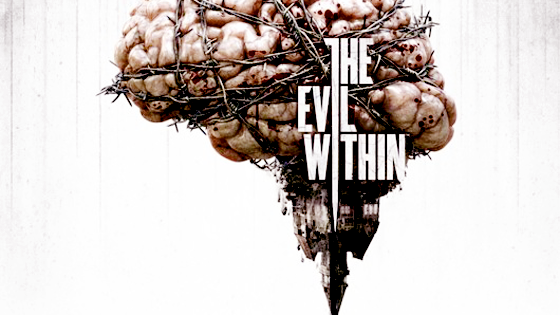 Shinji Mikami’s newest survival horror blood-wonder was revealed yesterday in a teaser trailer. I got questions for you folks. Are you excited for this game? Why or why not? Or are you like me, somewhat fatigued with Mikami’s pretty well-established formula, and somehow also simultaneously pumped.

END_OF_DOCUMENT_TOKEN_TO_BE_REPLACED

New BETHESDA game is a SHINJI MIKAMI jam. I’m all about that life! 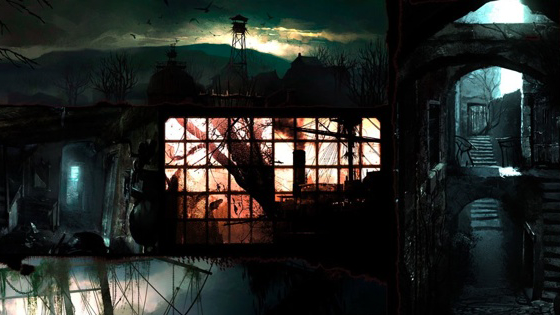 Well, shit. I certainly didn’t see this coming. It ain’t Fallout 4, and for that I’m going to rope-a-dope by balls with a frozen sirloin steak. It is what must be done. It ain’t the end of the world, though. Shinji Mikami. Bethesda. I’ll take it.

END_OF_DOCUMENT_TOKEN_TO_BE_REPLACED 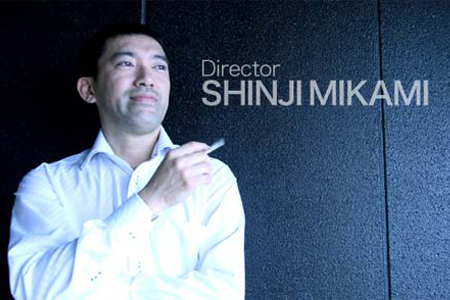 Shinji Mikami created Resident Evil  and a shitload of other shit, but don’t let that give you the impression he is sitting on his ass. No fucking way! Creators create. After dominating pretty much everything ever in the world the dude is rolling up more survival horror goodness on Bethesda’s dime.

END_OF_DOCUMENT_TOKEN_TO_BE_REPLACED

Review: Shadows of the Damned

As I write this review, my copy of Shadows of the Damned resides in the dark recesses of my local Game store’s used drawer. Appropriately, it’s been banished to its very own version of hell, not for its flaws, or for a lack of quality, simply because that was always its destiny: what it was designed for.

END_OF_DOCUMENT_TOKEN_TO_BE_REPLACED

Shadows of the Damned Is Resident Evil + No More Heroes = Nergasm. 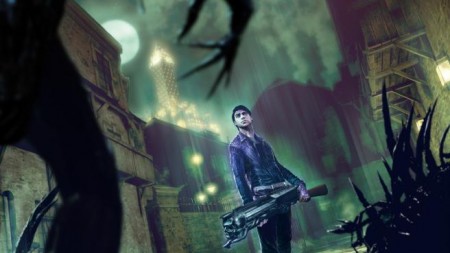 Jesus Christ. This shit came out of nowhere for me. Suda 51 (No More Heroes) and Shinji Mikami (Resident Evil 4, amongst 3,000 other things) are teaming-up to form the video game equivalent of the WWF’s Two Dudes With Attitudes. We’ll figure out who is Diesel and who is HBK later. Today at TGS they dropped the trailer for their game, Shadows of the Damned, which is amongst other things, fucking awesome, and ridiculous. Hit the jump to check out the trailer.

You’re welcome for the genital engorgement that follows.

END_OF_DOCUMENT_TOKEN_TO_BE_REPLACED

Vanquish Getting Demo Aug 31; Mech-Arousal Get! 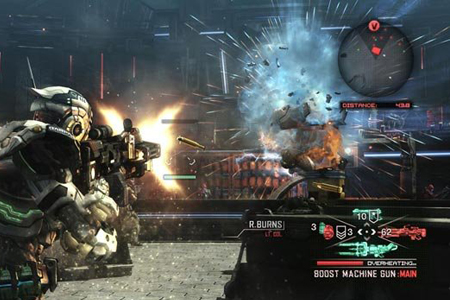 Vanquish is silently sneaked up on my unsuspecting by gloriously gaping ass. Shit is coming stateside, washing up upon the shores of the Empire on October 19. But!, we’re getting a demo way before then. When, yo? The demo is droppin’ on PSN and XBL on August 31. That’s soon like woah.

I can’t wait to download the fucking demo, snort a couple of pixie sticks, punch myself in the groin, and scream in painful glee for the however-too-many-minutes-short demo this son of a bitch is going to be. 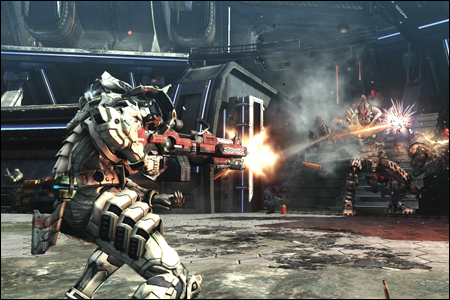 I keep forgetting that Vanquish is coming out this year. And that makes me a lesser person. Straight-up lesser. But then things drop like this new trailer, and not only do I remember it is arriving this year, but I remember the priapismatic pain everything about the game induces in me. Perhaps I keep forgetting that Mikami’s new lovechild is arriving out of some sort of survival-mechanism-fail-safe. Should I continue to remember, I would shut down, incapable of functioning at such a high level of excitement.

Hit the jump to check out the latest trailer. Believe.