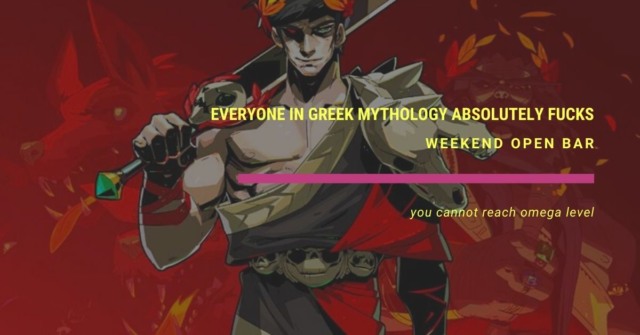 It’s true, dudes. Everyone in Greek mythology is absolutely gorgeous and definitely fucks. Just, you know how it goes when you’re immortal and hot as shit. No holes barred. Pun intended, motherfucker! But, enough of my puerile pourings. Right? I mean, that ain’t the objective of this column. Is it? Maybe, maybe it actually happens to be. You know, just a place to blather on and on with all you good folks, across a given weekend. After all, this shit is the Weekend Open Bar.

Your one-stop shop for reading my ruminations on Greek Gods fucking, conversing with other members of the Space-Ship Omega about what they’re up to this weekend, and other happy horseshit!

END_OF_DOCUMENT_TOKEN_TO_BE_REPLACED 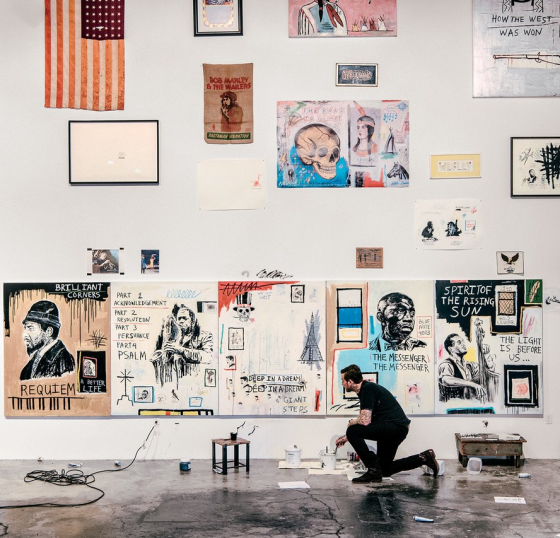 Weekend’s half over, and I’m just opening the bar. C’est la vie of a loser blogger with a moderately busy life and a poor sense of discipline. Crazy week. First week of the semester. No gentle ascent into the warm, welcoming arms of academic banality. No ma’am. No sir. Instead. Picture it. A rocket-ship. My ass gently dolloped onto the top of said rocket-ship. Instead. Picture it. Said rocket-ship rocketing into the atmosphere, my poor, sad flaccid dong-dong burning up. My hair a fury’d mess. My nipples chaffing under the duress of embracing former-Earth, my throat. Oh, my throat! A bloodied, shredded mess as I howl at the enormity of the next fifteen weeks, laugh at my general enjoyment of this madness, scream at my own anxiety and depressing encircling my brain-piece with their gnarled claws.

I’m here, though. At the Weekend Open Bar. I’m here though, hoping you’ll join me at said bar. Come hang out. Come tell me what you’re up to throughout this half-over Weekend. What are you eating-playing-reading-drinking-worshipping?

END_OF_DOCUMENT_TOKEN_TO_BE_REPLACED 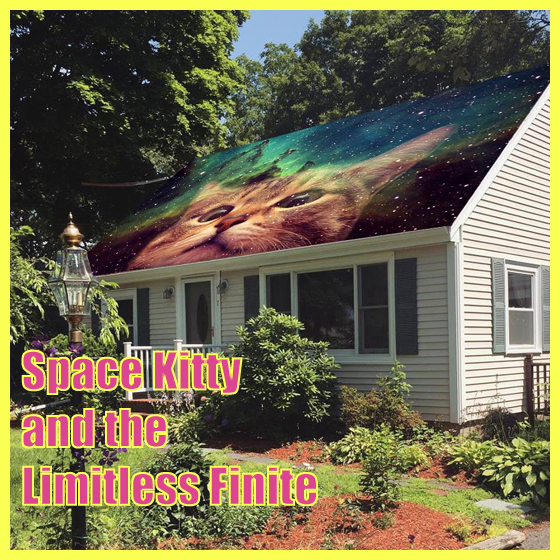 The Purchase & Sale is signed, folks. SAM-OMEGA and I are getting really, really close to thirty years of DEBT SLAVERY. And I’ll level with you: I could not be more excited. The idea of my own study, replete with fluid-splashed surroundings and toy shelves makes me excited. A giant ass backyard for a mutt-ass dog makes me excited. No longer living under Rock-Eating Typical Bostonians who scream wildly at the Prole-O-Vision while I’m trying to lesson plan for the next days’s class makes me excited. Now all that is left (and granted, this is a big “all that is left”) is the appraisal and the bank concretely agreeing to lend us, you know. Hundreds of thousands (*vomitvomitvomit*) of dollars. So come. Celebrate with me, here at Weekend Open Bar.

END_OF_DOCUMENT_TOKEN_TO_BE_REPLACED

Weekend Open Bar: We Live! We Die! We Live Again! 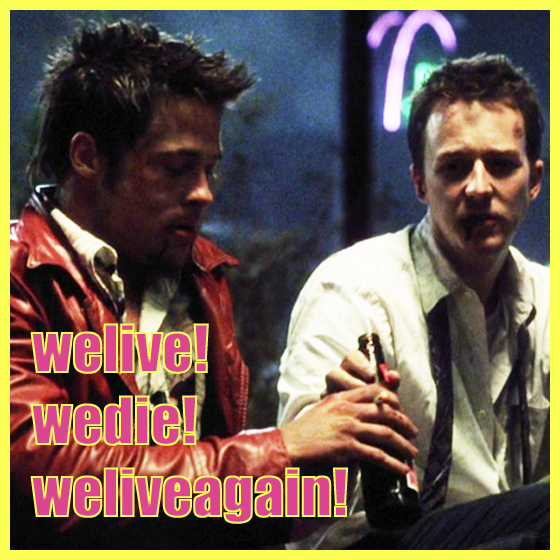 Every Sunday night we die, and every Friday evening we are born again. Those of us lucky enough to be afforded weekends. Those of us lucky enough to have a job. I mean, don’t get me wrong. Sometimes it can be a drag. Being a cog in Immortan Joe’s Extraction Machine. But sometimes it’s right to be like, “fuck, yo. I’m really glad to have a job that keeps the Aqua Cola running and the GasTown diesel powering the lights.” So with that quickly eroding gratitude, let’s open up the Weekend Open Bar.

END_OF_DOCUMENT_TOKEN_TO_BE_REPLACED 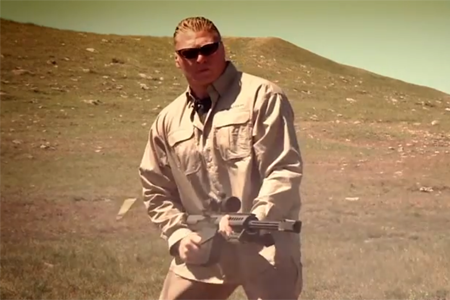 If anyone doesn’t think the United States of America is the best country, they can be persuaded with this video. It’s Brock Lesnar blasting  prairie dogs with enormous guns while righteous metal is shredding in the background. Still not sold? Motherfucker pounds jerky between shots, loading up on salt-soaked flesh to power his insane blood lust. It’s all an advertisement for Fusion Ammo and Jack Link’s jerky. The same ammo that was used to stop Lenin during the Civil War from destroying the Alamo.

Hit the jump for the video, bask in our culture of domination.

END_OF_DOCUMENT_TOKEN_TO_BE_REPLACED

A Thousand MMA Fans Scream Out At Once – Rampage Retired?! 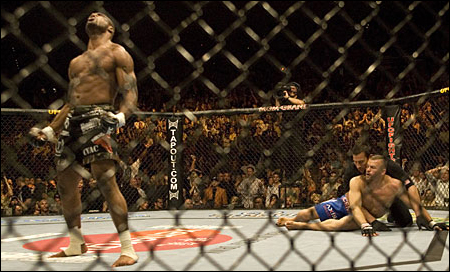 Jesus sweet Christ, I turn my back on MMA news for like one day and I miss Rampage Jackson retiring? Over a fucking role in the A-Team movie? Dana White was understandably pissed when Rampage had to delay his fight when Rashad Evans over some shitty movie. So Dana talked some shit. And Rampage? Oh yeah, he quit.

…so I’m done fighting. I’ve been getting negative reviews from the dumb ass fans that don’t pay my bills or put my kids though college. So I’m hanging it up. I’m gonna miss all my loyal fans but hopefully they’ll follow me to my new career & I will gain more loyal fans along the way. & all you hater fans out there can kiss my big black hairy [expletive]! & anybody that don’t like what I just said can come try to kick my [expletive]!

What the shit? Rampage isn’t my favorite fighter – that would go to Black Neo, aka Anderson Silva. But he’s the funniest dude going in the octagon, and every time they get a microphone near him you’re about to witness comedic gold. Not to mention I’d be sweating his fight with Rashad Evans for the past seventy-nine months. Now the dude is hanging it up so he can act? Whatever Rampage is sniffing, the goods are potent, and I probably want some.

Hopefully this is just a tough-dude throwing a sissy-fit. Because I’ve seen your future, and I don’t think you’re going to make it rich playing the titular role in The Scorpion King IV: Black Scorpion Voodoo. Please baby, come back.