The Great Blacksby – the literary hero you never noticed 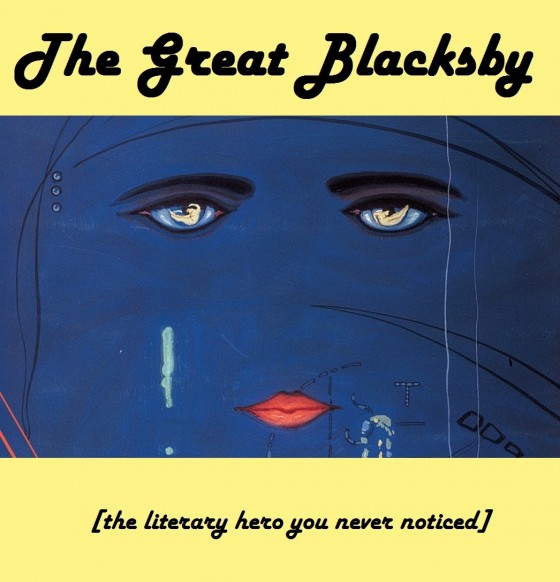 Baz Luhrmann’s adaptation of The Great Gatsby‘s been in theaters for a couple weeks, and it is a truly divisive talking-point amongst moviegoers. While some appreciate the sleek visuals and pervading splendor, others believe that the film isn’t grounded enough to give a fair representation of the novel. No matter which camp you find yourself in, chances’re good that if you’ve read the book or seen the movie you’ve spent some time slinging ideas about.

Such is my situation.

Allow me to be forthright – I believe that The Great Gatsby is an absolutely perfect novel. I’ve spent countless hours reading, discussing, and writing about Fitzgerald’s magnum opus, and yet I still find myself stumbling into new terrain. Of course, whenever I think I’ve find a rock worth turning over, I make a point to shout at anyone who’ll listen.

A couple years ago I posted Nick Carra-Gay?, an exploration of the possibility that the novel’s narrator is gay. Whether or not you go for the theory, it generated some great conversation.

In the hopes of generating similar discussions, I’ve taken a grad school paper I’ve just completed and rearranged it for the OL audience. Give it a read and then hit up the comments section to share your thoughts. I’m not sure if my argument’s got legs to stand on, but at the very least it’s evocative.

After all, the idea at hand is that Jay Gatsby is actually a black guy.

I now present – The Great Blacksby – The Literary Hero You Never Noticed.

END_OF_DOCUMENT_TOKEN_TO_BE_REPLACED 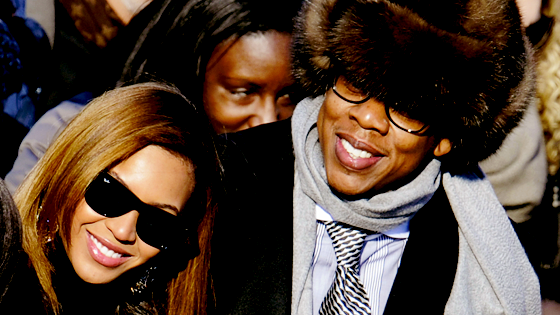 Eddie Pluto kicked off 2013 by bringing this dollop of shit to my attention. I could hear his raspy cackle in my mind as I read through the news, all the while knowing my rage would feed his blackened heart. Fuck. You know, there was a point where I was really excited for the film adaptation of The Great Gatsby. Then there was the period of Hulkian rage when I was exposed to the horrendous trailer. Now? Now I’m just going to buckle-up and try and enjoy the nightmare.

END_OF_DOCUMENT_TOKEN_TO_BE_REPLACED 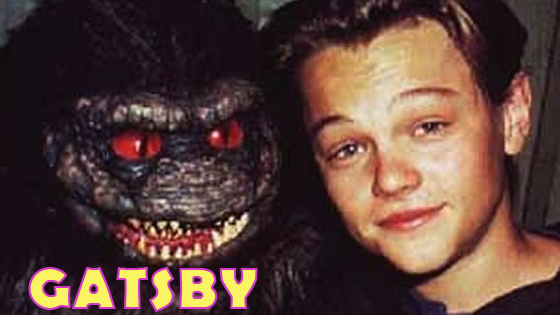 Baz Luhrmann is trying to raise money for Gatsby reshoots. Dear lord, I’ve never wished someone so ill in their attempt to better their money.

END_OF_DOCUMENT_TOKEN_TO_BE_REPLACED 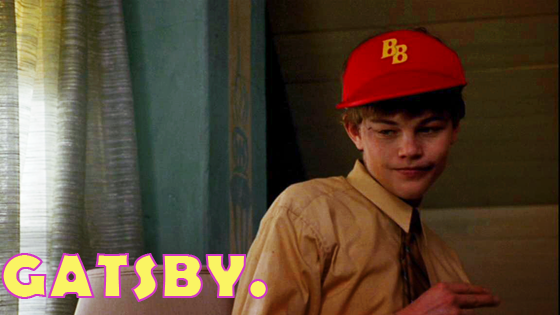 Here’s a minor miracle in the Case of Caffeine Powered vs. The Shit Stain Rendition of The Great Gatsby. The dirty little diaper of over-shined nonsense that Luhrmann was planning on dropping out this Christmas has gotten pushed back into next summer.  Just enough time to unleash a micro-toxin that only erodes overwrought Baz Luhrmann nonsense. Better sent those copies of Moulin Rogue to your secret base on Mars, folks. My victory is ascending.

END_OF_DOCUMENT_TOKEN_TO_BE_REPLACED 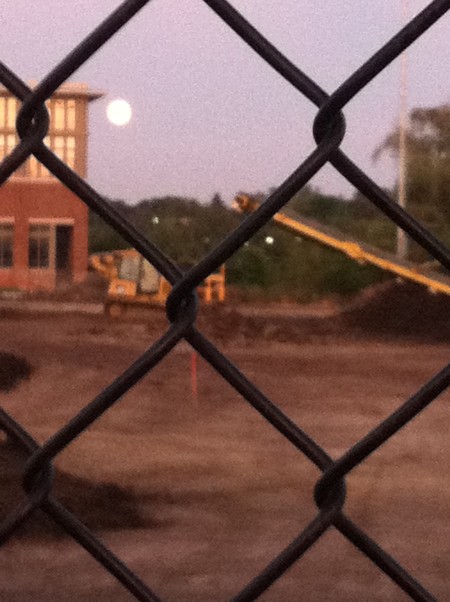 Babies and gents, please don’t forget this one fact. Hell, if you forget this, you’re really up the creek, `cause humanity’s been leaning on it since we done sloughed ourselves out of the primordial muck. Without this truism – no matter how you want to take it and run with it – we’re bound to fall face-first into the sludge of post-history and asphyxiate on the our own shortsightedness.

HOPE IS ABOVE THE HORIZON.

God? Space travel? Giant griffins that’ll swoop down, snatch us up with their pillowed talons, and nurture us in their super-nests? Could be. All I know is that we’re not going to actualize the potential of the collective unconscious by grinding ourselves down at jobs we hate.

So on that note, welcome to the MONDAY MORNING COMMUTE! This is the spot where I show off the various wares I’ll be using to safeguard my mind from ennui and work-related dementia. After you take a peek, hit up the comments section and share your own recipe for the Entertainment Cocktail de huit jours.

Faux-French? Goddamn, let’s just get to this.

END_OF_DOCUMENT_TOKEN_TO_BE_REPLACED 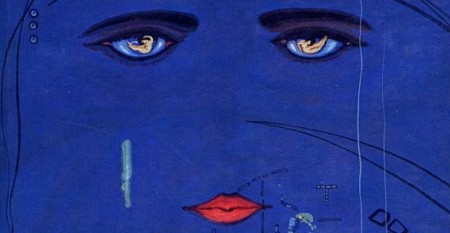 When it comes to the pantheon of classic American literature, it’s hard to argue against the inclusion of The Great Gatsby. Fitzgerald’s seminal novel is an uncompromising examination of class divisions, the promise of the American dream, constructed identity, and the power of love. Who among us can’t sympathize with Gatsby’s yearning, his desire to become something greater than what he is? Is there anyone who hasn’t at least contemplated throwing caution to the wind, casting off the shackles clamped on at birth, and chasing the unattainable?

I fucking hope not.

Every time that I read The Great Gatsby, I feel as though I have a firm grasp on the title character — poor kid dreams of a life beyond his means, seizes the rare opportunity to move beyond his station, falls in love with a girl beyond his means, stops at nothing to fine tune a new persona, gets tangled up in crime, can’t acknowledge that his aspiration has been reduced to mere nostalgia, and is murdered for his inability to forfeit impossible ambitions. And while I’m absolutely enthralled by the transformative journey of James Gatz, I can’t say that he is the character most capable of piquing my interest.

It is Nick Carraway that I see as the most fascinating figure. And maybe the most enigmatic.

As the narrator, Carraway is responsible for taking us through The Great Gatsby’s alternately glamorous and sordid adventures. Between his actions and exposition, it would at first seem as though Carraway can be trusted as an objective, reliable narrator. In fact, the novel opens with a declaration of just this sort:

“In consequence I’m inclined to reserve all judgements, a habit that has opened up many curious natures to me and also made me the victim of not a few veteran bores.” (5)

Right from the get-go the reader is led to believe that Nick will be presenting his story without bias, prejudice, or exaggeration. Which is sweet, I suppose, as these misdirections can lead one astray when traveling on the path of Truth. When a story is recounted, isn’t it of the utmost importance that all the facts and figures be in order, quotes presented verbatim, images recreated without blemish?

So if we want to, it’s easy to let Nick Carraway mollify our skepticisms — this is exactly what I did when I first read the book. After all, it’s both comforting and easy to take words at face value, never rousing suspicions that there may be an element of deception abound. But when one keeps a keen eye turned to the page, it’s a bit more difficult to invest complete faith in the absolute veracity of the narrator’s yarn.

For me, a turning point comes at the end of Chapter III. While recounting how he has been sending weekly love letters to a girl back home, Nick also expresses his physical attraction to Jordan Baker. He then states,

“Everyone suspects himself of at least one of the cardinal virtues, and this is mine: I am one of the few honest people that I have ever known.” (63)

As I read that line for the first time, I saw all sorts of flags go up. My knee-jerk reaction, off-the-cuff thought was, “What type of person feels compelled to constantly assert their honesty?” The answer I settled on?

END_OF_DOCUMENT_TOKEN_TO_BE_REPLACED

The Great Gatsby Is Being Filmed In 3D. Baz Luhrmann Sucks. 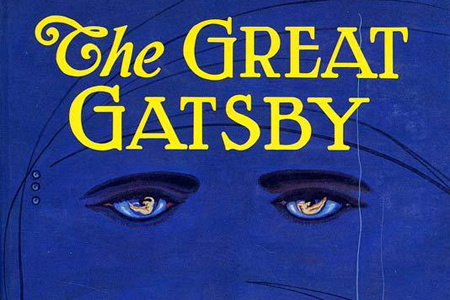 I love The Great Gatsby more than I love Watchmen, and the trainwreck that was that adaptation devastated me. This is only going to crush me worse. Not only does Baz Luhrmann suck, but he just upped his fucking blowitude to the next level. He’s filming The Great Gatsby in 3D.

END_OF_DOCUMENT_TOKEN_TO_BE_REPLACED

The Great Gatsby Gets Made Into Playable 8-Bit Game. It’s Awesome. 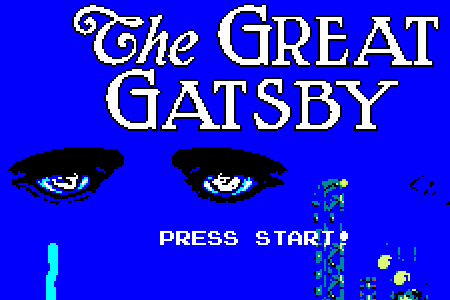 The Great Gatsby has been made into a playable “Nintendo” game over at greatgatsbygame.com. Let me tell you, this shit is bananas. B-a-n-a-n-a-s. It isn’t just some cute  facsimile, it’s an actual fucking game with platforming and a soundtrack and enemies that will quite frankly, fuck you up.

Gatsby is one of my favorite novels of all time. There are few scenes more haunting to me than Jay Gatz gazing over his grounds at the end of the book. Looking around all his has amassed and realizing that the American Dream is, in fact, a fiction. The poor demented, diluted, perhaps naive idealist coming to see that social mobility is an adorable mirage, and watching as his aspirations fall down around him.

Slap that together with my nostalgia for gaming from my childhood, and you have an homage to end all of them.