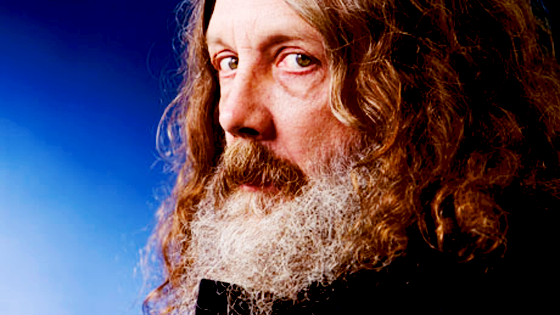 END_OF_DOCUMENT_TOKEN_TO_BE_REPLACED

CBLDF And Other Organizations Come To Defense of Alan Moore’s ‘NEONOMICON’ After Library Pulls It.

The CBLDF and other organizations are launching into action after Alan Moore and Jacen Burrow’s pretty fucking terrifying comic Neonomicon got pulled from a library in South Carolina.

END_OF_DOCUMENT_TOKEN_TO_BE_REPLACED 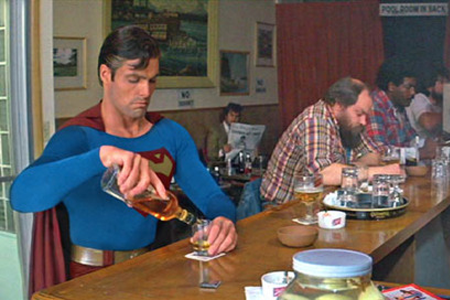 As a fan of the comic book medium, it goes without saying that I have an appreciation for Alan Moore. Yes, these days Moore is recognized just as much for being a snake-worshipping lunatic as he is for being (one of) the most innovative comics writers of all time. And that’s depressing, but certainly a result of his own actions; maybe if the guy actually came out of his Northampton hideaway every now then we wouldn’t just write him off as a nutjob.

But the most important fact to remember is that when he wants to, Alan Moore  can write with the best of `em  Yeah, I’m a Watchmen zealot (file it under Best Fictional Work…Of All-Time) but I also really enjoy his work on Swamp Thing. Moore manages to take a goofy-ass plant-man and turn him into a truly horrifying creature, a green embodiment of the macabre that lives in a bog, contemplates existence, and fucks shit up from time to time.

I have no doubt in my mind that it is my admiration for Alan Moore and his  mad sensibilities that have led me to choose the Neonomicon Hornbook as this week’s pick of the litter. Some background: Neonomicon is planned as a sequel to his 2003 series The Courtyard. Apparently, both of these series are rooted in the mythos of HP Lovecraft, thereby generating instant fan-interest. To be honest, I’ve never read any Lovecraft or The Courtyard but I figured that I’d try to jump into Moore’s newest work anyways.

Luckily, the Neonomicon Hornbook seems to be a great spot to hop aboard; the comic is a preview of the upcoming series, consisting of the first nine finished pages of the series and an excerpt from Moore’s script. With a two-dollar price tag, the issue is a bargain, offering enough finished product to tantalize the reader and supplementing this with a hefty chunk of the author’s script. As per usual, even a single panel of Moore’s directions to the artist reads as an insane, yet superbly detailed, set of instructions. Mayhaps it’s the aspiring writer in me, but I’d suggest that Moore’s writing alone justifies the two-hundred cent investment.

As far as an actual plot is concerned, the Neonomicon Hornbook doesn’t give reveal much at all. What the reader can take away from this first-look is that Lamper and Brears, two federal agents (one a saucy white woman and the other a strong black male), are investigating some sort of copycat serial killer. They feel compelled to interview the original serial killer, former federal agent Aldo Sax — now incarcerated, Sax has a swastika carved into his forehead and only speaks in gibberish.

This seems like the standard crime story/mystery fare, nothing not covered years ago in The Silence of the Lambs. Except, it’s Alan Moore so you know something fucked up is going on. Oh, and I neglected to mention — the first page is a splash of some ethereal, potentially amniotic fluid with the captions;

It’s the end, and the beginning.

He’s beneath the waters now, but soon, in only a few months, he will come forth.

And until then he sleeps.

From what I can tell, artist Jacen Burrows is going to do a fine job. I’m not sure his art will be pulling in Eisners or anything, but is solid through and through. I guess I’d chalk him up as being yet another one of those “standard, reliable Avatar Press artists.” Certainly not a bad thing to be.