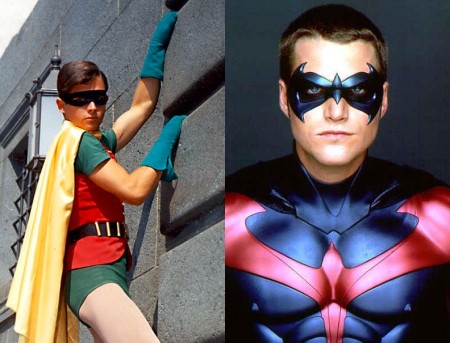 END_OF_DOCUMENT_TOKEN_TO_BE_REPLACED

Face of a Franchise: The Batman!

During my time as a passenger aboard Spaceship Earth, six live-action Batman films have been produced. Spanning across nineteen years, these movies have seen four different actors wearing the cowl, each offering their own take on the Dark Knight. As viewers, we’ve been incredibly privileged to see such different interpretations of a classic superhero.

But alas, only two of these thespians’ performances are worthy enough to engage in a fight to the death.

END_OF_DOCUMENT_TOKEN_TO_BE_REPLACED

Ethan Hawke has been cast as the villain in ‘Moon Knight’ series and this is fantastic news
Weekend Open Bar: Everyone In Greek Mythology Absolutely Fucks
FX’s got a new sci-fi series from ‘The Queen’s Gambit’ writer and ‘Chernobyl’ director. I say, goddamn!
John Carpenter has signed deal with Serial Box to produce original audio horror stories under ‘John Carpenter Presents’ banner
Most distant quasar discovered has the mass of 1.6 billion suns. Holy hell!
Chris Evans returning as Captain America in the MCU. That was quick, but I’ll take it
‘Cyberpunk 2077’ developers have released apology and detailed roadmap. DLC is delayed, next-gen upgrade coming second half of 2021
Darren Aronofsky’s next movie is ‘The Whale’ starring Brendan Fraser. Man, remember Aronofsky?
‘Star Wars’ open-world game coming from Ubisoft and ‘The Division’ developers. Man, let’s fucking go!
‘Sacrifice’ Trailer: Barbara Crampton helps summon the “Slumbering One” in Lovecraftian horror flick