Marvel Drops A Ludicrous Amount Of ‘Thor’ Screens On Us. 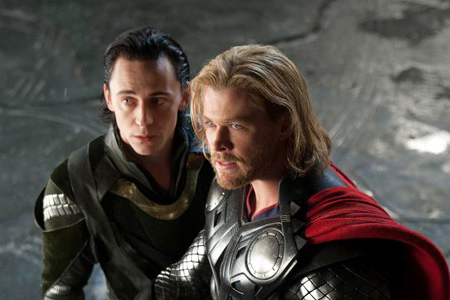 Marvel has released a fucking plethora of new movie screens from the upcoming ‘Thor.’ It’s a sexy collection of bearded gods, sizzling goddesses, and some neat behind the scenes stuff. A fucking shit ton, man! Hit the jump, check out the pictures, and uh, stuff.

END_OF_DOCUMENT_TOKEN_TO_BE_REPLACED 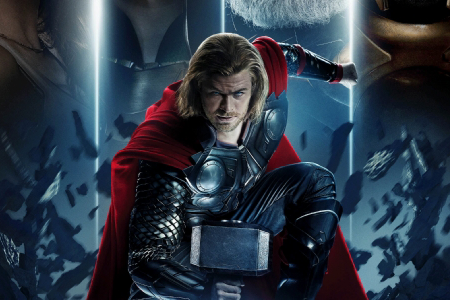 Hot off the proverbial press! Thor has gotten itself some international posters, and they ain’t half bad. Or maybe they are, and it’s a glorious spring day as well as Friday.

END_OF_DOCUMENT_TOKEN_TO_BE_REPLACED 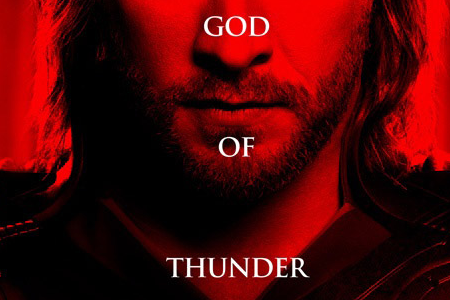 Marvel dropped some a new poster and banner for the upcoming Thor movie. Oh Thor, you bearded stud.

Hit the jump for these babies.

END_OF_DOCUMENT_TOKEN_TO_BE_REPLACED 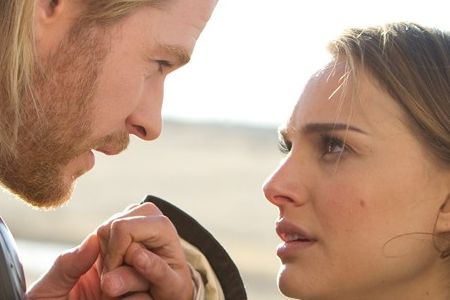 Marvel has released a couple of new official images from the Thor movie, and goodness me am I gooey over this flick. I can’t tell who I find sexier, Natalie Portman or Chris Hemsworth. My girlfriend and I release simultaneous sighs of appreciation whenever we catch a Thor trailer, and she said during the Super Bowl debut that she would be okay if I left her for him.

I’m in the clear!

Also in here are a bunch of hilariously awful character photos. Completely out of context bullshit shots with awful photoshop in the background. These photos are destined to adorn shitty posters in Hot Topic and school folders.

Hit the jump for the full load.

END_OF_DOCUMENT_TOKEN_TO_BE_REPLACED 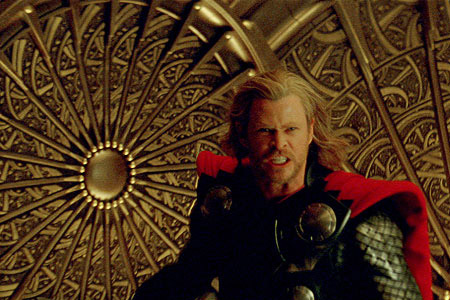 Entertainment Weekly is dropping their 2011 Preview issue this week, and within is a new look at the God of Thunder. I can’t help it. I am beyond swooning for Chris Hemsworth in Thor garb. I have begun writing Hemmy (as I call him) letters detailing the reasons why we should hang out, and trying to reassure him that it’s way more comfortable to meet someone for the first time if you’re both not wearing pants.

Hit the jump for the full image.

END_OF_DOCUMENT_TOKEN_TO_BE_REPLACED 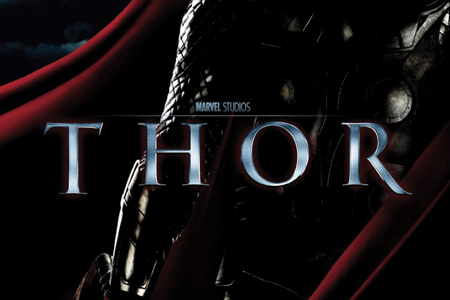 Marvel Studios has dropped the international poster for the upcoming Thor. Whatever becomes of this movie, the idea of strapping Chris Hemsworth into some armor is nothing short of genius. I know this, because every time my girlfriend sees something from the movie, there are audible squeals of excitement from her.

Hit the jump for the poster.

END_OF_DOCUMENT_TOKEN_TO_BE_REPLACED

Cameo Alert: Hawkeye Is In The Thor Movie. Makes Sense? 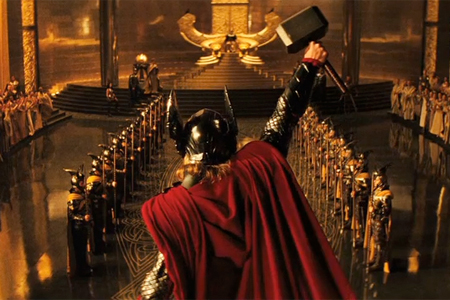 Watching the Thor trailer today prior to The Fighter got my balls tingling a bit more for the flick. Imma level with you: I would arm wrestle my girlfriend for a chance at Chris Hemsworth. And I’d fight dirty. Dropping elbows, spin-kicks. Eye gouges. A true hardcore arm wrestling match.

Well, when I got home, I found out that Hawkeye is totally making a cameo in Thor. Word? According to Slashfilm, “The Wrap says that Jeremy Renner will appear in Thor as Hawkeye. In some ways this isn’t new, because Jeremy Renner himself mentioned last year that he expected Hawkeye to show up in Thor.”

Well then. I don’t really know how Hawkeye fits into the Thor movie, but I’m not sure Marvel gives a fuck. They’ve been shoehorning the various Marvel characters into other titles since what, the original Iron Man? Yo Marvel. We get it. It’s an interconnected universe. Seriously. We’re nodding our head. Because we get it.

Thor Movie Poster Revealed; It Will Get You Mid-hard. Get It? 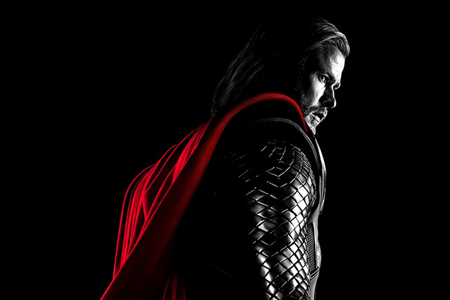 If the Thor movie is anything like this poster for it, we’re in good shape. Sometimes when browsing through the promotional material, Thor looks so fucking awesome and his outfit gets me fucking jacked. And then sometimes it looks plastic-y and something you buy at the Big Party.

They crank it out of the park for this poster. Sure it’s photoshopped to hell and everything, et cetera. It’s still swank.

Hit the jump for the full beast.

END_OF_DOCUMENT_TOKEN_TO_BE_REPLACED 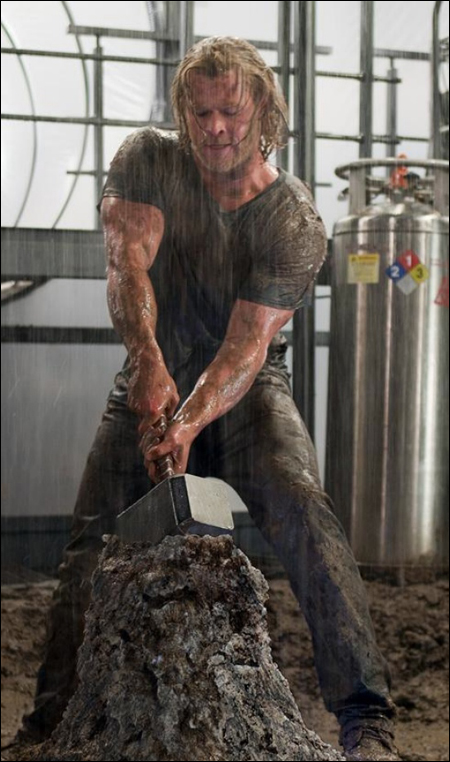 Thar be some insane muscles!

I always wonder what sort of horse-balls derived, HGH-rich diet Hollywood actors are on, to achieve the physiques of well, Norse gods. Bask in the rippling mountains of Thor’s muscles in this picture. And silently weep (if you’re like me) at your lax, rippling waves of lack-of-tone. 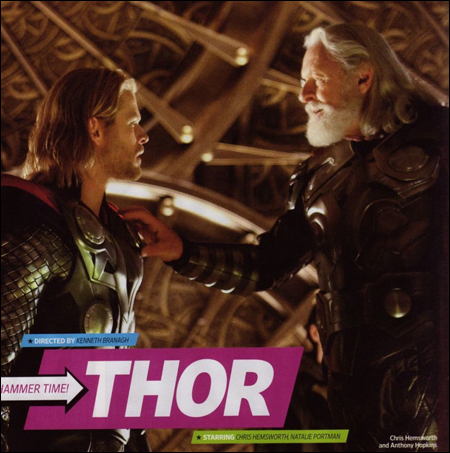 In case you can’t tell, I’m pretty interested in the Thor movie. I know there’s douchey Green Lanterns out there, and that X-Men: First Class movie that’s getting fast tracked and is going to suck. But I’m in it to win it with Norse Thunder and the Asgardian Bromites. So with that said, I’m digging this picture released today, from what I’m assuming is the same issue of EW that has the Green Lantern crap.

It looks decidedly less lame, a bit more in context, and the outfits appear to cost more than $10.