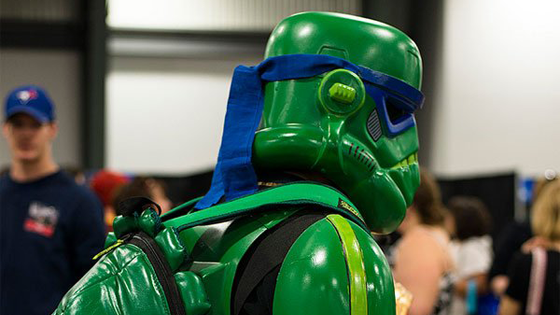 Now this is a reimagining of the Ninja Turtles that I can get behind. Motherfuckers get busy thrashing Splinter, then they turn their sights onto infiltrating the Empire with the help of a whiny farm boy. Grab the princess, blow up the space station. Pizza for all.

END_OF_DOCUMENT_TOKEN_TO_BE_REPLACED 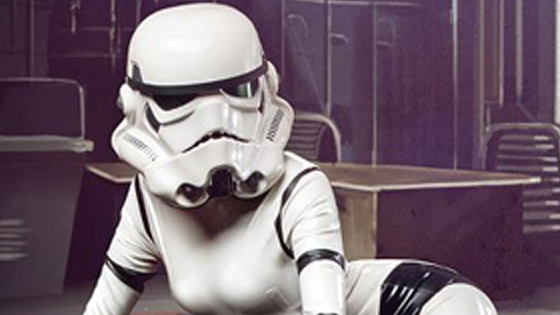 It’s been a long, long, long fucking week. Not sleeping much. My laptop broke, disabling me from blogging in sporadic bursts from work. I need to unwind. And this, this shit is the sort of content that will help me do so. Quite possibly a cosplay engineered to blow my goddamn mind.

END_OF_DOCUMENT_TOKEN_TO_BE_REPLACED 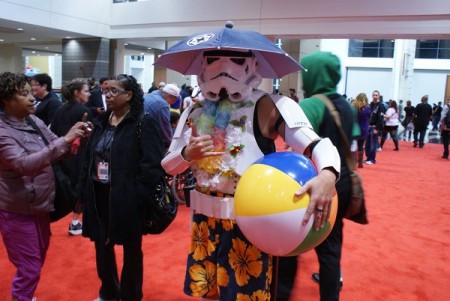 Check out this relaxin’ clone of Jango Fett. Yeah, sorry man. Went there. He’s seen some shit in his day, and he’s also the only Stormtrooper to not  eat an errant blaster bolt. Now he unwinds getting shitfaced on margaritas and talking about all his bros that he has left behind. Towards the end of the evening he pukes into his helmet, snot running out of his mouth and vomit out of his nose. Continually he apologizes, telling us he just gets so damned lonely, and space isn’t the only place that’s cold.

Cosplay: Princess Leia And Stormtrooper As Zombies. It’s A Metaphor. 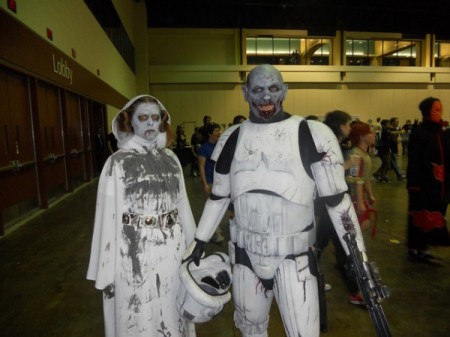 Princess Leia and a Stormtrooper are getting their rot on. A clear (clear!) metaphor for the amount of times Lucas has dug up the corpse of Star Wars  only to reanimate it before fucking it to death again. Under his fat flabby fingers of manipulation and doom.

Monday Morning Commute: The Death Sentence
Facebook created an Advanced AI that won’t stop shit talking Facebook. Can’t fucking blame it!
‘Love, Death + Robots’ Season 4 ordered by Netflix. Technorgasmic fist-pump!
Views From The Space-Ship: Guided By Lines
Vince Gilligan’s next show is being compared to ‘X-Files’ and ‘The Twilight Zone’ and fuck yes!
‘Prey’ has Hulu’s biggest premiere ever. This makes sense cause the movie fucking rules.
Scientists create Human Bread Yeast in a lab. What the fuck are we doing?
Gigantic-Ass Jet Lightning Bolts That Reach Space Remain Mystery to Scientists
‘Friday the 13th’ Producer teases franchise news soon. Let’s get back to the Lake, bitches!
NASA Finds Holes on the Moon Where Its Always a Nice Temperature. Insert Joke Here