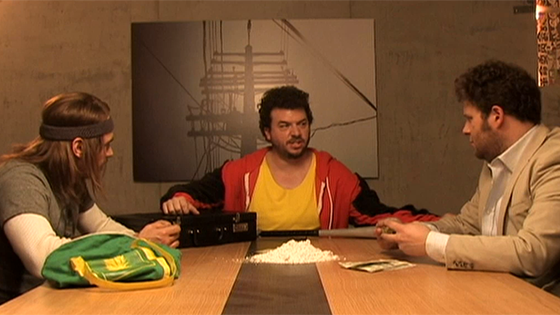 April Fool’s Day fucking sucks. Yeah, Google. You’re brilliant. Even more brilliant is Random Guy X on your Facebook feed. However, the douchebags behind This Is The End have produced something for the day that isn’t completely loathsome. It’s a new trailer for the flick, riffing on the idea of a sequel to We Get It Rogen, You Like Weed. Why do I float the pass? ‘Cause it’s actually promoting a real product and shit. Am I being arbitrary? Probably.

END_OF_DOCUMENT_TOKEN_TO_BE_REPLACED

KRISTEN WIIG and SETH ROGEN are guesting on ‘ARRESTED DEVELOPMENT’ Season 4. Most righteous. 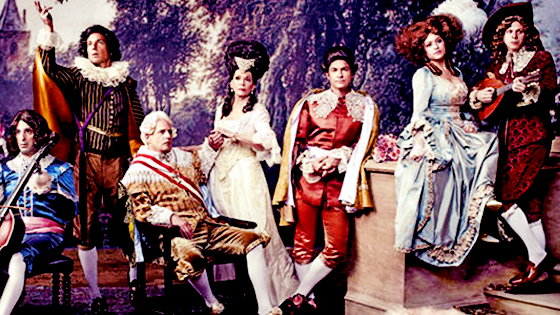 Fuck yes. Every once in a while, I recall that Arrested Development is getting a fourth season. In these brief moments of mental illumination,  a tingling feeling engulfs my genitals. Quietly, they hum with the consolation of a temporarily beautiful universe. Now that I know both Kristen Wiig and Seth Rogen are guest starring in season four, said humming and glowing will feel even more fantastical.

END_OF_DOCUMENT_TOKEN_TO_BE_REPLACED 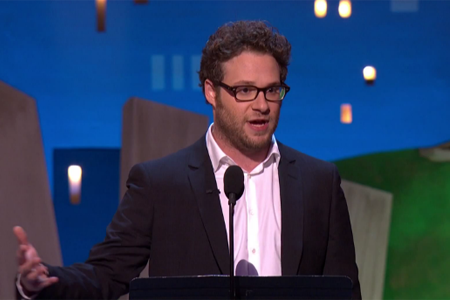 I had been tiring of Seth Rogen and his  shtick  for a while now, but last weekend he reinvigorated my love for him. Speaking at the 2012 Spirit Awards he spit general hot fire, but clinched my approval for the verbal tire iron he swung at the piece of utter  refuse, Chris Brown.

END_OF_DOCUMENT_TOKEN_TO_BE_REPLACED

The Green Hornet Is the First Great Action Flick of 2011

(This review first appeared at the Mishka Bloglin, where I write under the moniker Oh Mars. For some reason.)

No one was sure what to expect when, years ago, Seth Rogen and Pineapple Express scribe Evan Goldberg wrote a script for a Green Hornet movie. It would be an action/comedy, that was the only guarantee. Then when Michel Gondry was set to direct, the blogosphere became collectively baffled. He’s a super creative, visionary director with a love of playful special effects. That’s unarguable. He delivered one of the best sci-fi movies of the decade with Eternal Sunshine of the Spotless Mind. On the other hand, The Science of Sleep was way too cutesy for my taste and Be Kind Rewind sucked big time. So how did this petite Frenchman tackle a $120 million action comedy? Very, very well.

The vigilante superhero first appeared on radio serializations during the Depression and then as a short-lived TV show that ran from ’66 to ’67, featuring Bruce Lee as Kato. Since then the character has existed in a pulp niche outside of popular culture for decades – besides two comic book runs – Gondry, Rogan, and Goldberg could had creative freedom because the fanbase was relatively small. The final product is a fast-paced, hilarious, and surprisingly violent two hour movie. It definitely has its flaws but they’re seriously outweighed by everything the film does right.

END_OF_DOCUMENT_TOKEN_TO_BE_REPLACED 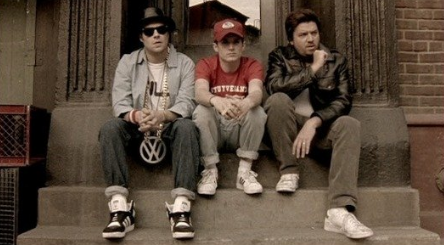 Kick it! The 2011 Sundance Film Festival kicks off on January 20th and one short film is already being called a “must-see.” Directed by Adam Yauch (MCA) of the Beastie Boys, Fight For Your Right Revisited is a look at the making of the classic video. That in itself would be awesome, but what’s really creating buzz for the short is the cast. Seth Rogen as Mike D, Elijah Wood as Ad-Rock, and Danny McBride as MCA. That’s them from left to right in the photo. John C. Reilly, Jack Black, and Will Ferrell also star, probably as party goers. Hell yes.

The short promises to look at what happens when “the party’s over.” That’s all the information Yauch has revealed so far, but the cast list alone is enough to get pumped about. I’m most excited about seeing Frodo in the mix. Seeing how he plays off of McBride and Reilly is going to be a treat. (via MovieFone)