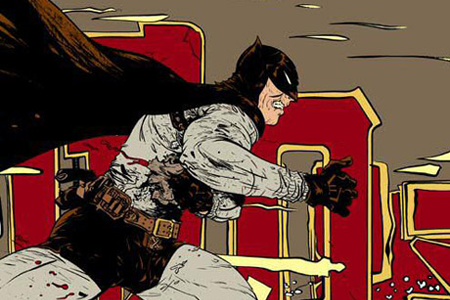 Is Robin coming to The Dark Knight Rises? I speculated upon that shit last week, when it was announced JGL is negotiating to be in the flick. Now the rumor mill has begun to churn, steam rising and gears crunching.

But a report from a Michigan NBC affiliate might now suggest otherwise. According to reports, location scouts for  The Dark Knight Rises were in Grand Ledge, MI recently and were looking at a water treatment plant to possibly be used as “a hideout for Batman’s sidekick Robin.” Are the location scouts being misquoted? Could this just be a red herring? Or are they possibly referring to another Robin? Read all the possibilities and quotes after the jump.

I don’t blame anyone who initially balks at the concept. In fact, both Nolan and Bale have publicly stated in the past they didn’t think it was the best idea.