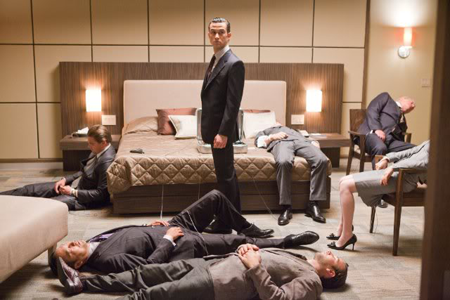 For a good amount of time last year, it was speculated that Joseph Gordon-Levitt was going to be in the next Batman flick. I was stoked. There were senseless rumors being thrown around, that he’d be the Riddler and such. These rumors were seemingly quashed last year when it was announced that Inception co-star Thomas Hardy was going to be in The Dark Knight Rises. While I love the dude, I was bummed. Lucky for me, hope springs fucking eternal.

Joseph Gordon-Levitt is officially in talks to join Batman 3 / The Dark Knight Rises / Get Me A fucking Bat-Burger, Alfred.

This evening, Slashfilm reported the following:

Deadline has confirmed something that has been suspected for some time — Joseph Gordon-Levitt is in talks to reunite with his Inception director Christopher Nolan in The Dark Knight Rises. No one knows what role he will play, but rumor sites have been suspecting that Hugo Strange is part of the threequel story.