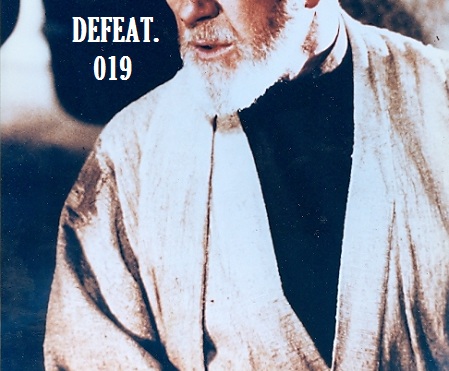 Born into a family of mysterious vagrants, Rimina Jacoby spent her first years in Bavaria. Shortly thereafter, the Jacoby family was ousted by local villagers who grew suspicious of their idiosyncrasies. The family headed for Portugal, along with the remaining Bendjiems, whose widower of a father had been murdered. And, if the rumors were true, raped. The suspect – the brother of local woman Father Bendjiem had begun courting.

In a villa outside of Faro, both the families Jacoby and Bendjiem were absorbed into a small but accommodating gypsy population. As a toddler, Rimina learned how to persuade marketplace fools to spend too much money on flowers. They were stolen from a cemetery only a quarter-mile away. Her dirty hands and shoeless feet evoked pity while her rosy cheeks evoked the wallets.

She was the perfect resource for a society struggling for subsistence.

That was, of course, until the dog bit her left eye out. On Rimina’s seventh birthday she made the mistake of trying to sell stolen flowers to Pedro JordÃ£o. Not only was JordÃ£o the drunkest resident of the villa but he was also in a state of sorrow. Grieving for his recently deceased wife. So when the dirty gypsy girl with the delightful smile tried to sell him the same basket of flowers he had left for his wife that very morning, he lost his fucking mind.

With the command to SIC! this insanity was transferred from Pedro to his enormous Cujo of a mutt.

The mongrel pounced upon the girl, knocking her flat on her back. Although he could have literally devoured Rimina, the beast only attacked the left side of her face — just as he had been trained. The screams of the girl were harmonized with the horrific wailings of onlookers. It was only after Rimina stopped moving that Pedro JordÃ£o pulled the dog away. The grieving drunkard was never seen in again and while the popular story was that he had been killed by his canine companion in the middle of the night, the truth was that he moved to America to become a millionaire.

As if the physical pain of having an eye eaten out of its socket and eaten by a dog wasn’t enough, Rimina now had to deal with the agony of obsolescence. Her one skill had been to be the one swan in a pack of ugly ducks. And now that was gone. Something about a little girl with a bloodied bandage wrapped around an empty eye socket didn’t exactly attract customers. As a result, she couldn’t attract the affection of her community.

For months, Rimina was set on walking into town, sitting on a broken crate the youngest Bendjiem had given to her for her birthday, and crying. Uncontrollably. And when tears are forced to flow out of one eye, the grief is that much more viscous. For half a year the syrupy tears dripping into her mouth were the bulk of Rimina’s diet — she didn’t have an appetite and wouldn’t have been fed even if she did. But her self-loathing and downward spiral wouldn’t continue indefinitely.

It was on an especially oppressive summer day that the former-beauty turned emaciated-cyclops was approached by the Man in Gray Robes. At first, Rimina didn’t notice him. However, she felt his presence as a wave of possibility and understanding washed over her. Strangely enough, the moisture stopped pouring from her eye. She regained control of her breathing. And then she felt compelled to hop off of her broken crate.

Turning to face the source of the overwhelming feelings, Rimina gasped. “Meu deus! It is you, the Man in Gray Robes!”

“The Man in Gray Robes,” laughed the avuncular sage from the comfort of his shrouded face, “is that what they’re calling me now? Hardly creative, but I suppose that even forthrightness has its place.” The white-haired phantom took the girl by the hand. “Rimina, if we’re going to be friends, I think you should call me by my name rather than a description.”

Cautious but unafraid, “Ok. What is your name?”

Hooting once again, the cloaked figure mused, “Well, that depends on who you ask. But, personally, I never had any opposition to Kendolph. It was the name my master favored when I was but an apprentice not much older than you.”

Feeling at ease after such a cordial introduction, Rimina dared to investigate. “A master and an apprentice? So, it is true what they say about you?”

“Some of it is. And some of it is not. Rumors, child, are like wildfires — the further they spread, the harder it is to discover their origins. And yet, the more interesting they become.”

Rimina beamed with interest. Her heart was still open to prospect of wonder. So it was at this moment that Kendolph knew – not just had a hunch, but knew — that the girl would serve as his successor.

“Sure is hot out today, isn’t it Rimina?”

“Why don’t we have some water?”

“I would get you some, Kendolph, but the cask is being guarded by Corga Bendjiem. And she hates me.”

“You misunderstand. Rimina, allow me.” Kendolph undid the draw string at the top of the small leather satchel hanging onto his shoulder. Worn down by years of use under unfavorable circumstances, the outside of Kendolph’s bag told Rimina that it was not to be used for anything of value. If coerced, one might have guessed that the satchel was trustworthy enough to hold but a few coins. But as an aged hand made its way inward, it was clear that whatever was being removed was precious beyond price.

Kendolph extracted a perfectly full, ice-cold glass of water. Carefully, the glass was handed to Rimina Jacoby in the hopes of alleviating her desert of a throat. Gratefully and respectfully, the water was received.

“Enjoy your water, Rimina. Sip it slowly. Savor the refreshment it provides. I assure you, there is more where that came from. But when you finish, we must begin our journey. I am going to teach you the mystical arts.”

“So the tales speak true! Are you going to teach me black magic?”

“No. You speak brashly, for you are young and eager. I will share my gifts with you, but we will not ever use them for evil designs.”

“Then it is good that we will pursue?”

“No, the mystical arts are not to be used for good, either. For every noble road mindfully traveled upon is marked by the hidden bandits of disaster.”

Rimina handed her empty glass to Kendolph. “Then what is it that you do?”

Kendolph held on for a moment, allowed for a full container’s worth of water to inexplicably reappear in the glass, and then handed it back. “I observe the world as it is. As it was. And as it will be. With astral projection, the forfeiture of corporeality, and the transcending of existential planes, one can finally embrace the wholeness of life. And then, it is the individual’s duty to share this wholeness with others.”

Hand in hand, Kendolph and Rimina Jacoby walked away. They headed towards the hidden world, exploring that which was structured in such a way as to resist discovery. Their travels were far and fruitful and by the time Rimina succeeded her mentor, she was more than ready. 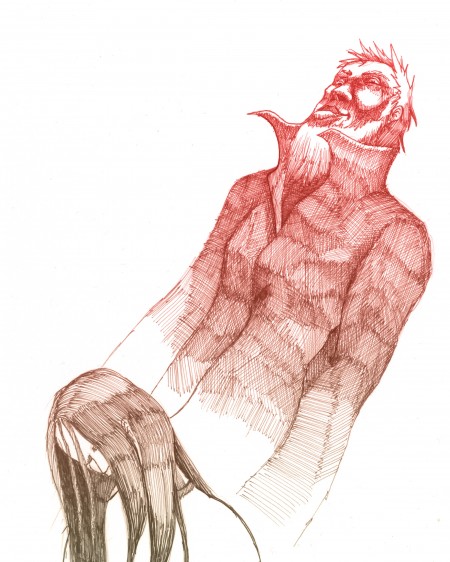