COMPUTER can READ LETTERS DIRECTLY FROM YOUR BRAIN. Game Over, Man. 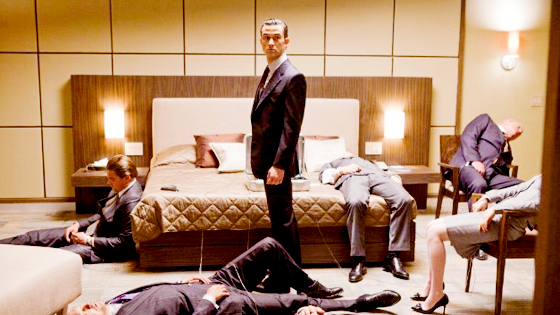 This is either terrifying game-over material, or the lube you’ve been looking for to stroke your cyberpunk bits with. A group of scientists Daring to Approach the Lords have concocted a way to read letters. Directly from your fucking brain.

END_OF_DOCUMENT_TOKEN_TO_BE_REPLACED 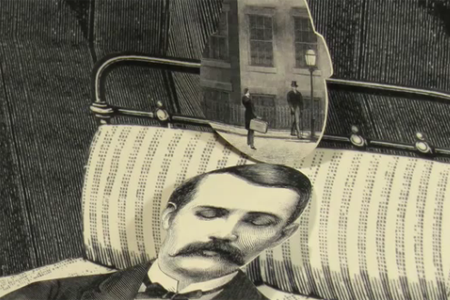 This is Inception In Sixty Seconds done by ï»¿Wolfgang Matz for a competition of the same theme. It’s been around since Friday on the internet, which by our standards makes it beyond old. Crusty. Withered. Dusty. But I don’t like to ball as hard here on the blog during the weekend. So consider it a late to the party entry.

END_OF_DOCUMENT_TOKEN_TO_BE_REPLACED

While everyone is busy sweating Batman rumors, I’ll watch Baby Inception on repeat. You can’t script the amazing pay-off at the end.

Behold! Inception Becomes An NES Game; That Famicom Is Resilient. 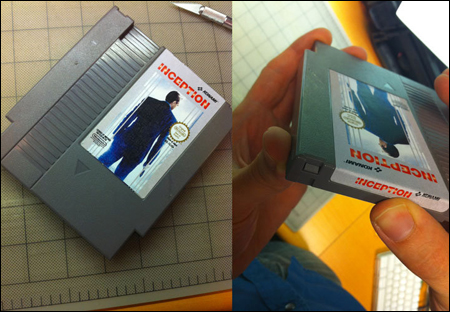 Inception, not to be outdone by fucking LOST, goes 8-Bit.

KEEP CALM AND RIDE THE KICK 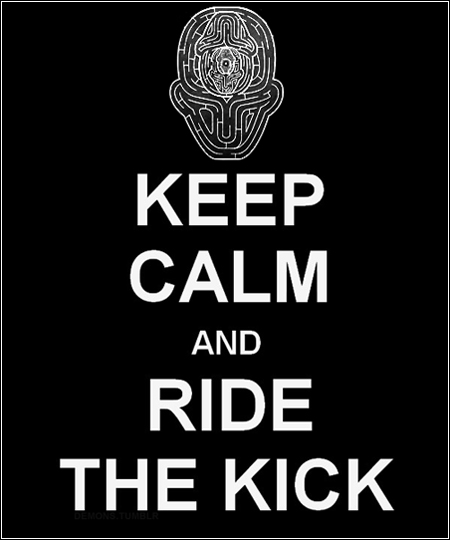 Source: Sarcastically, I am. 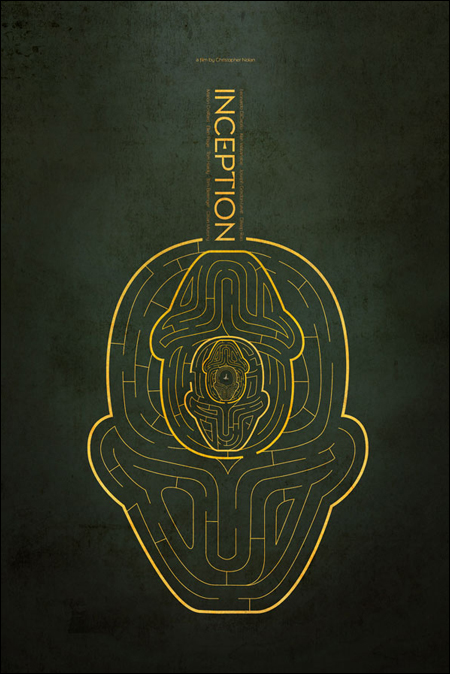 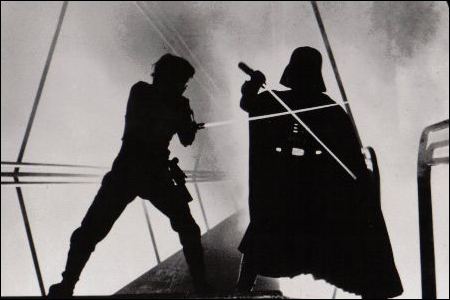 My final project for my summer course is finished. It’s been attached to an email. It’s been fired, an electronic missive, scattering across the digi-webs towards my professor’s inbox. And as soon it is received, it shall begin crushing the university’s bandwidth, daring to be downloaded. Enormous. Blathering. Finished.

I’ll be bored and ready for class in two weeks. 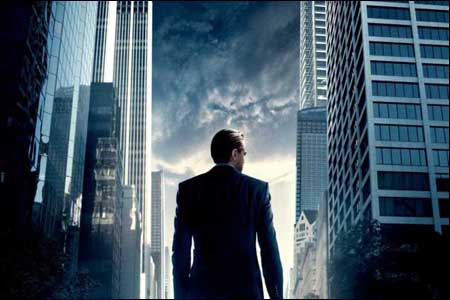 Watching / Inception
I saw Inception at midnight on Thursday. It has staunchly refused to leave my brain since that moment. Call it intellectual laziness, but I prefer to side-step the usual “Quantity X was Quality Y” comment. I don’t know how good Inception is, but I know that I fucking love it.

I told Pepsibones that I have begun trying to figure out how much I like something by how much it stays within the skullparts of my mushbox. I can’t get Inception out of there, and god dammit, I don’t really want to, either. It brings me happiness. Just when I think it has left me, it returns with cookies and lemonade, and says to me, “Beautiful day, innit?”

And I just smile.

The purpose of my project was to design a “dream” sequence of literature that I would teach. So I went right to my Love Nest. I began pilfering around for concepts of the American Dream, looking for the texts that I enjoyed that dissected capitalism, materialism, erroneous concepts of social status. The sort of stuff that has stuck, like a splinter in my mind. I came up with a class that taught The Great Gatsby and then segued into Fight Club by way of an episode of Mad Men. It seemed terribly fun.

The depressing part is that it exists only in a word document, and in my mind. After building such a dream sequence, I realized that the chances of me ever teaching it are relatively slim, and that night I ate a second cookie to mask my feelings.

Sometimes I cry through food.

END_OF_DOCUMENT_TOKEN_TO_BE_REPLACED 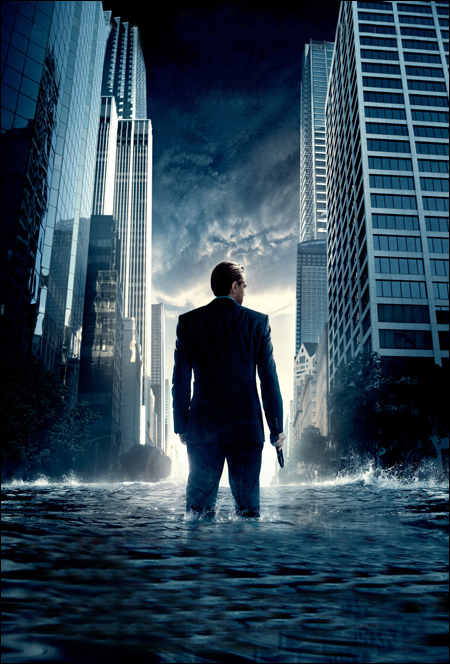 Here’s the problem with me trying to write anything. I vomit passion. It works its way out of my pores, it rambles out of my mouth, it infects my fingers. Anything I write about anything no less than six months after I experience it, is horriblly disfigured by my passions. And the feelings I have now or will have then can be completely contradictory, and dammit I don’t really care.

There’s a certain point when the switch flips and I’m able to think about something analytically, but usually I can’t . Especially when I enjoy something.

I’ve spent the entire last twenty-four hours completely swallowed up by the universe that Christopher Nolan built. A universe built in mazes, fabricated with the intent to meditate on ideas of ideas, guilt, consciousness, self-reflection, et cetera. Movies are special to me when they affect me. A universe also filled with gorgeous cinematography, white-knuckle action, and brief moments of humor. Every time I have to hear someone say, “Inception is a masterpiece” or “Inception isn’t a masterpiece”, I wonder quietly to myself what the fuck that means. I have absolutely no idea. But I do know Inception affected me.

END_OF_DOCUMENT_TOKEN_TO_BE_REPLACED

“The Influences Of Inception” 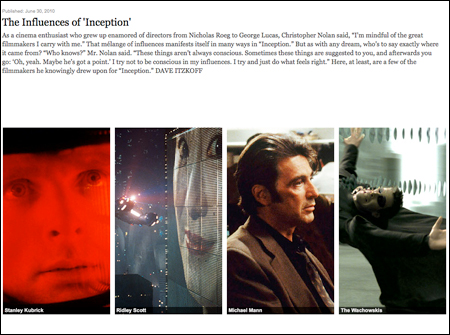 Is Inception Going To Be “Too Smart” And Do I Care? Maybe and No. 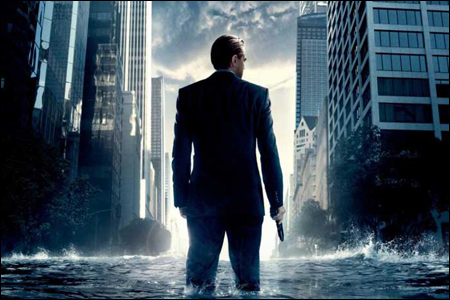 Since the premise for Inception has been revealed; a world involving dreams, injections into these dreams, concepts of existence, ideas, and philosophy, I’ve generally had one reaction: this movie is going to be over people’s heads. I’m not being a dick, I’m just working off of what I’ve observed regarding other “confusing” movies.

Apparently, I’m not the only one who thinks that this movie may be beyond people:

This film will be a major flop at the box office… My prediction is that this will be a good SF film which the critics will love, but which doesn’t find a large audience because of its subject matter. Since Christopher Nolan is still Hollywood’s golden boy and is working on another Batman movie, studios will overlook losing their shirts on this film. But that won’t change the fact that Inception will be a flop.

It’s an interesting question, and Sanford definitely argues towards a conclusion I had been contemplating.