A new column has arrived, brought to you in part by my unslakable lust for talented people.

I bet you didn’t know this, but I’m a huge polygamist. Not the creepy Mormon kind, but the “holy shit there are too many attractive people that I want to bang for me to even think about being monogamous” kind. You see, I have about 27 celebrity husbands and 15 or 16 celebrity wives, and I’ve been gathering my famous spouses like beanie babies since, oh, 2001. I am married to 43 people. 43, you fuckers. It’s a big list, one that has been in flux since the start. Oh, I have my fixed 10, and they will remain in their spots on the list until the day I die and take my rightful place on the throne of Hell, but I’m constantly marrying and divorcing other people like it’s my job.

And guess what? Every Thursday, you’ll get to learn about 1 or 2 of them. Prepare yourself for Cinematic Polyamory, or “R.C.’s ovaries explode so often that the frequency can’t be textually rendered”. This post is a little late, as I spent last night stuffing my face at a fundraiser dinner, so apologies for cluttering up the Friday dashboard.

But why don’t we begin this ridiculousness with my number ones?
END_OF_DOCUMENT_TOKEN_TO_BE_REPLACED

There is now a vagina on this site and it belongs to me. Also, birthday wishes. But mostly my vagina. 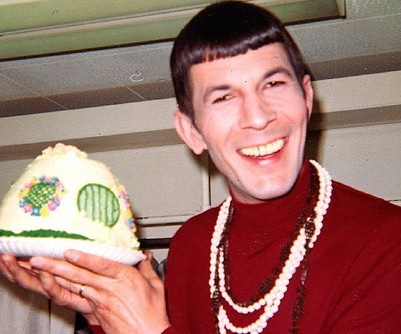 Sorry to interrupt your regularly-scheduled sausage fest, but there’s a new face on the OL team and it’s a damn sight prettier than anyone else’s around here.

The name’s R.C. and it’s nice to meetcha. Before we go any further, there’s one thing you should know right off the bat: I like things. All sorts of things. If things were a man, I’d marry it. And if  you  were married to things, I’d jeopardize our new friendship by nailing your hot husband. I have been described as many things, including: an immoral raconteur, an astrophile, a zombie aficionado, the bastard lovechild of Ellen Ripley and Badassery, insane, and ridiculously awesome. All of these things are true. I also have a Batman tattoo.

You’re probably thinking to yourself that I can’t possibly be this incredible, but don’t take my word for it. Here are just a few of my testimonials:

“I once lost a Shamon-off to her, and it was awesome.” — Michael Jackson

“She salted the burial grounds of my ancestors so nothing would grow there for a thousand years.” — Rick Santorum

So, let’s kick this off with a big fucking HAPPY BIRTHDAY to Leonard Nimoy, who is, like, 461 years old today. Leonard, I know you’re pretty sick to death of the Star Trek franchise, but nut up and accept the fact that I am going to spend the night Vulcan saluting all over the place in your honor.