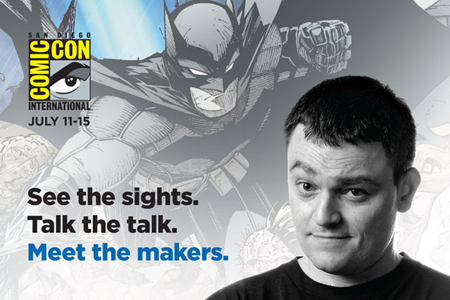 As I’ve said ad nauseam lately, Image has been firing on all cylinders. One of the reasons for their righteous domination is their focus on the fucking creators. DC seems to have taken notice of Image and its bustling stable of marketable creators,  ninjaing the idea of marketing the creators themselves. Shit, even the aesthetic is redolent of the Image campaign.

END_OF_DOCUMENT_TOKEN_TO_BE_REPLACED

So These Are Comic Books (8.05.2020) – Grafity Has A Hold Of Us All
R.L Stine’s ‘Fear Street’ series getting Netflix trilogy next fall. My adolescence just popped a stiffy!
Jeff Lemire’s ‘Sweet Tooth’ is returning in November with a miniseries. Cryptid Hell Yes!
Xbox Series X could be dropping this November 6. Finally some leakage, some details, ffs!
Dwarf Planet Ceres has a secret saltwater ocean underground. Yo, how fucking rad is this?!?
‘Halo Infinite’ delayed until 2021, which makes sense because it looks like ass porridge
Watch: Mars got a weird nightglow in its atmosphere that pulses three times a night. The Red Planet is wonderfully weird
Monday Morning Commute: Nothing Promised.
Best of OL Plays: The Great Handjob Debate of 2020
Clive Barker’s ‘Books of Blood’ is adapted into movie for Hulu and arriving in time for Halloween!