I. For those unfamiliar with you and your work, what’re you all about? What is the story of Brandon Graham as of March 2012?

I make comics, I draw and write and color and letter and all that. I’m always trying to make work that’s as cool as the comics that got me to want to spend my life making comics.

II. It could be argued that you and some of your contemporaries (such as James Stokoe) seem to blast through the traditional comic book walls, both in terms of the visuals as well as the stories themselves. Is this a conscious decision to test the medium’s boundaries or are you just doin’ your thing and whatever happens happens?

I feel like the medium is amazingly untapped and there’s just so much left undone combining words and pictures, it’s pretty exciting.

But I don’t know if me or James are doing work that’s that out of line with what we’re inspired by — stuff that ran in Heavy Metal magazine or 80’s manga, or for James 2000AD. That stuff was chock-full of people trying to push what could be done.

III. What got you into comics in the first place? Was there a particular creator/title that piqued your interest?

My parents and older brother all read comics so they were always around. I remember Furry Freak Brothers and Asterix comics when I was really young.

Past that I’ve really latched onto the work of Moebius, Shirow (Appleseed) and a lot of early Matt Howarth (Post Brothers, Savage Henry).

IV. In the comics world, what catches your fancy these days?

I read a lot of quarter bin comics, 70’s Bucema  Conan  is always fun. The new stuff I’m really excited about is stuff like Emily Carrol (http://www.emcarroll.com/#2), or I just read a great road trip web comic called The Less Than Epic Adventures of TJ and Amal (http://tjandamal.com/). I like Finder a lot, and Adam Warren’s Empowered.

V. Outside of comics, where do you get your inspiration? Film? Video games? The strangely sexy vagrant that sings Jefferson Starship tunes while pissing on the bench by the bus stop?

I latch onto a lot of authors – it’s nice to listen to audio books while I draw. I’m really into Robert Heinlein (Friday, The Moon is a Harsh  Mistress),  Haruki Murakami (Hard-Boiled Wonderland and the End of the World) and Raymond Chandler’s Philip Marlowe books.

I listen a lot of rap music, stuff like KRS-one, Rakim or anything with really good puns.

VI. Thus far, what has been your greatest professional moment? Have there been any debilitating speed-bumps along the way?

It’s  probably getting my King City book into print – that book was a lot of speed bumps  and I’m  thankful  for how great the guys at Image have been in helping it come out.  And it’s always really  exciting  when I meet other creators whose work  resonates  with me are excited about the work that I’m doing.

VII. For many comics fans, Prophet is their introduction to you. How well does/will this series represent your work as a whole?

The tone is kind of different from the comics I do by myself, but it still has some of the  aesthetic I’m going for. Simon Roy, who’s drawing the first three issues, has a lot of input in Prophet. For the most part my own stuff is less serious, with lots of puns and more messing around with storytelling tricks. 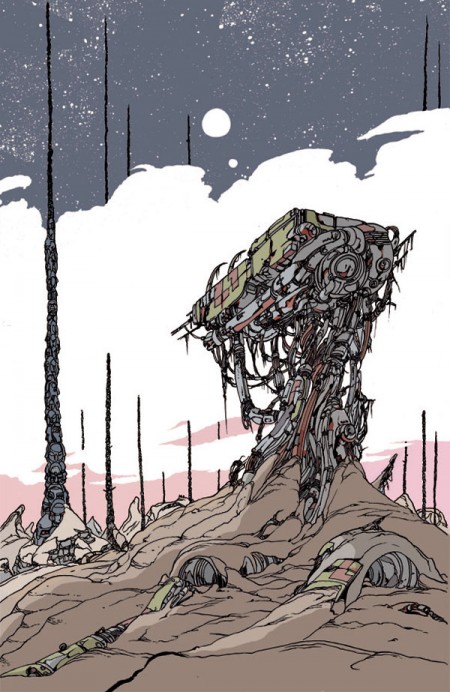 That’s a great thing about what I’ve been up to – all I do are my dream projects.

Right now I’m finishing up the next four issues of my book Multiple Warheads that’s set in a fantasy  Russia and follows a woman who smuggles magic organs and her boyfriend who is a werewolf with two dicks.

I’m just doing whatever I feel like with it.

IX. What advice would you offer to aspiring artists/writers/creators?

I think it’s really important to be doing art for yourself, make it personal.

X. What’s coming up for you? Any projects you want to plug?

Prophet is putting along monthly, I just started the issue that I’m writing and drawing by my  lonesome (#26) and later this year the first four issues of my Multiple Warheads will start to come out from Oni Press.

If all goes as planned I should have about nineteen comics out this year.

XI. Perhaps the most important question of all time – Han Solo or Indiana Jones?

For more about Brandon Graham, check out his blog, his Deviantart page, and his art-for-sale site. 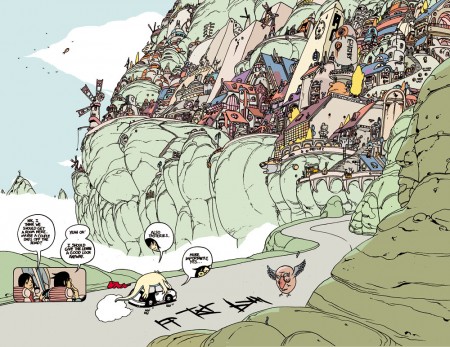