(THERE WAS) DRINKABLE WATER ON MARS according to Opportunity 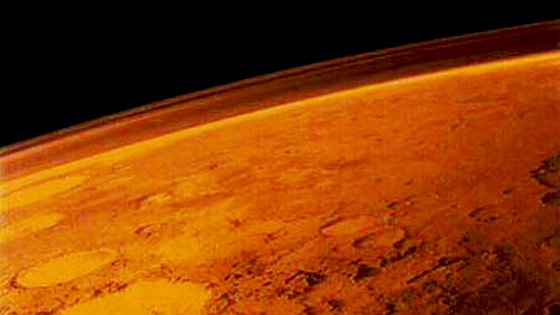 Imagine sucking down a cold glass of Martian water? Well, we can do it. What’s needed for this task? Uh, well it’s a bit complicated. A time-travelling spaceship, stocked with a crew and such. Me? I’m just there to drink the water.

END_OF_DOCUMENT_TOKEN_TO_BE_REPLACED

Astro-Wizards find enormous river on Mars. Well, it is dead. But still! 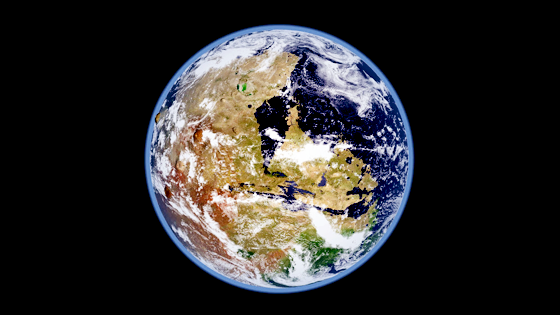 So like, when we finally burn out all of Erf’s resources, we are piloting the temporal-rocket to Old School Mars. That’s what we have to do, given that I can’t think of any better solution. Oh, you say we don’t have the temporal-rocket. Well, I have it on good authority those who construct the temporal-rocket will leap back in time, giving us such technology. So we can leap further back. And so on, and so on.

END_OF_DOCUMENT_TOKEN_TO_BE_REPLACED 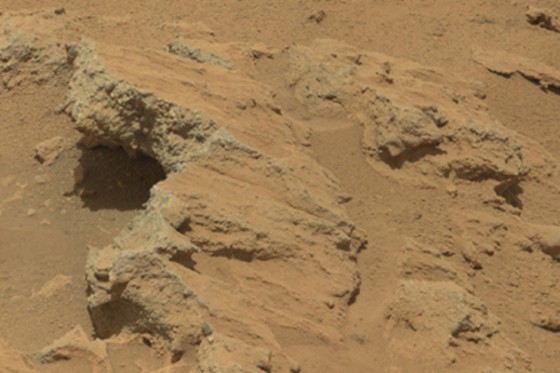 Bradbury high-fives all around! Curiosity has found evidence of an ancient stream of Mars. Now – dear friends – all we must do is channel our combined telepathic will into filling that stream with material of the cosmos, transforming it into a bubbling creak. Or something.

END_OF_DOCUMENT_TOKEN_TO_BE_REPLACED 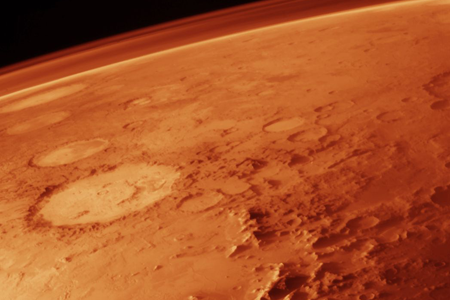 The Martian Chronicles  was actually a future divined by Rad Bradbury. Such a future will soon come to pass, as evidence for flowing water on the surface of Mars refuses to go away. So say we all! Or something.

END_OF_DOCUMENT_TOKEN_TO_BE_REPLACED 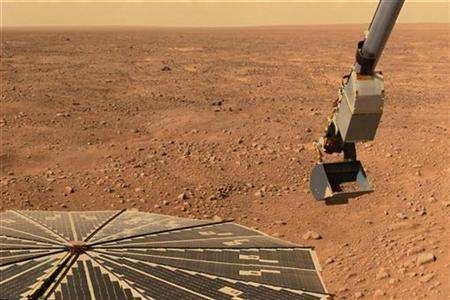 Every cosmonaut geek knows one thing: you can’t go a month or two without a new story about water on Mars. Or life. Microbes and water. Every month, coming atcha courtesy of our favorite Red Planet. This time, the OH MY GOD WATER ON MARS storyline revolves around the Spirit Rover, and its dumb ass getting stuck in Mars’ soil. Dost it drag up some interesting bullshit whilst stuck there? Why, just maybe!

For the past year and a half, Spirit has been stuck at a Martian site called Troy, where the rover’s wheel broke through a crust and churned into soft sand. But it hasn’t sat completely idle. NASA researchers have used Spirit’s downtime to investigate the soil at Troy, and have found the site may see liquid water during certain climate cycles.

Interesting? Sure. Sure? Sure! I’m waiting for the day the US government finally unveils the fact that it found artifacts from a fallen human civilization. You know, the one that made it to Mars, only to have their existence on Earth obscured from history by the fact that they were wiped out by a prehistoric robot uprising. Clearly, they colonized Mars, and but were then wiped out again. By a robotic uprising.