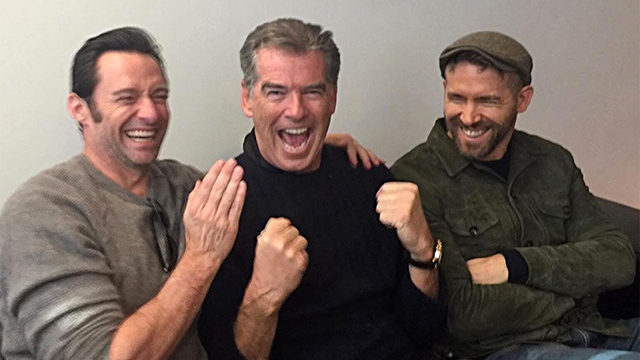 The meta, post-modern tea leaves seem to signal one thing: Pierce Brosnan is going to be Cable in Deadpool 2.

END_OF_DOCUMENT_TOKEN_TO_BE_REPLACED

Face of a Franchise: James Bond 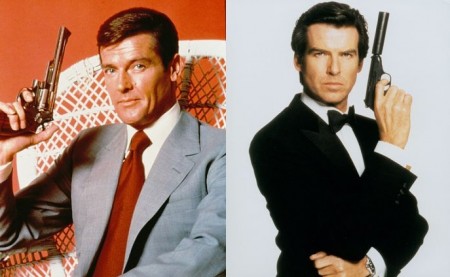 James Bond is the most popular fictional secret agent of all time. And why shouldn’t he be? After all, the dude has pretty much set the archetypal standard for the Suave Spy character. He’s that perfect balance of gorgeous yet gritty, cutthroat yet clever. He’s a man capable of accomplishing any mission, whether it’s securing nuclear secrets or banging a smokin’ babe.

Of course, with nearly fifty years worth of movies under his belt, James Bond has been portrayed by a few different folks. In my experience, any Best Bond Debate usually comes down to two choices: whoever is currently portraying the agent and the precedent-setting Sean Connery. But truthfully, I think that this discussion can, and should, extend beyond Daniel Craig and Forrester.

For most of the 1970s and 1980s, Roger Moore helmed the James Bond franchise. Moore’s 007 is noted for being a bit campier and more lustfully-minded than other portrayals. Movies like Octopussy give us a Bond with gadgets that are kooky and dames that are sexy. Audiences ate up this depiction, and by the end of his tenure Moore would be known as the actor with the most Bond-years.

On the other hand, Pierce Brosnan reinvigorated the stagnant franchise with 1995’s Goldeneye. Some might argue that Brosnan injected new life into James Bond, giving the character a sensibility and usefulness in a post-Cold War world. The Brosnan-Bond could also be credited as having tempered the character, bringing him back to the idea of a man with a license to kill. Moreover, Brosnan’s involvement in the series also made possible the greatest first-person-shooter of all time.

So who’s the better Bond? Roger Moore or Pierce Brosnan?