Darren Aronofsky’s Batman Pitch To Be Made Into Comic/Movie. Maybe? 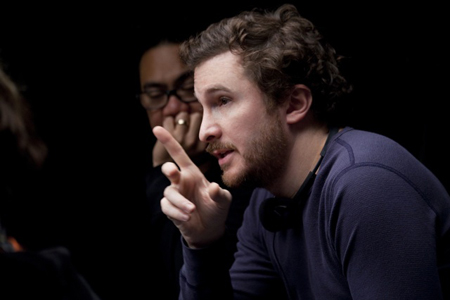 Way back in the day, before the Nolanverse Batman flicks, Darren Aronofsky was up for the project. His premise was fucking insane:

Among other things, Bruce flees after his parents are murdered, and goes to live above a car garage with Big Al, and his son Little Al. Big Al eventually dies, and Little Al becomes Bruce’s mentor and the “Alfred” figure. Bruce turns a Lincoln Continental into his Batmobile, but he doesn’t really set out to be a bat – he disguises himself first with a scar, then with a hockey mask and cape. He is hitting criminals with his father’s old signet ring, leaving the initials “TW” on their faces – but everybody thinks this looks like a bat-shape, and they start calling him the Batman. So he finally decides to go with it and dress like a bat. We meet Harvey Dent and Selina Kyle before they become Two-Face and Catwoman, and also glimpse the Joker. Despite these differences, some scenes and strands are lifted directly from Miller’s graphic novel.

Sounds Batshit (pun!) crazy, no? Well, now it may be coming to comic books. And then the movies.