Batman is a God. Literally. 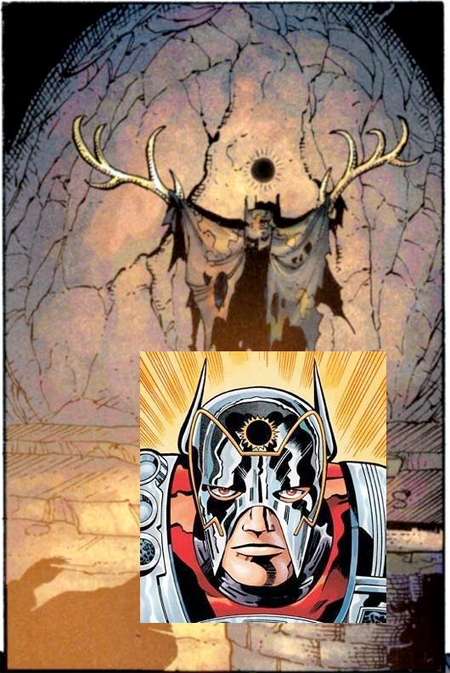 So The Return of Bruce Wayne just concluded, bringing Gotham’s first son back into the DC Universe. But other than returning the original caped crusader, not much in the series is explicitly described. There’s time travel and hunter-killer metaphors and self-aware concepts and even Satanic rituals. There’s more room for interpretation in this miniseries than most event-books I’m come across recently.

Hoping to find some answers, I stumbled upon a post by geraldthesloth at the Comic Vine forums. If I’m not mistaken, his theory (which was posted back in May) is as such: Barbatos/Thomas Wayne/Dr. Hurt is Darkseid reborn and Batman is Orion reborn.

In other words, Batman is a Fifth World God.

Six months later, geraldthesloth‘s theory only makes more sense. If you’re at all interested in the cross-section of comics and mythology and the ever-evolving use of narrative to understand the world around us, give the guy’s ideas a read.