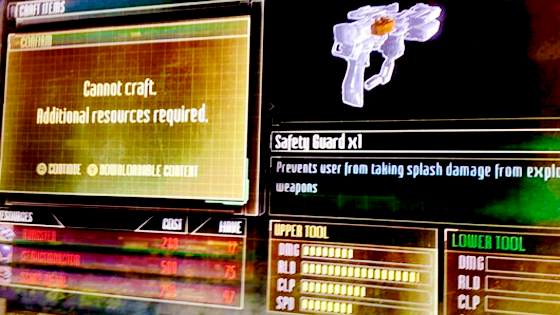 At this point in the dance, continuing to complain about microtransactions in gaming is like me complaining about blood in my stool. It is part and parcel for the area. If I didn’t want blood in my stool, I’d stop soaking my cells in aluminium filings to keep away the Illuminati Mind Control. If I didn’t want to deal with microtransactions, I would stop gaming. Dead Space 3 is the latest culprit in this spreading phenomenon. But don’t cry! It has N7 armor for some of us. Wee!

Dead Space 3 will scare up extra revenues through its microtransaction system. Eurogamerreports that crafting materials in the game can be picked up by the player, scavenged by bots or purchased through the in-game store. Apparently there are guards in place to prevent players from buying the best gun in the game right from the start.

Dead Space 3 associate producer Yara Khoury confirmed the feature, adding that purchases with real world money aren’t required in the game. The in-game currency will be offered in different denominations, but there’s currently no official details.