Elon Musk wants to build the Internet for space 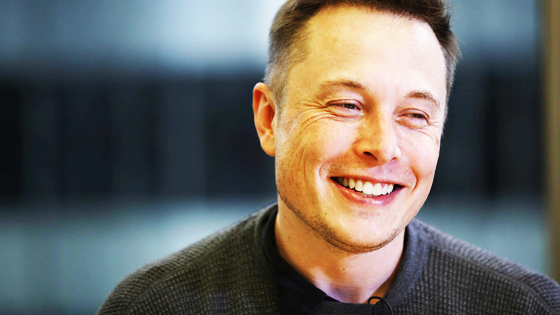 Elon Musk ain’t just launching satellites into space to cloak the Blue Marble in the Internet. Motherfucker is thinking larger. Like building the goddamn space Internet. For Mars. And probably Europa.

Rumors of Elon Musk using SpaceX to put a constellation of internet-providing satellites into orbit aren’t new — he’s even confirmed it’s something he’s thinking about. But a Businessweekreport has the full details. Some are expected, some a little less so.

First, the stuff we already knew, or thought we knew: Musk will be using a constellation of ‘several hundred’ (around 700) small satellites to give the planet global internet coverage. By using smaller satellites located close to the Earth, Musk thinks he can get the system into orbit cheaply, and also provide a faster satellite internet speed than what’s currently available.

In fact, according to the Businessweek report, Musk isn’t just hoping to connect the third world (a la Facebook and Google) with this project: the satellite system will rival existing fiber networks for speed.

Musk is thinking big in another way: Mars. He has made his ambition to establish a Martian colony pretty clear before, and, of course, you can’t have a human colony without Netflix. More usefully, any new colony would need some kind of communications network, and the space entrepeneur thinks lots of satellites is the easiest way to do this.

Although there’s no immediate timeline for when Elon is going to save you from Comcast, ’50-60′ employees will apparently start working on the project from the company’s Seattle office, with that workforce growing dramatically over the next few years.

Keep dreaming, Musk. I legitimately dig it. And maybe even like, you know, follow through on some of your murmurings.