Archives
« Maybe: Two or more planets lurking in our solar system
Elon Musk wants to build the Internet for space » 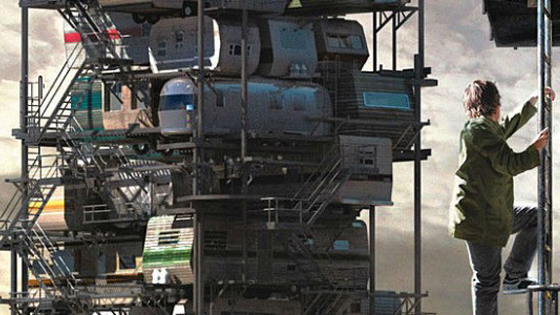 I think Ready Player One is deec. It cribs some concepts from better works (IMO~ OF COURSE) and uses them to jack off to the 1980’s. Which is cool. I imagine it was even cooler to those who valorize said decade. Does the novel need a sequel? I don’t know. Will I read it? Yes.

A few weeks back, there were lots of rumors about Warner Bros. going out to top notch directors after reading the latest draft to Ready Player One. Cline’s book was released in 2011 but sold its movie rights even before that. Since then, several writers have been hired to crack the story – which involves a massive online world and a pop-culture infused race to win billions – but nothing quite stuck. Then Zak Penn took over and, suddenly, names like Christopher Nolan and Peter Jackson were being thrown around. It was a huge step.

Since then, we haven’t heard much about the Ready Player One movie. So, in the meantime, I went back and read the book for a second time. The first time I read it, I finished it in 24 hours because I couldn’t put it down. The second time, even though I’d already read it, it took me all of 4 days to finish. Cline’s huge imagination and pop culture vocabulary create a story that’s both wholly original yet totally composed of the tattered remnants of our childhoods. It’s just a wonderful, exciting, vibrant and awesome book.

The news of the Ready Player One sequel comes from the new screenwriter Zak Penn. He said the following to Den of Geek:

Ernie’s working on a sequel to Ready Player One, and it is one of those great ideas that has endless possibilities. And to a certain extent, the longer it exists and the more Ernie thinks about it, the more he comes up with.

To be fair, even though I’m a huge fan of the book, it does have a pretty perfect ending. The world lends itself to more stories, but the hook of the first book was this rags to riches, Willy Wonka-esque game. I’m very curious if Cline has an equally pulse-pounding, story-driven idea to match up to that for a follow-up, or if we’ll just follow the continuing adventures of the main characters.

How about you? Any interest?