Maybe: Two or more planets lurking in our solar system 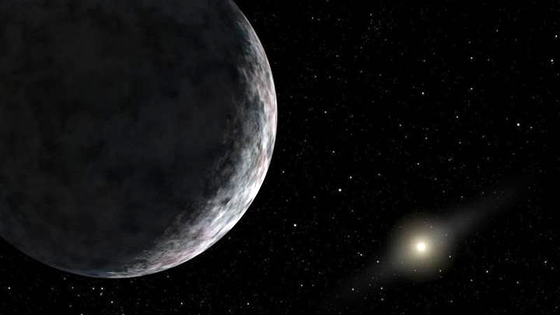 CHALKING THIS UP TO SPECULATIVE SCIENCE. BUT SPECULATION IS FUN. AND SO IS SCIENCE. SO LET’S DOOO THISSS.

Theory predicts a certain set of details for ETNO orbits, study team members said. For example, they should have a semi-major axis, or average distance from the sun, of about 150 astronomical units (AU). (1 AU is the distance from Earth to the sun — roughly 93 million miles, or 150 million kilometers.) These orbits should also have an inclination, relative to the plane of the solar system, of almost 0 degrees, among other characteristics.

But the actual orbits of the 13 ETNOs are quite different, with semi-major axes ranging from 150 to 525 AU and average inclinations of about 20 degrees.

“This excess of objects with unexpected orbital parameters makes us believe that some invisible forces are altering the distribution of the orbital elements of the ETNOs, and we consider that the most probable explanation is that other unknown planets exist beyond Neptune and Pluto,” lead author Carlos de la Fuente Marcos, of the Complutense University of Madrid, said in a statement.

“The exact number is uncertain, given that the data that we have is limited, but our calculations suggest that there are at least two planets, and probably more, within the confines of our solar system,” he added.

The potential undiscovered worlds would be more massive than Earth, researchers said, and would lie about 200 AU or more from the sun — so far away that they’d be very difficult, if not impossible, to spot with current instruments.

The new results are detailed in two papers in the journal Monthly Notices of the Royal Astronomical Society Letters.

Seriously though, this sort of report gets me excited. And then I remember like, you know. Theoretics and shit.