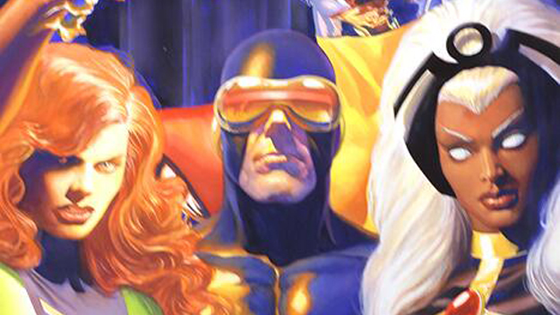 CONTROVERSIAL COMMENT: I think Alex Ross can sit on it. Sit on what? A fucking firecracker that I’ve tricked him into thinking is a prostate massager. I find the dude pretentious, dismissive, and the rocker (at least in the past) of a ridiculous ponytail. That batch of pointless, self-condemning hate aside, I find his artwork gnarly. Here’s some new artwork of his.

Art dealer Sal Abbinanti has unveiled two new Alex Ross lithographs that will be available next month at Comic-Con International.

Ross, who’s been reaching back into Marvel history for a series of variant covers celebrating the publisher’s 75th anniversary, here depicts the 1970s X-Men lineup and a fairly timeless Captain America. The renowned artist recently tackled both subjects in a pair of variants, capturing Xavier’s first students in a later era.

“I recognized with this opportunity that I could do that original group as they were costumed when Neal Adams drew them,” Ross explained to Comic Book Resources. “It was more fun than I’d ever expected, and it allowed me to scratch an itch I never did before. For all the times I’ve drawn them, I’d never explored that period. I was either doing their earlier costumes or the All-New, All-Different X-Men.”

Comic-Con International will be held July 24-27 in San Diego. [Robot 6] 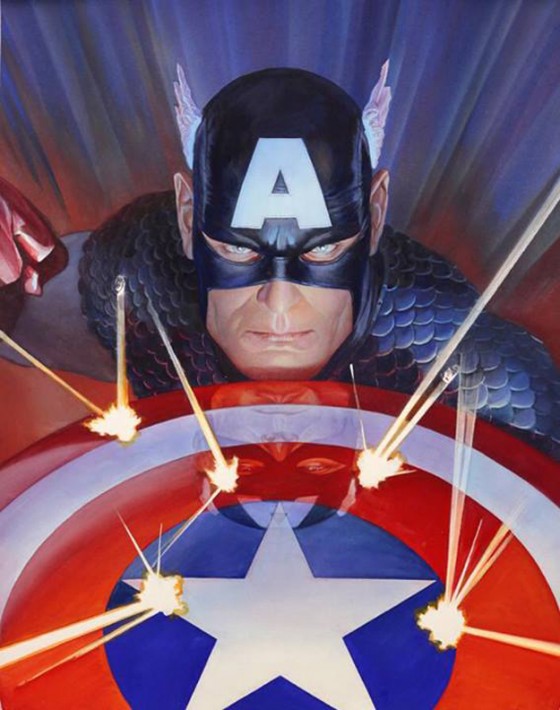