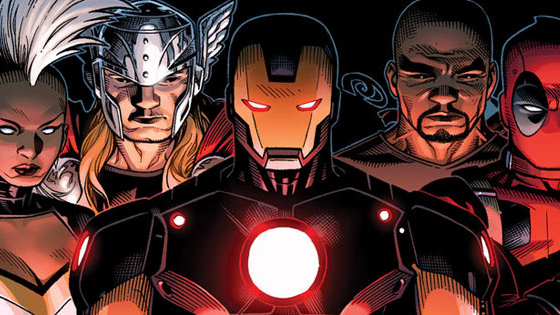 I clearly need to be paying more attention to Rick Remender’s run on Uncanny Avengers. Through no fault of his own, I’ve sort of wavered in and out of his stories. Picking them up when I remember, forgetting them most of the time like a fucking dumb ass I mean — reading the announcement of the upcoming Axis event in October was out of control. Red Skull has the telepathy of Professor X? And the powers of Onslaught? Sign me up.

Now, Remender has spoken with USA Today about the series, revealing more specifics on the villain-driven story, one which centers around the “most irredeemable of all Marvel Comics supervillains,” the Red Skull. This marks the first appearance of the character sine he was imbued with the late Professor X’s telepathic powers in the first arc of Remender’s “Uncanny Avengers,” along with those of Onslaught, the entity once responsible for creating a an entire other reality.

Kicking off in October, the 9-issue series will feature a number of crossovers, including “Iron Man,” “Loki: Agent of Asgard,” “Magneto” and Remender’s “Captain America” and “Uncanny Avengers.” According to series editor Tom Brevoort, the comic is “kind of a Michael Bay movie. It’s big and spectacular and has a ton of full-out bombast… a story with a whole lot of heart that focuses on these characters’ interpersonal relationships.”

For Remender, “Axis” is the culmination of the work he’s been doing since merging characters from Earth’s Mightiest Heroes corner of the Marvel U with some of its biggest mutants in “Uncanny Avengers.” “It’s a nice cathartic chapter in the history of the Avengers and X-Men at the worst moment in their lives,” he said. “Writing it, there were a couple of moments where I banged on my desk and said, ‘Yes! Yay, nerd!’ and I got excited for it.” [CBR] 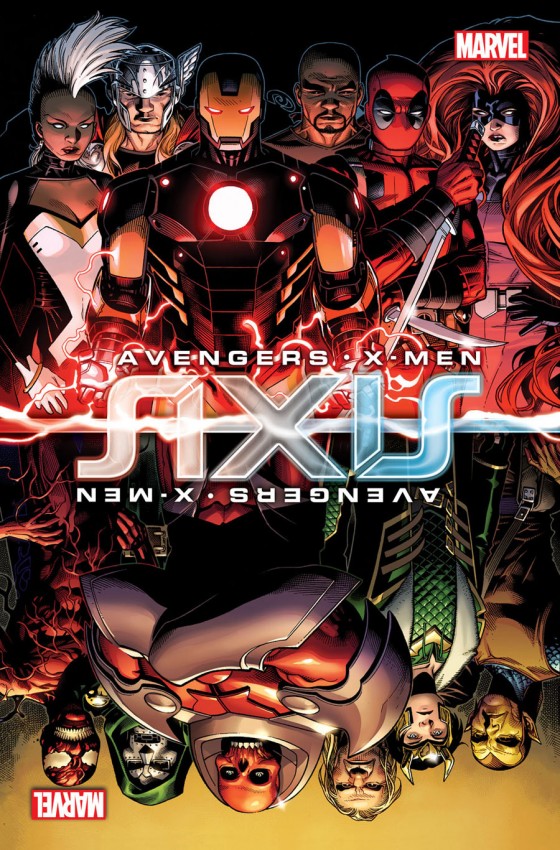