Archives
« Microsoft confirms XBOX ONE is 10% faster without KINECT.
Matthew McConaughey “open” to more ‘TRUE DETECTIVE.’ BRO DON’T DO IT. » 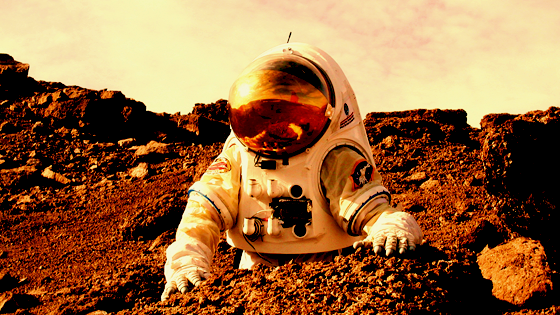 So like, bummer. NASA has issued forth a report that finds that the agency cannot afford manned missions to Mars. Inflation and all that happy horseshit precludes the Great Journey. But they ain’t giving up, instead asking the U.S. government to up said budget. C’mon, Uncle Sam. Hook it the fuck up.

A large-scale review of NASA’s human spaceflight program has revealed that it doesn’t have the budget to successfully undertake manned missions to Mars.

The report—a 286-page monster by the National Research Council—took 18 months and, ironically, $3.2 million to perform. The main conclusion: the space agency currently has an unsustainable strategy for landing human feet on the surface of the red planet.

The review explains that NASA’s budgets currently don’t keep pace with inflation. Continuing on that course, say the authors, “is to invite failure, disillusionment, and the loss of the longstanding international perception that human spaceflight is something the United States does best.”

Instead, its current financial situation aligns better with lunar and low Earth orbit missions. But that doesn’t mean we should give up hope: the report suggests that the US government should up NASA’s budget instead. In fact, it reckons that a budget growth of 5 percent per year could be enough to get humans on Mars with minimal risk. As the report points out, though, that requires a clear and long-standing commitment on the part of the U.S. government:

“Our committee concluded that any human exploration program will only succeed if it is appropriately funded and receives a sustained commitment on the part of those who govern our nation. That commitment cannot change direction election after election. Our elected leaders are the critical enablers of the nation’s investment in human spaceflight, and only they can assure that the leadership, personnel, governance, and resources are in place in our human exploration program.” [io9]