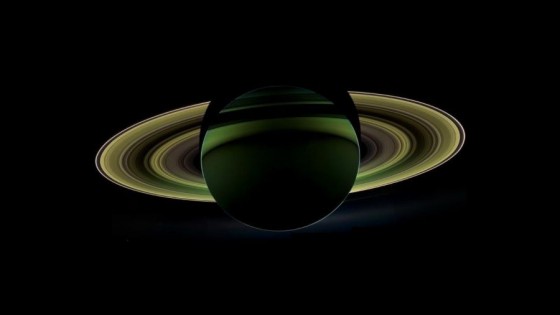 Fuck blood diamonds. I’m finna be grabbing myself some fucking cosmic diamonds. Now apparently this is old news or some shit, but I had no goddamn idea. Time to fire up the rocketship kickstarter and explain how I’m going to make you your money back.

We’re a little late to the party on this one, but it’s just too fascinating to pass up. A team of planetary scientists recently claimed that the mix of methane, carbon and lightning in Saturn’s atmosphere is causing diamonds to be forged in the planet’s atmosphere. Like, a lot of diamonds.

“The bottom line is that 1,000 tons of diamonds a year are being created on Saturn,” Dr. Kevin Baines of NASA’s Jet Propulsion Laboratory recently told the BBC. “People ask me, ‘How can you really tell? Because there’s no way you can go and observe it.’ ” Baines explained, “It all boils down to the chemistry. And we think we’re pretty certain.”

The chemistry is actually pretty simple. Saturn’s atmosphere is mostly made up of hydrogen and methane, but when storms crop up, the lightning fries the methane, producing pure hydrogen and burnt carbon, a.k.a. soot. As the clouds of soot fall towards the planet, they clump together forming graphite, and as the pressure builds up closer to the planet’s core, that graphite is compressed into pure diamond. So it’s literally raining diamonds on Saturn. The scientists think the same thing might be happening on Jupiter.

Does this do us any good? Not right now. It’s pretty hard to get to Saturn and Jupiter and to get down to where the diamonds are would be pretty tough since the pressure there is about 100,000 times what it is at sea level on Earth. And if we don’t catch them fast enough, the diamonds eventually fall into the core and melt. Nobody wants a melted diamond necklace.

Still, this opens up the future of extreme diamond mining much more then recent discoveries of entire planets made of diamond. Astronomers think that Wasp 12-b, 1,200 light years away from Earth, has entire land masses made of diamond, and another planet that’s 4,000 light years away has a diamond the size of Jupiter. It all goes to show, though, that diamonds are just another rock in a universe full of rocks. They just happen to be very sparkly and very, very

But wait — actually. If there are fucking diamonds everywhere, can The Man still market them as Really Expensive Rock Things?