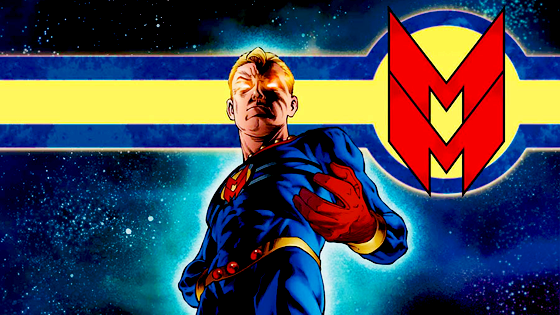 Well, shoot. I had completely forgotten that Marvel bought Miracleman. Can’t blame myself, since pretty much nothing has happened since they made purchase. However, that shit ends up! Or…in a couple of months.The Company That Loves The Word NOW! is going to begin reprinting the classic tales starting in 2014. After they finish the long-awaited game of catch-up, things get a bit crazier. Neil Gaiman is going to finally get to conclude his arc which has been sitting around for a hot minute.

“Miracleman #25 has been sitting in the darkness, nobody’s seen it,” Neil Gaiman told a cheering New York Comic Con crowd in a taped video message. “I love the idea that it’s finally going to be seen.” The writer called the project the “big, incomplete book of my life,” announcing Marvel’s plans to bring the material back into print.

After the video, Quesada told the still excited crowd that MiracleMan’s return, starting with the long out of print material and culminating in the ending of Gaiman’s incomplete arc, will begin in January 2014.