‘STAR WARS REBELS’ VILLAIN REVEALED: The Inquisitor. WHERE IS VADER?! 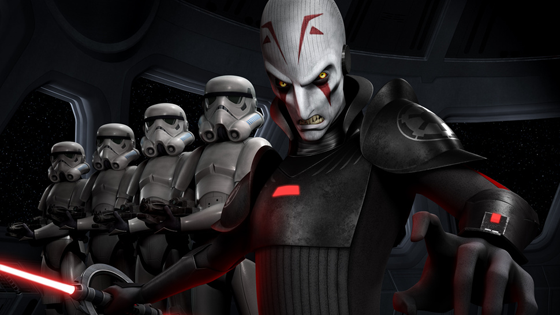 So the first new character in the Star Wars Universe since the Disney buy has been revealed. He is also the homie that is going to be tormenting the heroes of Star Wars Rebels. First thought? Where the fuck is Vader? But then I was like — I suppose they need to give the heroes someone they can defeat. Since like, Vader hangs on for twenty years before getting rocked by Old Saggy Face and his hick son.

The Inquisitor premiered at the New York Comic-Con panel thanks to this video hosted by Dave Filoni. The Inquisitor’s job is to track down down the remaining Jedi Knights. He’s under the control of Darth Vader—HOWEVER do not think that The Inquisitor negates Order 66. Everyone at the panel said this is still something very important to them and they want to continue to place importance around the fact that Luke is the last Jedi. And finally, even though we got this character there is still no announcement on which additional characters would be returning to the animated series.