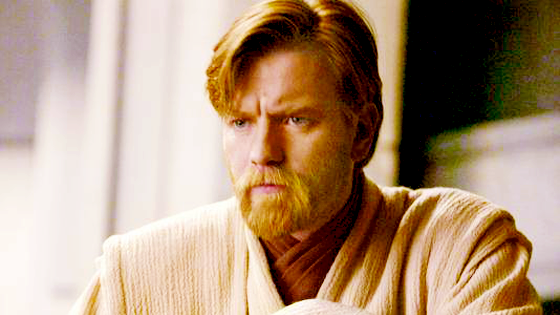 The whole gang is back! The whole fucking gang! It appears that Ewan McGregor (I’m going to choose to believe this report) will be returning as a Force Ghost in Episode VII. Me? I’m fine with this. Rendar? Definitely sporting a bulge in his skinny fit jeans. He’s been talking about wanting for for a while.

The gang at Latino Review are at it again. Earlier this week, they started a very interesting conversation with their belief a major Sith Lord would return in J.J. Abrams‘Star Wars Episode VII. Now they’re reporting that a very famous Jedi will return as well.

According to the story, McGregor will return as a force ghost, which is exactly how Obi-Wan Kenobi was last seen in the original trilogy and how they believe Emperor Palpatine will come back to help motivate a new Sith apprentice. It’s not much of a surprise, frankly, because the appearance of deceased Jedi in this manner is well established in the series.

They’re also reporting McGregor would like to make a Kenobi standalone movie.

We’ve reported in the past that McGregor was definitely open to returning to the Star Wars universe, and that he had an idea for a standalone movie. If, in fact, either or both of these are true now it certainly makes sense. McGregor is a legitimate movie star and his character is one of the few who has been shown to have the ability to use the Force and come back to assist younger Jedi. Plus, young kids are much more familiar with McGregor as the character because of both the prequels and the Clone Wars TV show. (McGregor doesn’t voice that character, but it sounds and looks like him.)