VIN DIESEL voicing GROOT in ‘GUARDIANS OF THE GALAXY.’ 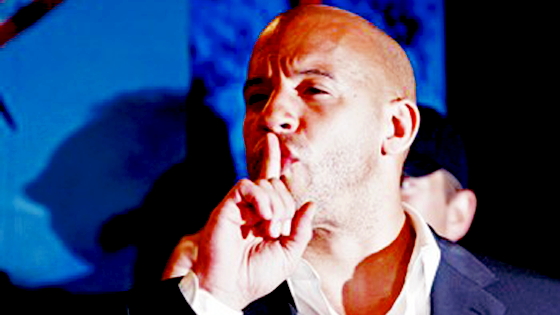 Well THANEWS is that Vin Diesel isn’t playing THANOS. Ha! It almost rhymes. Eh whatever. Vinny D’s role in the Marvel Movie Universe has seemingly been revealed, and the good sir is going to be providing voice work for a character I know nothing about.

Well, it seems like the mystery’s been solved. Yesterday, Diesel posted an image to his Facebook page, an image which those more Marvel-savvy than ourselves identified as Groot, one of the central characters of “Guardians Of The Galaxy.” Groot is a plant monster who resembles a tree, seemingly the last of his race, who is able to control trees, sprout, and regrow himself from a sprig. He also has a hardened wooden larynx which makes every statement he says come out as “I am Groot,” making him the Hodor of the Marvelverse.

When you need someone to voice someone with a wooden larynx, there was clearly only one person to call, and Deadline have subsequently confirmed that Diesel is in talks to voice the character. And while we snark, the actor gave the finest performance of his career as the voice of the title character in Brad Bird’s “The Iron Giant,” and if he can bring an ounce of that pathos to Groot, he’s a great choice.