Archives
« PS PLUS not required to RECORD AND STREAM GAMES ON PS4. XBOX ONE? $$$
VIN DIESEL voicing GROOT in ‘GUARDIANS OF THE GALAXY.’ »

An Odyssey of an Interview: ULISES FARINAS! 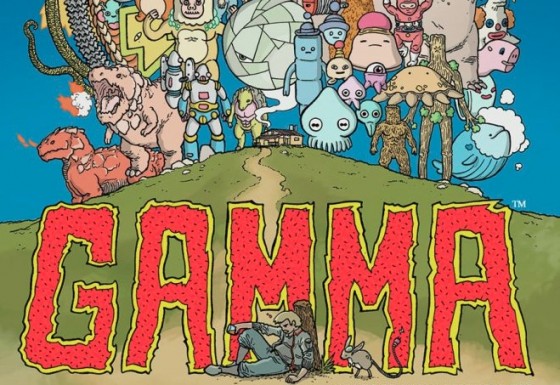 Some claim that a mark of great art is that it conveys the creator’s enthusiasm.

If this is the case, then there’s no doubt that Ulises Farinas is one of comics’ greatest rising stars. Never heard of him? Oh, I hadn’t either, that is until I read his mindblowing GAMMA. In addition to its incredible art, compelling story, and ability to mash-up varied staples of nerdlore into one booty-shakin’ remix, GAMMA kills the reader with its passion. After reading this one-shot, I knew that I’d just discovered an artist who is truly excited to wake up and create!

And in a world inundated with paint-by-numbers, just-get-the-job-done entertainment, coming across something with a bit of zest and gusto is always refreshing.

In fact I was so won over by GAMMA that I immediately began scouring for more Ulises Farinas art. But my nerd-appetite wasn’t sated, and I hungered for more. As such, I thought I’d go directly to the gamma-powered source and ask for an interview. To the delight of all passengers aboard Spaceship OL, my questions were answered!

Hit the hyperspace jump and check out an interview with Ulises Farinas, an artist who bows to no one and bumps Rick Ross!

– For the dweebs amongst the OL readership, how would you describe the current state of Ulises Farinas? What is your position in the space-time continuum and how’d you get there? Am I wrong to assume it involved murderin’ a monster?

This is my answer: http://www.youtube.com/watch?v=5betFZRICVg

– I’d say that you have a hyper-detailed, abashedly-bright, and cartoon-minded style. But I’m just an Internet hack. How would you describe your artistic leanings?

You described it pretty well there. I really love the work of Moebius, Geof Darrow and Seth Fisher. They are my three patron saints.

– Before being released as a most-excellent one-shot, GAMMA was serialized across three issues of DARK HORSE PRESENTS. Could you give an overview of this process? Did you and collaborator Erick Freitas conjure up three distinct pieces or did you have to decide where to divvy up the story after the fact? When was the decision made to publish a one-shot?

We sort of made up the whole story before hand, and then figured out good places to insert a commercial break, so to speak. But it was written as a solid one shot to begin with.

I guess I don’t think of them as separate elements. As we created it, GAMMA is the world, and that’s how it looks and works and we know why it got that way. It’s all just a flavorful smoothie that I couldn’t separate if I wanted to. 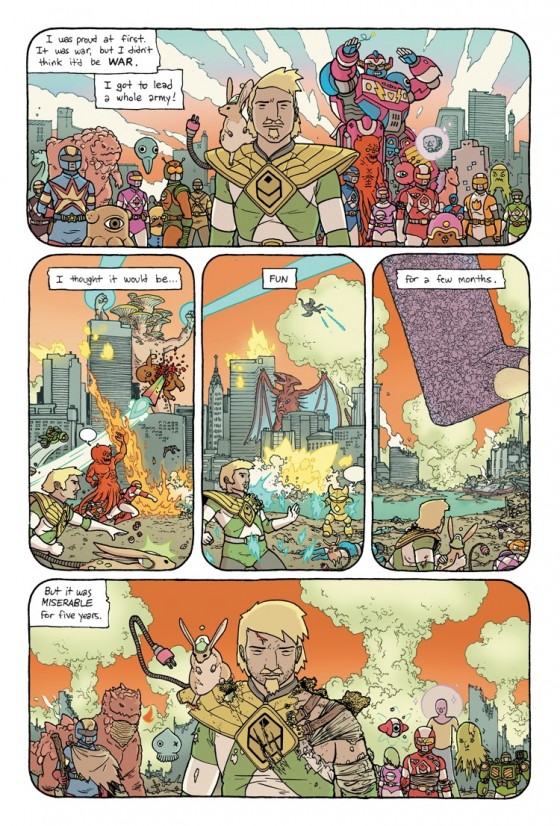 – Without giving too much away, it’s clear that the story has not ended for Dusty the Coward – what’re the chances of comics fans gettin’ more GAMMA?

Well hopefully, if there’s enough fan love out there, the fine folks at Dark Horse will see a reason to keep it going.

– How’d you first get into comics? Is there a particular issue or creator that you remember catching your attention?

I think the first comic i ever bought, was a Wolverine vs. Sabretooth vs. Silver Fox thing. Might’ve been drawn by Jim Lee or Liefeld, I don’t really remember. But I loved that Mid-Nineties over-rendered style. Still is cool to me.

– Who in today’s pantheon of comics creators do you bow before? Are there any current titles that you go bananas for?

I bow before no man. PROPHET is a pretty damn good comic though.

– Many of your panels and transitions have a real cinematic quality — for instance, GAMMA has a three panel sequence of a gunshot that reminds me of the blood-splattered flowers when Tarantino’s DJANGO kills the Brittle Brothers. Do you draw inspiration from film?

Not particularly. I don’t try to draw in a cinematic style. I try to draw in a way that gets information across in the clearest way. So i tend to stay away from strange panel arrangements or weird angles. I just want to tell the story so that a 5th grader could understand it.

– What’s your dream project? If given carte blanche and an unlimited budget, what’d you create?

GAMMA! and my comic MOTRO, which I’m currently working on both. So I’m living the dream. I hope to spend my whole life drawing epic adventures that never end. Imagine if Superman was written by one man until he died — what an adventure that would be! 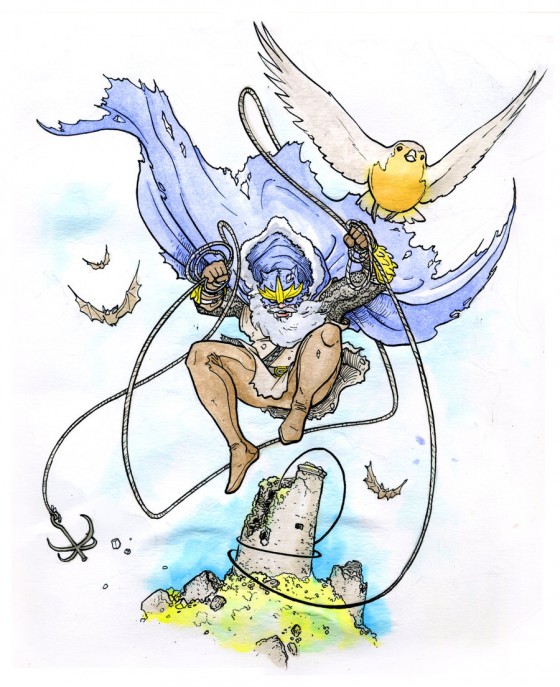 – So what’s next? Where can fans expect to see “Farinas” credits pop up next?

– What’s the greatest spaceship in the history of science fiction?

– All right, anything else you’d like to share? Convention appearances? Signings? Are you finally goin’ to encourage your brother-in-law to fight that Murder-Bot that’s been teasin’ neighborhood kids? This is your space to use as you see fit!

I’ll be going to BOISE at the end of this month, for a comic con at their public library, with Erick Freitas and Eric Esquivel (FREELANCERS).

Besides that, the future is open and glorious and I can’t wait to conquer it.