So, about that new XBOX.

Only a week ago, Microsoft managed to enrage what seemed like the entire gaming sector of the internet with the announcement of the XBOX One. Now, for the non-gamers out there, the window-shopper if you will (otherwise why the fuck would you be reading this?) I should inform you that gamers, on the whole, are a fairly irrational bunch. Whereas most consumers can happily walk away from a product that just isn’t right for them, gamers – as part of their perpetual, existential quest – will desperately search for logic and some sort of conclusion as to why they shall not be purchasing the next new console. If anything, it’s almost as if we’re struggling to comprehend the idea that we’ve been told we can’t have the XBOX One: its list of baffling, anti-consumer ‘features’ being part of an effort to politely tell us to fuck off.

Whilst Microsoft continue to flip-flop over what their new console actually does, or doesn’t not do, we can rest assured that there will be one of three outcomes when they finally decide which details are true. 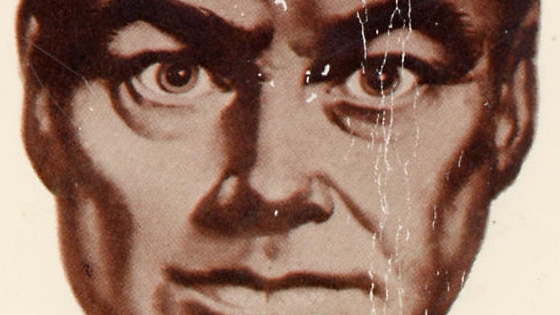 Scenario 1 (Apocalypse): The XBOX One actually turns out to be the hateful, consumer-fucking piece of shit that was first announced. Microsoft reign supreme over the pre-owned market; you can never loan another game to a friend; you will be charged an additional $4.99 per month to watch your cable and the always-on Kinect camera and microphone will relay any and all activity to Microsoft and probably The Government (unsubstantiated) so everyone will know about that time you tried putting the pen up your ass because – lets face it – plain old jerking off can get a bit too vanilla after 28 years. The perpetual internet connection and spy camera set-up forces you into a life of robotic, soulless routine. You die young.

Scenario 2 (Pipe Dreams): Microsoft see the error of their ways. Sure, they were misguided to think that you, the precious consumer, would want to watch picture-in-picture TV through your games console. They also apologise for the invasion of privacy part and make Kinect the optional feature that it should be. At E3, they announce a whole slew of fan service: gamers gush with joy as they are promised a Shenmue sequel, backwards compatibility, transferable digital purchases and absolutely no pre-owned DRM shenanigans. Once you buy that game, it’s yours to do with as you wish! Praise be!

Scenario 3 (Reality): In light of the overwhelming negative response to their glorified and massively restrictive cable box, Microsoft execs hastily return to the drawing board in an effort to avoid the burning of XBOX effigies come E3. They pull all-nighters and order Chinese take-out (just like on TV). They cut publishers and retailers in on their pre-owned scam. Publishers feel right and justified and before even realising it, the retailers dumb enough to go along with it have cannibalised over 25% of their profits. Oops. E3 brings at least two games worth getting shafted for and you realise that if the Kinect always-on feature bothers you, then you could just switch the machine off at the main plug. Years down the line you make peace with this semi-abusive relationship by convincing yourself that you actually don’t deserve better.

It’s times like this when I’m glad I don’t have what it takes to be a proper games writer. I cannot imagine how stressful and frustrating it must have been to be the go-between for raging fanboys and scared PR dudes who either didn’t have a clue what was going on, or only upon speaking the words from the press releases did they realise the monumental shitstorm they were whipping up. Even now, every piece of ‘solid’ information regarding the XBOX One is surrounded by a worrisome grey area. Perhaps this is a new marketing technique: keep the console specifics shrouded in mystery and controversy and release limited numbers that creates a panic-buy scenario that doesn’t give anybody the chance to actually weigh up the pros and cons of the purchase. Daring. I like it! 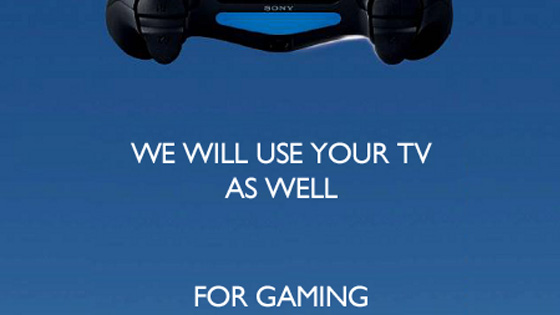 Meanwhile, Sony are absolutely pissing themselves. After struggling through the PS3’s lifespan, no-one is happier to have a fresh start than Sony. Coming right out of the gate, months ago, with a presentation focussed on gamers and developers was – especially in hindsight – the smartest move ever recorded. It’s almost a given now that gamers will jump ship in their thousands and Sony will welcome them with open arms. Welcome to the PS4 house-warming. Oh, look, there’s Tim Schafer talking about how easy and fun it is to build games on the PS4. Media Molecule are making level plans out of the buffet snacks, how quaint! Wait, the power of the PS4 has just performed a miracle – The Beastie Boys are playing alongside The Ramones in the living room! Also, you just realised that the shindig is taking place at Finn & Jake’s treehouse. It’s mental here.

Perhaps the PS4 won’t be able to live up to the unrealistic expectations portrayed in my fantasy scenario, perhaps it will. Regardless, all Sony needs to now do in order to make a disgusting amount of money from gamers is not fuck them. It’s that simple. They even managed to sneak some scant details on their own pre-owned DRM system under the radar (sort of): now that’s power. Microsoft, on the other hand, have their work cut out for them and with this realisation, my gamer mindset alters. No longer am I chasing the master, begging for scraps: now I’m walking away in a very revealing skirt, my ass like whoah, Microsoft begging me to come back and promising they’ll never cheat again.

The moral of this tale, or the point – should I ever be so bold as to claim that I can actually make one – is that gamers, myself included, need to calm down and not be so invested in these products. The games; sure, you put your hearts and souls into those, they’re art after all! But these boxes, these means through which to enjoy games are inconsequential. It doesn’t matter which one you get, so long as you aren’t spending your money on something that’s actively negative for you. It’s just like driving past a fresh car wreck. Maybe you’re sick enough to snap some pictures on your phone, but really, you should just keep driving. Nobody wants to be fucking with that level of nasty: go home and do something positive. OMG I think I’m based.