CHINESE HACKERS have stolen US WEAPON DESIGNS. LAUNCH THE POLARIS! 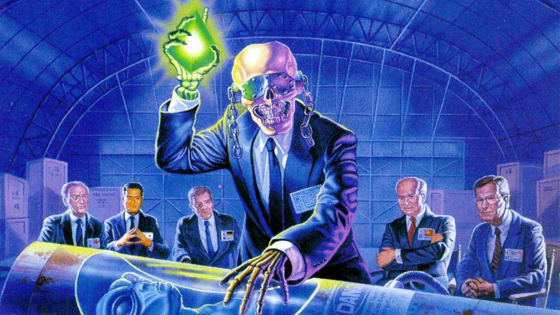 Don’t blame me, I just wanted to reference Rust In Peace. Chinese Hackers have totally traversed the Metaverse, snagged the Golden Bauble from our DOJ hives, and returned him as victorious warriors. Of course, that’s what I imagine it all going down. I’m probably completely incorrect.

According to a confidential report that’s been prepared for the Pentagon, Chinese hackers have stolen blueprints for some of the country’s most sensitive advanced weapons systems.

Citing the report and sources within the defense industry, the Washington Post explains that hackers have stolen designs for “more than two dozen major weapons systems”. The files were stolen after the hackers breached programs critical to US missile defenses and combat aircraft and ships.

Making the list of system designs stolen during the hack include: the advanced Patriot missile system (PAC-3); a system for shooting down ballistic missiles known as the Terminal High Altitude Area Defense (THAAD); and the Navy’s Aegis ballistic-missile defense system. Elsewhere, classified details regarding the F/A-18 fighter jet, the F-35 Joint Strike Fighter, the V-22 Osprey, the Black Hawk helicopter and the Navy’s new Littoral Combat Ship were also nabbed.

The debacle is part of an ongoing spate of hacking attacks by China on the US. The emergence of the confidential report perhaps hints at why the Obama administration finally pointed the finger at China over cyberespionage earlier this month—but what’s to be done about it all, sadly, remains to be decided. [Washington Post]