Archives
« Sega Teases Something ‘NIGHTS’ RELATED. OH GOD GIVE ME HD.
An American in Canada: Heart in Halifax! » 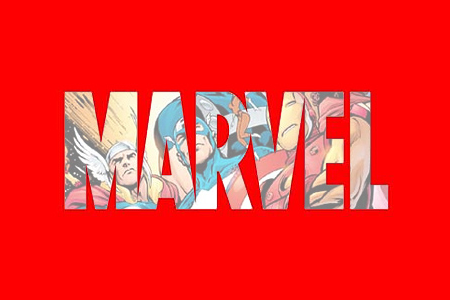 Ugh. Jesus Christ. Now Marvel is relaunching everything ever, shaking up creators teams and daring to address everything save for good stories. Maybe these new titles will be good, maybe they won’t. However you know what dominates hype? Just fucking  quality storytelling. Just focus on it guys. Please. I’m begging you. The wave of hype will dissipate after we go “Wow! Relaunched bullshit that’ll devolve into status quo! This totally isn’t a response to the Blase 52!” and then things will return to functioning as a simmering churn factory for movie scripts.

Marvel has announced plans to lure new and lapsed readers by launching or relaunching new series every week between October and February and reassigning popular creators to different franchises for the first time in years. Called Marvel NOW!, the initiative does not reboot narrative continuity, but will come with a number of cosmetic changes that include new costumes and publication design, as well as a disruption of the status quo of most series in the line.

New series confirmed at this stage include the Marvel NOW! flagship title, Uncanny Avengers by Rick Remender and John Cassaday, which joins members of the once disparate X-Men and Avengers teams; All-New X-Men by Brian Michael Bendis and Stuart Immonen, which brings the original five X-Men — first introduced in the 1960s — into the present day via time travel; and Avengers by Jonathan Hickman and Jerome Opeña, which will focus on the cosmic and expand the team’s membership to include characters from across the Marvel Universe.

Uncanny Avengers. Man, I feel like such a hateful dick. Maybe I am. I don’t want to hate, but I can’t help but feel like this is just a ploy. Wolverine and the Defenders! up next? Uncanny X-Force: Fantastic Guardians Foundation.

All New X-Men! featuring time travelling original five? What the hell is going on. So I assume that’s how they bring Phoenix back?

Avengers by Jonathan Hickman and Jerome Opeña? Yo, we just had this in the Ultimate universe. It was awesome. So they left to uh, redo it up in the regular hood?

Going into effect just 13 months after Marvel’s closest rival, DC Comics, executed a similarly ambitious, line-wide overhaul, Marvel NOW! is designed with the hopes of appealing to new Marvel readers or those who have not kept up with the line in some time. The principal differences between Marvel Now and DC’s New 52 initiative are: DC’s scheme was completed within a single month, while Marvel NOW! will roll out more leisurely, with a new or relaunched book debuting almost every week between October 2012 and February 2013; the New 52 relaunched the entire DC superhero line, while Marvel NOW! will not affect every Marvel superhero book currently being published; and DC’s New 52 included an almost total reboot of its characters and their mythologies, while Marvel’s scheme will not reset the long-running Marvel Universe continuity. Indeed, all the changes are precipitated by however Avengers Vs. X-Men finally concludes.

“These ain’t no reboot. It’s a new beginning!” said Marvel Editor-in-Chief Axel Alonso, in Entertainment Weekly. The magazine also came with quotes from the new series writers and some details about their respective books. Remender and Cassaday’s Uncanny Avengers will serve as the “bridge” book between Avengers and X-Men, which the publisher would seem to be positioning as equally crucial going forward. Hickman and Opeña’s Avengers will ship bi-weekly and take the form of single-issue stories as well as multi-issue arcs. Bendis’ and Immonens All-New X-Men is firmly a time travel story, but, said Bendis, more along the lines of Pleasantville than Back to the Future. “Here’s the big question that the original X-Men are gonna be faced with: ‘We’re gonna grow up, and this is what we’re going to get? That is not acceptable.”

Look for more details on Marvel NOW! in the coming days.

Is it me, or does this just seem like a an obvious extension to try and drum up interest in their titles? Scratch that, we all know it is. Maybe I need a break from leotards for a bit. Maybe this negativity is on me. I mean, shit. These creative teams are stacked. These books will probably be fantastic. Yet, aren’t we ignoring the idea that there can’t be any sort of narrative continuity in a comic book world where hype trumps plot, where gathering headlines is more important than not having to pull everything down and start from a new status quo every fucking year.

I open the microphone up to you guys and gals. Thoughts?