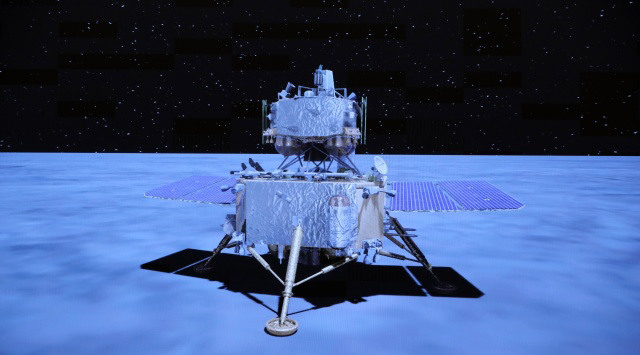 China’s Chang’e-5 probe has begun its return to Earth! This is a dope development. However, even more dope is the motherfucker is bringing with it some rocks from La Luna! Here’s hoping duder returns intact.

China’s Moon-sampling probe is on its way home after more than a week. Xinhua (via Reuters) reports Chang’e-5’s orbiter-returner has started its return trip to Earth with a cargo of lunar rocks and soil. You’ll have to wait a while for the vessel to come back, though. The complete mission was expected to wrap up in 23 days, so a touchdown in Mongolia is expected around December 16th or 17th.

If successful, this will be the first batch of “fresh” Moon samples since the 1970s. China will also be just the third country to have collected lunar soil after the US and the Soviet Union. The probe was meant to bring back about 4.4lbs of samples, although it’s not certain how much is coming back to Earth.

The material could expand humanity’s understanding of the Moon, although it’s unclear if and how China intends to share any knowledge with the broader scientific community. Of course, science isn’t the only motivating factor here — there’s little doubt that a successful mission will boost national pride, not to mention further China’s independence in space.