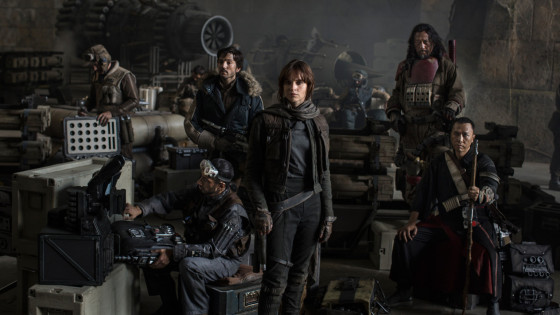 One of the most disappointing things about the Grand Resurrection of the StarWars Capitalist Big Rig is that the movies that have been revealed don’t seem to be tilling much new ground. Disney owns an entire universe, but they have seemed comfortable enough sitting in the same sandbox. I get it. Established iconography, easily marketable properties. I get it. But, I cannot imagine myself the only one who wants to see Lucasfilm and the Mouse spread their wings and expand, as opposed to masturbate, the StarWars Mythos. And while nothing is confirmed, or revealed, or certain, it seems that some of those standalone movies will (maybe) give me those new stories I hanker for.

Although “Rogue One” is set just before the events of 1977’s “A New Hope” and the Han Solo film will explore the smuggler’s early years, we shouldn’t expect all of the “Star Wars” spinoffs to be prequels.

“It just so happens to be ‘Rogue One’ is the precursor to ‘New Hope’ and, yes, this Han Solo idea,” Lucasfilm President Kathleen Kennedy tells Slashfilm, “but I would not argue that we are setting up any kind of prequel notion with these standalone movies. I think that’s so far just coincidence. And to be perfectly honest, we have changed the order of those at the last minute, so that’s not the intention at all.”

It’s unclear what Kennedy means by that last sentence, as director Gareth Edwards’ “Star Wars: Rogue One” began filming in September, in time for a December 2016 release, and the Han Solo film is only in the earliest phases of casting. Perhaps she was referring to the third film, which has been rumored to focus on characters ranging fromBoba Fett to Yoda to Obi-Wan Kenobi.

While the main “Star Wars” saga is characterized as the epic story of the Skywalker family, Kennedy said the spinoffs — referred to as the “Star Wars Story” films — “can be a wide variety of genres inside the ‘Star Wars’ universe.” “Rogue One,” for instance, centers on the theft of the Death Star plans by a band of Rebels, making it a heist movie, “to a certain extent.”