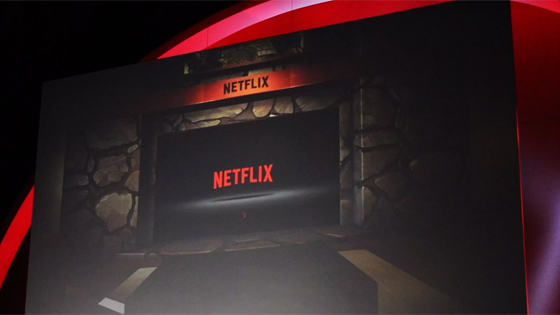 Do you want your Netflix in 360-degrees? Maybe you can look down at your virtual belly and see virtual crumbs? Well, you’re going to be able (to probably not) do that soon! On Samsung’s Gear VR.

Samsung’s Gear VR mobile headset is getting a huge boost to its media capabilities with the addition of Netflix, Hulu, and Twitch compatibility. The services’ addition was announced at this afternoon’s Oculus Connect conference during CEO Brendan Iribe’s keynote speech, and Netflix will be available in the Gear VR store this afternoon. Iribe also noted that Vimeo and TiVo will be available for the Gear VR in the near future. It doesn’t sound like the Netflix experience will be enhanced in any significant or VR-specific way — it’ll play flat video inside the Gear VR — but it’s still a welcome addition to the headset’s portfolio of apps.

In a press release, Hulu announced their VR application will be available this fall. The release also mentioned the inclusion of “original virtual reality short-form” content and “unique viewing environments created for VR devices,” environments supporting both 2D and 3D programming.