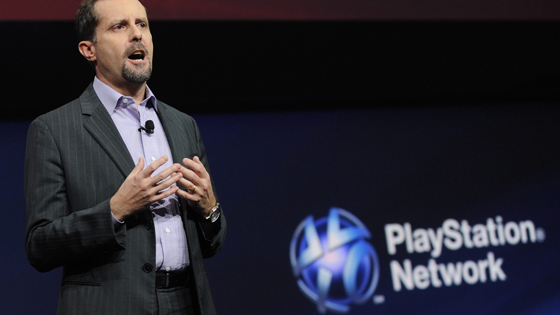 You know that a console’s first-party line-up is sad as fuck when the CEO of the company is actually addressing it. Sony Czar Andrew House has described his system’s first-party non-game line-up as “sparse”, and followed it up by rattling off a bunch of bullshit. Bullshit that Day One adopters like myself probably don’t give a fuck about. Because we bought the system for games.

Sony Computer Entertainment president and CEO Andrew House said the upcoming first-party lineup for its PlayStation 4 is “a little sparse,” but that Sony is investing in other ways to bolster the system’s appeal and maintain its momentum as “the fastest-selling hardware platform” in its history.

During an investor relations presentation in Tokyo today, House talked up the PS4’s better-than-expected performance — the system has a 20 million-strong install base — and touched on Sony’s strategy for its current-generation platform. House said that Sony plans to build upon its network services, like the high-margin PlayStation Plus subscription service and PlayStation Vue television service, and invest in new technologies, like virtual reality hardware Project Morpheus.

House said that this year’s lineup of games made by Sony Computer Entertainment’s internal studios was somewhat thin — he pointed to next year’s release of Uncharted 4 for PS4 as a highlight — but that the company has plans to keep console sales moving.

“This year, maintaining our competitive advantage on the console really principally comes down to a few key elements,” House said in prepared remarks. “We are working very hard to continue very strong support from third-party publishers and developers. Our first-party line up is a little sparse this year, so I think this places greater emphasis on getting good third party support. Obviously there is an advantage there because of our market share and momentum.”

House said Sony continues to pursue platform exclusives, but cautioned that those are increasingly difficult to secure. Sony will invest in other business areas as well, he explained.