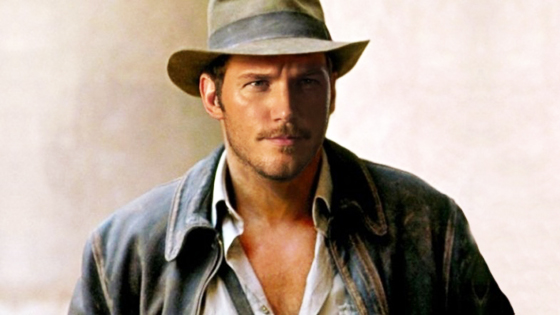 Go figure. Disney intends to make a sequel to one of the very spicy properties they acquired in the Lucasfilm acquisition. Go figure? They have no idea when this sequel is going to happen.

Since acquiring Lucasfilm, Disney has wasted no time getting the Star Wars franchise back up and running. But they’ve been pretty vague about their plans for Lucasfilm’s other big signature brand, Indiana Jones. Well, fear not. Lucasfilm presidentKathleen Kennedy confirms a new Indiana Jones movie is coming. Eventually, anyway. Read her confirmation of… something for Indiana Jones 5 after the jump.

The bit about Indiana Jones was slipped into the print edition of Vanity Fair‘s Star Wars cover story (via Coming Soon):

In buying the company, Disney also got rights, for better or worse, to less-storied Lucasfilm properties, among them Willow and Radioland Murders. A bigger prize is the Indiana Jones franchise. Kennedy confirmed rumors that another Indy movie ‘will one day be made inside this company. When it will happen, I’m not quite sure. We haven’t started working on a script yet, but we are talking about it.’

Speculation about a fifth Indiana Jones movie predates even the Lucasfilm purchase — it’s been going on since 2008’s Indiana Jones and the Kingdom of the Crystal Skull, really. Disney seemed to make a bit of forward movement in 2013, striking a deal with Paramount to distribute future Indy films.