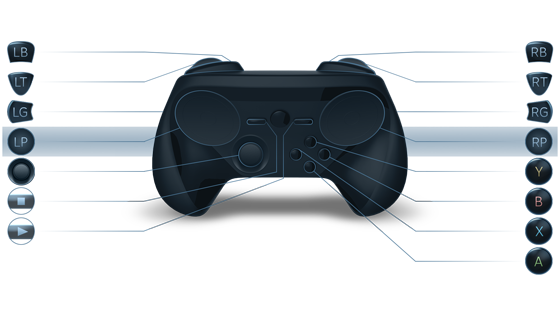 When Valve first revealed their controller for the Steam Hot Bot Your PC Games Console (and other sundry uses), it was a pretty fucking odd device. Such unconventional. Much out-of-box. But as time has progressed, the controller has become more and more homogenized into standard gaming fare. Case-in-point. The latest iteration of the fucker has gained a thumbstick.

When Valve first announced its controller for the Steambox, it was a weird little dude with strange, small buttons and a touchscreen. And for as weird as it was, it was kind of great. Then it lost the touchscreen for standard buttons and a D-pad. And now it’s getting a thumbstick.

The new design was dug up by some users on Facepunch forums who pulled the image out of the latest Steam client beta. It still has its weird, trackpad disc so it’s not just a regular controller yet, but at this rate who knows. And I can understand how this is maybe more usable, but it’s a shame to see something so gloriously weird slowly become unweird. I just hope they decide to take a page from the Xbox One’s book and put some grippy textures on that stick.