Archives
« RDJ on ‘Iron Man 4’ is pretty much like, “If it doesn’t suck, I’m in”
Valve’s crazy Steambox controller is getting pretty vanilla » 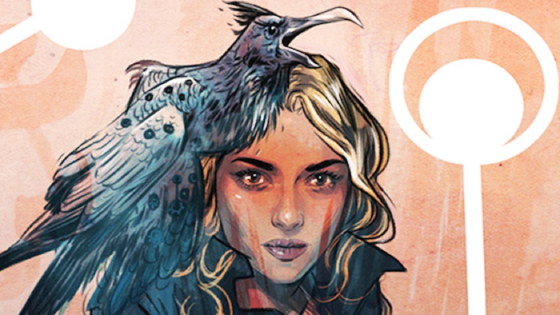 Wednesday’s get me pumped folks, how about you?  I love the idea of new stories waiting out there for me, or continuations of old, beloved ones.  Though my heart is in San Diego right now, bouncing through the unwashed, cosplaying masses at Comic-Con, I can bring it back with a simple trip to the local comic shop, where these stories await my searching eyes and careful fingers.  So step inside and let’s talk about what’s in store for us, which includes the reinstallation of reality, robot janitors, homeless teens, rad future-Avengers, Bat-birthdays, and a healthy dosage of Warren Ellis! 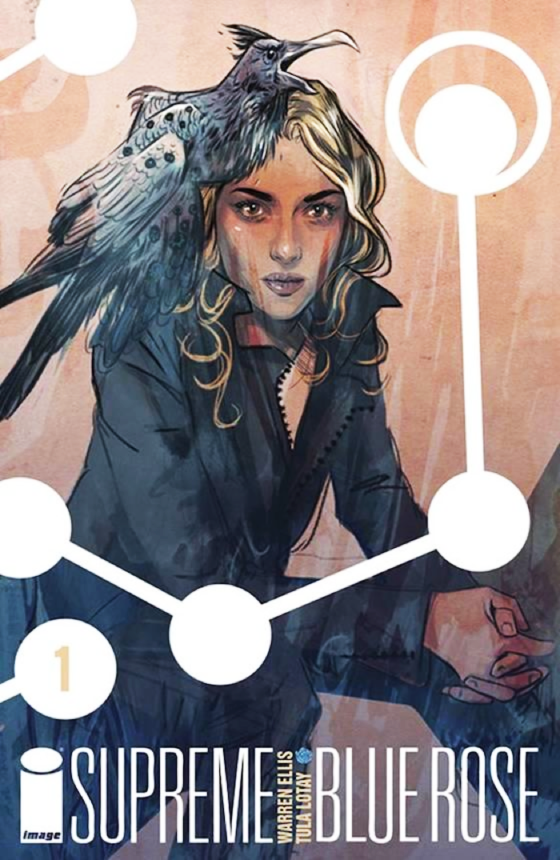 OMEGA-LEVEL Book of the Week!

You are not dreaming.

We are trying to communicate with you.

Local reality has been reinstalled.

The revision has corrupted.

We are speaking to you from the ultimate bunker within the structure of multiversal time.

Do not trust Darius Dax.

We are all going to die.

Yo, I think it’s safe to say the Warren Ellis is back-back, right?  With Moon Knight, Trees, and now his reconstruction of the Supreme-mythos, he’s delivered three titles with very different themes and structures and absolutely knocked them out of the damned park.  With Blue Rose, Ellis tackles Rob Liefeld’s Superman clone Supreme, made somewhat popular by Alan Moore’s late 90’s/early 00’s interesting metafictional reconstruction of Golden and Silver Age Superman through its pages.  Since the character really only acts as a cipher to tell perhaps more interesting Superman stories without involving DC, Supreme is being used again by Ellis, reimagining the mythos within his own warped sensibilities.  As a huge fan of Moore’s run on Supreme, I’m loving that Ellis is again tackling the character, but through his own lens.  I say his own, but he’s accompanied by an artist that we’ll soon all be familiar with, Tula Lotay.  Lotay’s work here, her first in comics, isn’t a great exercise in cartooning, but is nevertheless astonishingly beautiful to look at.  The line work is soft, and the colors swirl and pop off the page.  This again separates this Supreme book from any other iteration, less classic superhero fare and more in line with contemporary sci-fi genre comics.  In fact, the lead character in the story is not Supreme, but Diana Dane, an investigative reporter and previous supporting character in the Supreme mythos.  The reason this book resonates so much is that comics often reboot and wind up telling the same story but with a modern spin.  However, with Supreme Blue Rose, Ellis is pulling out all the stops and giving us the reboot that no one asked for, but deserve nonetheless.  We need innovative writers holding these stories up to the light and finding new ways to present them.  Let the children have their new52s.  Give me Old Man Ellis and his funky reboots of Superman clones any day.  (But seriously, if you want to read the best non-Superman Superman story, check out Moore’s “Supreme: The Story of the Year” trade)

If this issue doesn’t blow your hair back and give you the ability to shoot laser beams out your eyes, then you must just not love comics. That simple. An absolutely gorgeous issue cover-to-cover, James Stokoe (Won-Ton Soup, Orc Stain, Godzilla) grand-slams his full-issue Marvel debut into the stratosphere with his insane Avengers vs. Mole People romp. There is a two-page spread in the front of this book that will take hours to pore over to discover all the little, fun details the artist has added. An amazingly fun comic, and not for the weak of heart, because you will either fall madly in love or drop dead on the spot.

Other Marvel?: Storm #1 courtesy of Greg Pak and Victor Ibanez. One of the coolest X-chicas gets her own book, and Pak knows how to deliver. 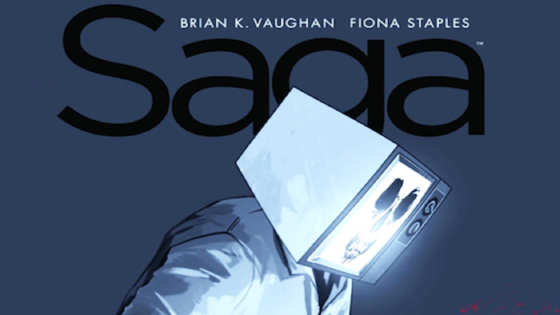 Another issue in, another issue filled with love, sex, violence, family, humor, death, revenge, and compassion. Can’t say much more about the awesome book that has everything awesome. This issue is much more robot-centric, but rightly so, as they’re part in the story has been mostly secondary. Time to change that, as revolution begins and a prince comes back into play. 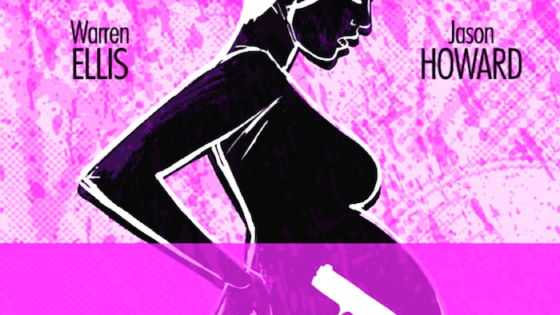 In many ways so far this book reminds me of the television show LOST, or, at least the good parts of it anyways. While we are presented with the trauma of the “Trees” coming to Earth, it isn’t so much the mystery of them that is intriguing, but the lives of those it affects. We are hoodwinked into thinking that the enormity of what the trees means to humanity is the story, when the good stuff is the character work going on underneath. Another Warren Ellis jam proving that when he wants to be awesome, he knows how to flip the switch. 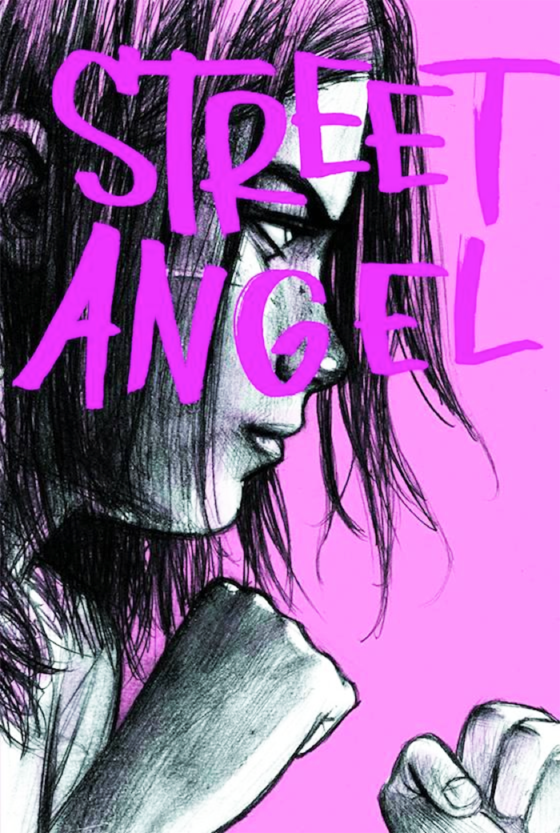 Get your paws on this awesome re-release of the series that turned me on to Jim Rugg, one of the best design-artists in the comic game. The protagonist is a young teen named Jesse Sanchez, a homeless girl but still the City’s best bareknuckle crime-and-ninja fighter. If I can think of a book that comes close to what this book is about, my first instinct is to say Ms. Marvel with a lot more edge, and more bitingly funny, but not without those same softer moments. If you’re in your local shop and see it, at least give the pages a flip-through and check out Rugg’s panel layout, his lettering (his characters kick letters off the page, and other neat tricks), and his deft character work. This is a book no one should sleep on. 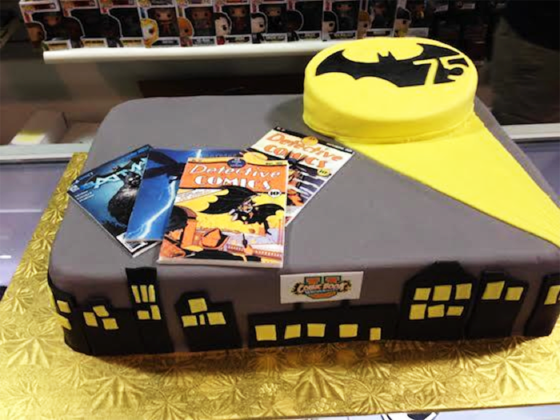 You may also notice at your LCS that as well as Batman #33, the final chapter in the Zero Year story, is dropping, DC is also taking this week to celebrate Batman’s 75th Birthday! If your LCS is cool like mine there will be some free Batman masks you can then use to help rob the Vietnamese nail salon next door! If they are super-cool like mine they will also have one of these special cakes made to honor that rich white guy that dresses like an asshole and beats up on the poor and/or mentally infirm! (Special shoutout to CBU in Greenwood, IN on the awesome cake!)

That’s gonna do it for me this week, folks, but make sure you hop down in the comments below and tell me how stupid I am for not recommending any DC titles (I kinda did, Batman is decent), but if you disagree with me on the awesomeness of that Stokoe issue I swear to God I will find you and fight you in a fisticuffs match. No joke.