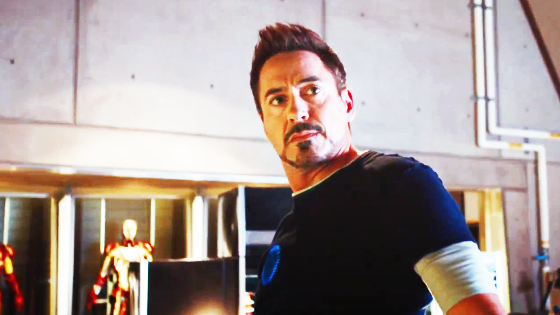 You know, I thought RDJ was pretty convincing last year when he made it seem like he was getting out of the Iron Man game after Avengers…3? But at the same time, my cynical thought was “If they kiss his ass and throw truck-fuck-loads of money at him, he’ll return.” It seems that my cynicism will win out.

(Or is it pragmatism?)

As the Marvel-verse expands, so too does the frequent speculation about what movies will come next, which characters will return and how they’ll be incorporated. But undoubtedly, the highest paid actor in Hollywood, Robert Downey Jr., can be credited with much of the comic studio’s success. Frankly, if it weren’t for “Iron Man” not only being successful, but become a major franchise in its own right, Marvel likely wouldn’t be where they are today. But still, he’s coy about whether or not “Iron Man 4” will happen.

“It’s down to Kevin [Feige, Marvel Studios president] and Ike [Perlmutter, CEO of Marvel Entertainment] and Disney to come to us with what the proposal is, and that’s on us to agree or disagree,” Downey told EW. “When things are going great, there’s a lot of agreement.” Basically, it sounds like RDJ still wants to be courted and treated like the star attraction he is, and why not? He’s been central to Marvel throughout their first two Phases, and so it behooves them to play nice.