Archives
« BOBA FETT movie is being written by LAWRENCE KASDAN.
‘STAR WARS’ comics are moving to MARVEL. No Duh++ » 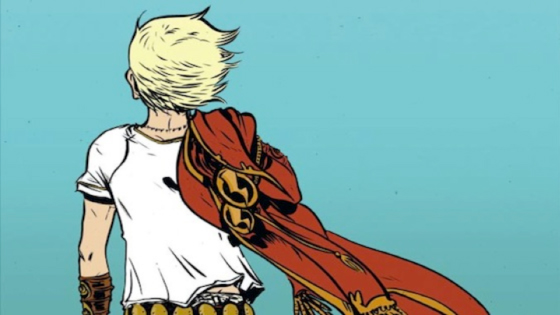 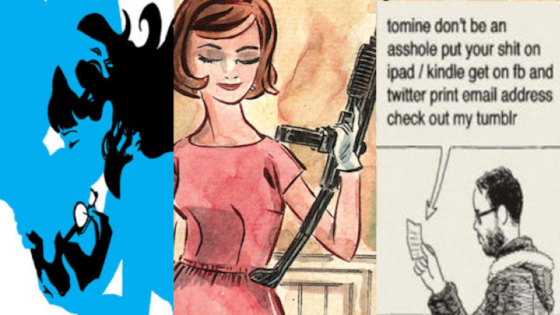 An event that spanned the cosmos, brought Thanos back into fold, and had a ton of great character moments from all the Avengers.  Though a little anti-climactic after the battle with the Builders, Jonathan Hickman delivered a widescreen tale worth of the Infinity moniker.

Greg Rucka researched the shit out of biotechnology to bring us the tale of Forever Carlyle, an enforcer for one of the super-rich families that run the country in near-future America.  Her gift?  She cannot die.  And though robbed of what ultimately makes us all human, she remains one of the most human characters in the book, as the family who controls her are just the type of monsters you’d expect to be running (and ruining) the country.  The palpable synergy between Rucka and  former Gotham Central collaborator Michael Lark is as fierce and brilliant as ever.

Writer/artist Matt Kindt continues to confound and surprise readers each month with this take on the spy-thriller genre.  Even though the dude writes a ton of books for the Big Two, each month this book comes out on time, and maintains not only a high level of quality, but finding innovative ways to present the story – “Clever” is Kindt’s middle name.  If you haven’t read this book yet, the affordable and beautiful hardcovers are a welcome addition to any bookshelf.

Even the subversively humorous title to the book is a hint at the fun that writer Matt Fraction and artist Chip Zdarsky are having with their tale of two bank robbers who can stop time with their orgasms.  What is overshadowed about this book, however, is just how damned honest and heartfelt this book looks at sex – how we learn about it, how it comes into our lives, and how we learn to enjoy it.  With two lovable and relatable lead characters, this book is more than the sum of its naughty parts.  There is nothing like this book on the stands.

I spoke about this book at length in last week’s column, and it rightfully deserves a spot on the Best of 2013 countdown.  An epic adventure and love story, told in a bold, creatively ambitious manner that almost demands the readers attention.  Writer/artist Jeff Lemire is one of today’s brightest talents, and this book proves why.

Jonathan Hickman loves to present dark, nihilistic stories that often subvert our perceptions of heroism, if such a concept even exists to Hickman.  This is no truer than in Manhattan Projects, an insane alt-universe romp through Cold War Era science with some fantastic (and fantastically funny) versions of some of our beloved science heroes of that time.  Brought to life through the art of Nick Pitarra, whose art is reminiscent of a more cartoonish Frank Quitely, Projects is fun for history buffs and sci-fi nerds alike.

The first issue of the book in two years, 2013 finally saw the release of the 13th issue of Adrian Tomine’s long-running series.  Containing just three stories, each beautifully rendered by Tomine’s fine cartooning, and well worth the $6 every two years (or so) price tag.  Running the gamut of dark humor, to melancholy, to outright hilarity, Adrian Tomine again knocks another issue out of the park.

Any new Paul Pope is a cause for celebration round these parts, and Battling Boy certainly justifies the joy.  Equal parts teen coming-of-age tale and modern myth creation (aka “superheroics”), Battling Boy is smart, funny, uplifting, and in a post-Watchmen world it is always nice to see comics try to reach for the light rather than root in the gutters.  This book would have certainly cracked the top 5 had it not been in digest form.  Paul Pope’s art demands a wider canvas, and certainly when so many of the scenes in Battling Boy had an epic, widescreen feel.  This book should have been bigger. 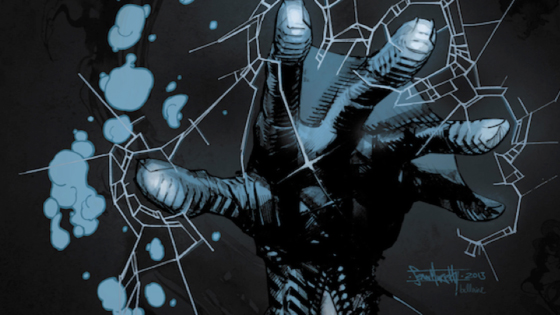 DC ran through their yearly quota on black ink to produce this pulse-pounding, nightmarish, epic sci-fi thriller, and one of our favorite books of 2013.  Writer Scott Snyder and artist Sean Murphy make the underwater depths of this tale positively claustrophobic – a story that starts off as Alien, progresses to Aliens, and by issue 4 it’s turned into goddamned Pacific Rim!  Constantly surprising and action-packed, Snyder also gives the characters the necessary weight to bring audiences to care whether they live or die, if only long enough to find out the mystery of what in the ACTUAL FUCK is going on beneath the waves.  Issue 5 was a jaw-dropper, bringing us right back to the small, almost forgettable scene that began the first issue, and sets up the “2nd Season” of the book quite nicely for 2014. 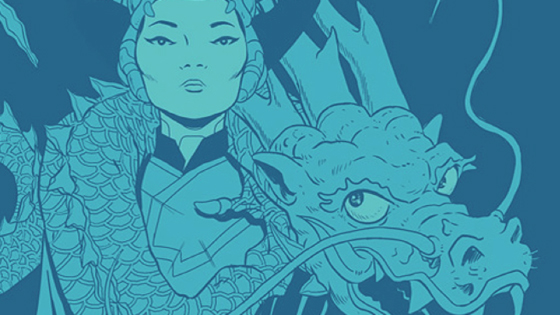 “You have earned what is coming to you.” – Death

With those words, writer Jonathan Hickman not only clues us in on Death’s mission statement for the series – he, like Kill Bill’s Bride, is a man left for dead, now back in action and on the path of revenge – but to the readers as well.  This tale has no heroes, this futuristic false-America a dark reflection of a society without morals, and this story can only end one way:  badly.  For all of us.  Combining elements of post-apocalyptic horror, Westerns, science fiction, and alt-history fiction, Hickman and artist Nick Dragotta are going for broke, and leaving no survivors in their wake.  Misanthropic and violent, East of West is a complete stunner of a book. 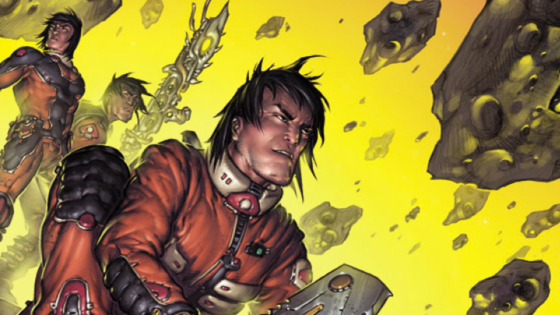 I am humbled and awed by the boundless creativity injects into Prophet each month.  Now in it’s second full year, the book is more than just weird, psuedo-scientific, fantastical wordplay – it’s a complete re-imagining of a world that most people thought could not be mined for anything of quality – Rob Liefeld’s old Image “Extreme Studios” creations.  From the pages of Youngblood, those characters are now almost completely unrecognizable some 5,000 years in the future – DieHard a centaur/cyborg, Badrock and his children now living planets strewn throughout the cosmos, Supreme’s sister Suprema now a being of light, and Prophet himself – cloned countless times, in countless variations.  There is a master plan of Graham’s that is coming to fruition more clearly in 2013, and 2014, with the help of artists/co-creators Simon Roy and Giannis Milogiannis, should be another immersive and bizarre exploration of Brandon Grahams sci-fi epic. 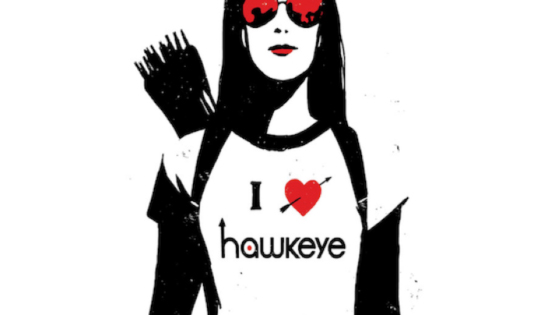 When we talk of creative teams creating “seminal” or “definitive” runs on books, we are speaking to the way in which the character was changed in a way that you could not think of him without thinking of the stories written during the “definitive” run.  Frank Miller on Daredevil, Chris Claremont on X-Men, Peter David on Hulk – these are “definitive” runs.  I submit that with Matt Fraction and David Aja’s turn on “Hawkeye,” we are witnessing another one of these moments; another one of these seminal runs in the life of a character.  Formerly the hotheaded, gaudy purple bespoken, kinda forgettable Avengers second stringer, Matt Fraction has turned Hawkeye into just a “Hawguy.”  Clint Barton is a great hero, but a lousy friend/lover/brother.  An immense talent when it comes to his job, but without the skillset to get the rest of his shit together.  You want to root for the guy because he is instantly relatable – he’s New Girl’s Nick Miller in spandex.  Surrounded by a growing cast of characters (including a second Hawkeye, Kate Bishop – now the “2nd lead” on the book), this is a book about a hard-luck dude just trying to do right, but who also happens to be one of the world’s greatest heroes.  A lovely conceit, and the best superhero book on the stands. 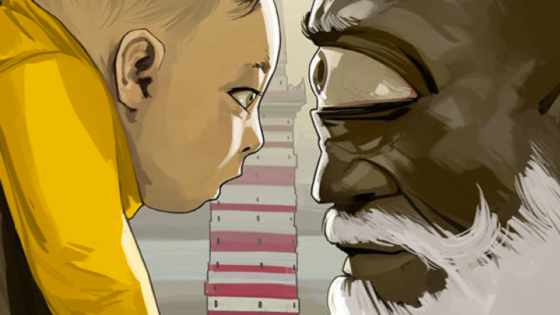 Was there ever much question which book would take the top spot?  An overwhelming favorite on Spaceship Omega, Saga is a book that lives and breathes.  Its characters are so realistically portrayed, their motivations, actions, and words so relatable, the book comes with its own pulse.  From the PTSD Prince Robot IV, to the scorned and horned ex-Gwendolyn, to the liberal-minded, subversive anti-war novelist, cyclopean D. Oswald Heist, you can hardly believe these people are aliens and robots.  That’s the beauty of Brian K. Vaughan and Fiona Staple’s sci-fi epic.  The sci-fi is but window dressing to a very real, very affecting story about family, and about life during wartime.  There is very little sense of how “epic” this story is, because BKV keeps most of the scenes small, and personal.  Characters come first in this “star war.”  Even smaller characters like journalists Upsher and Doff aren’t of the cookie-cutter variety – they are fully realized beings.  Doing her fair share of the heavy lifting, Fiona Staples has been a revelation on art chores.  Not only is she the mastermind behind much of the look of the book, but her skill at facial expressions and body language is impressive, and only makes the reading experience that much more real.  And in a world where there are teenage ghosts, living planets, and cats that can detect lies, immersive might seem hard to come by.  BKV and Staples make the experience effortless, and is far and away the Omega Level Best Comic of 2013!